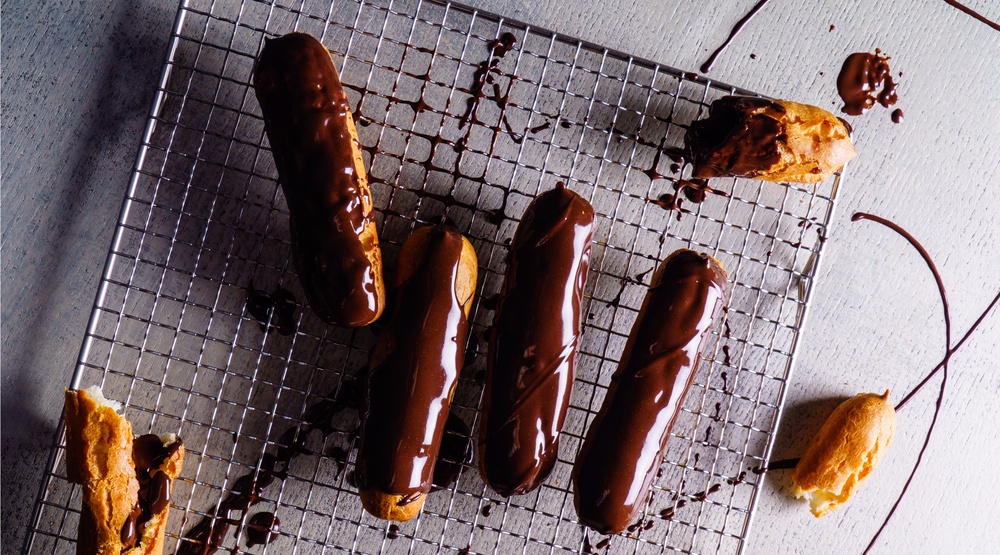 It’s almost March and that means we’re that much closer to spring, Vancouver.

While we’re waiting for the official start of spring on March 20, let’s get involved in some foodie events to help us pass the time and make the tail end of winter both bearable and delicious. From wine and beer to French pastries and meatballs – this is going to be one delicious month.

Here are 18 Vancouver food events to check out in March. We’ll keep adding events as we go, and look for our weekly food events listings, too.

Get into the spirit of Mardi Gras right here in Vancouver as Mamie Taylor’s, will let the good times roll with a special, Mardi Gras-themed menu running for two weeks, from Friday, February 17 to Friday, March 3. Beginning at 5 pm daily, the Mardi Gras Fresh Sheet will feature down-home Cajun and Creole delicacies such as Turtle Soup, Jumbalaya, and traditional Gumbo, complemented by classic New Orleans cocktails such as the Vieux Carré, the Sazerac and the Hurricane. Plus King Cake for dessert (if your piece has the hidden surprise–a jade rooster–your slice is free!). No reservations required. (The regular menu is also available, too!)

When: Every Sunday in March and April from 6 pm to 10 pm
Where: 845 Burrard Street, Vancouver
Tickets: $49 plus beverages; buy via Eventbrite

In this partially hands-on class guests will learn how to make meatballs, marinara, and banana bread. People will be provided with recipes to take home and they will also get to leave with what is made during the class – so be sure to bring containers. Participants in the class can expect a glass of wine and a welcome snack

To celebrate one of the great communal eating dishes enjoyed in our city, eight of Vancouver’s top chefs will compete in the 4th annual Curry Cup. Join the Chefs’ Table Society of British Columbia and its panel of participating chefs and judges for this fun event. Parts of the proceeds will be given to Project Chef.

Like you need a reason to eat pancakes! But in case you do, March 7 is National Pancake Day, which means IHOP will be doing its usual freebie day. Expect long lines, but then again, no complaints when you’re getting a short stack for no bucks (unless you want to leave a donation for BC Children’s Hospital Foundation–the event is a fundraiser, after all).

When: Tuesday March 7
Where: There are 11 IHOP locations in Metro Vancouver. Use their website to find the one nearest you.

Honour International Women’s Day with a dinner celebrating women in brewing in BC. CRAFT in Olympic Village is holding a beer pairing dinner, which kicks off with a welcome beer at 6 pm, followed by a three-course set menu dinner with beer pairings starting at 6:30 pm. Featured beers are from Faculty, Luppolo, Red Truck, and The Callister, Boombox & Lightheart collective.

Learn to make Pâte a Choux, or “choux pastry” as some call it. In the class, guests will make choux a la crème (cream puffs), profiteroles, chouquettes, and éclairs. People will get to pipe pastries, fill, and decorate them them to take home. Guests can enjoy a savoury welcome snacks and a glass of sparkling wine.

Get a taste of what’s brewing on BC’s Sunshine Coast at a beer pairing dinner at Vancouver’s Darby’s Pub. You’ll enjoy a 20oz welcome pint and a three-course dinner prepared by Chef Simon McLeod. Each course will be paired with a beer; the first with two Single Hop Pale Ales from Persephone, the second with a Belgian Oatmeal Single from Townsite, and the third an exciting collab. $5 from each ticket goes to Mealshare, too.

The Coquitlam Craft Beer Festival is Coquitlam’s original craft beer and food festival. The event showcases craft brews from over 30 breweries and features bites from ten local restaurants and caterers. This festival is a semi-annual two-day event that supports Team Taylor with the Ride to Conquer Cancer and the BC Cancer Foundation.

The BC Uncorked Food & Wine Festival is an event that showcases BC wine and food artisans. Festivalgoers here can expect 45 first class BC wineries, and with gourmet offerings from local restaurants, gastro-pubs, and caterers. The event also enlightens the wine enthusiast by offering an exclusive master class prior to the general tasting that adds to the pleasure of enjoying the world class wines of British Columbia.

Ready to tangle up two tantalizing Asian cuisines? Chef Angus An of Vancouver’s celebrated Thai spot Maenam will join Vikram Vij in the kitchen of My Shanti in South Surrey for one night of culinary creativity at the “Mae Shanti” collaboration dinner. This Asian curry showdown will take place over five courses where both Chefs and their teams will prepare dishes for the one-night-only event. The event is ticket-only.

When: Monday, March 13 at 6 pm
Where: My Shanti – 15869 Croydon Drive, Surrey
Tickets: Reservations for the $125 per person (including tax and gratuity) dinner, can be made by emailing: [email protected] with the subject line “Mae Shanti.”

Two local Vancouver chefs, Farmer’s Apprentice’s David Gunawan and Kinome Japanese Kitchen’s Ryoma Matarai, are joining forces to present a pair of exclusive six-course dinners at their respective restaurants on March 13 and 27. This dinner will feature dishes like Herring, Hay Smoked Bonito Tataki, and Aged Tamworth and Berkshire Pork with Fresh Bamboo to name a few.

Blue Plate Bonanza is back at Joe Fortes. This means during lunch on weekdays between March 13 and 24 guests can order ‘blue plate’ items for only $9.95 each. The selection of dishes includes Seafood Pot Pie, Thai BBQ Chicken, Panko Crusted Haddock, Fried Chicken, and West Coast Fish Cakes.

When: Monday, March 13 to Friday, March 24 during lunch on weekdays
Where: 777 Thurlow Street, Vancouver

Join Chef de Cuisine Garett Blundell and Moët & Chandon winemaker Amine Ghanem for a multi-course dinner paired with four champagnes.  Features on this menu include Cheese Gougère, Oyster with Citrus Espuma, and Lobster with Caviar to name a few.

Learn how to make white wine mussels, salmon wellington, and white fish wraps in this class. Guests will get to taste everything made during the class along with a savoury welcome snack and a glass of white wine.

Back for its 23rd year, Dining Out For Life is taking place on Thursday, March 30. This popular fundraiser is an annual dining event that aims to raise money for AIDS service organizers. Participating restaurants will donate 25% of their food sales to support those affected by HIV and AIDS. Check out the full list of participating restaurants and see when they are serving the Dine Out For Life meals and treats.

When: Thursday, March 30
Where: Participating restaurants in Vancouver

With files from Lindsay William-Ross