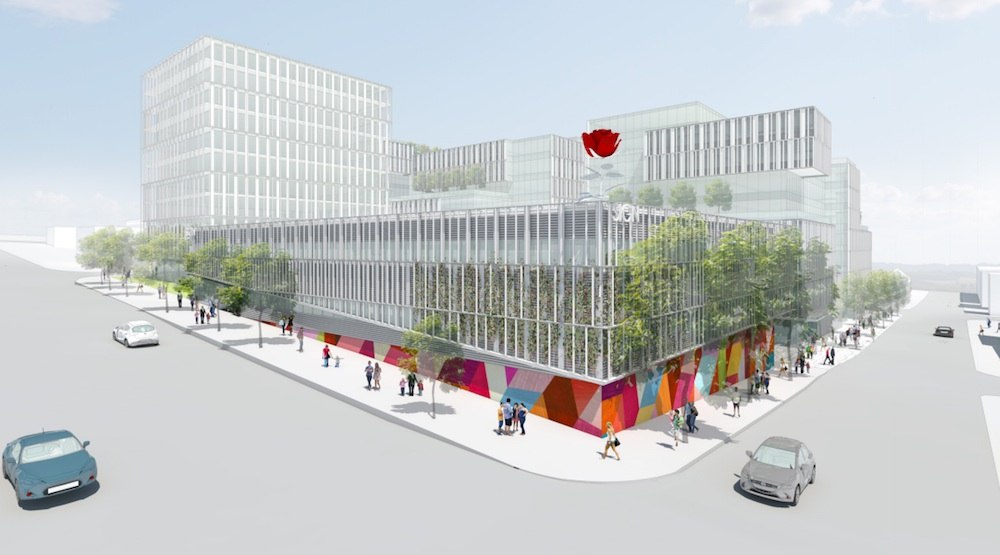 If this project is approved, it will become the first phase of a plan to build a major purpose-built digital media and tech campus in Vancouver’s Mount Pleasant district.

Local developer Westbank has submitted a development application to the City of Vancouver to extensively renovate a large office building at the southwest corner of Main Street and East 4th Avenue.

The building at 2015 Main Street is currently used as a processing and storage centre for Royal Bank of Canada on the lower level and a call centre on the upper levels. During a previous interview with Daily Hive, Westbank founder and CEO Ian Gillespie said the building will be repurposed as a space for Hootsuite, which will be just one of the tenants in the overall campus redevelopment consisting of both new and repurposed buildings.

“These won’t just be buildings housing just Hootsuite,” said Gillespie. “What we want to do is bring a half dozen firms that are in that digital space altogether, and if other landlords do the same you’ll get an exciting critical mass of these companies.”

Gillespie and Hootsuite CEO Ryan Holmes formed a “personal partnership” in 2015 to conceive the new campus, and shortly after they acquired the buildings on the entire city block for $40.5 million. 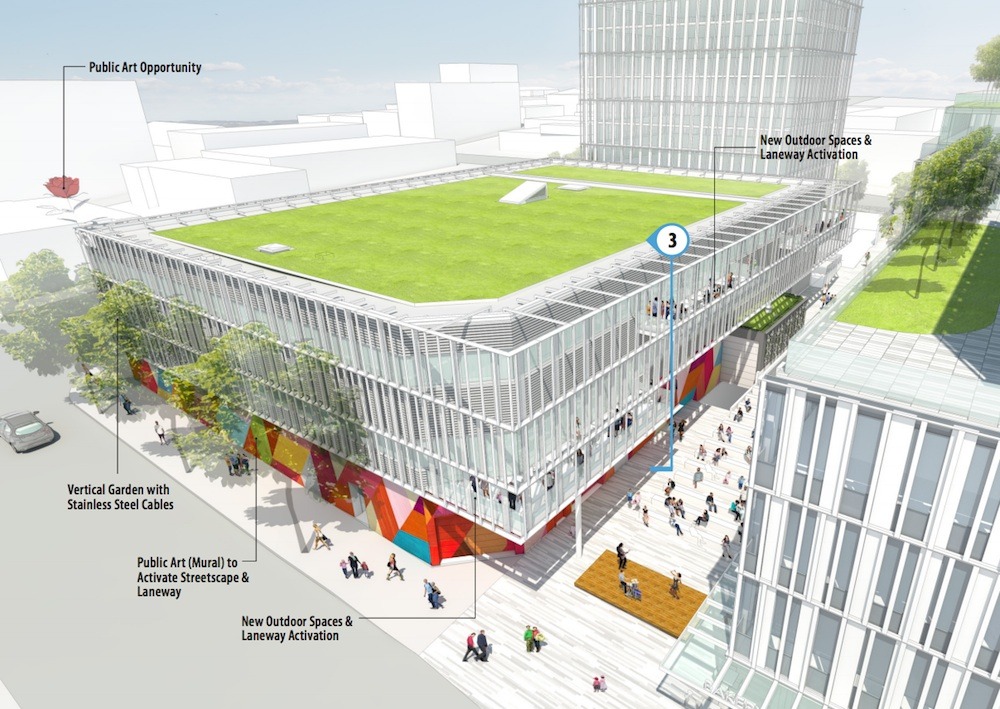 According to the the application, the renovation of this existing building is intended to be a “catalyst for the multiple phase campus development.”

Designed by Vancouver-based Henriquez Partners Architects and landscape architecture firm Hapa Collaborative, the exterior facade of the building will be retrofitted with a new “living screen” for vertical planting that hangs “like a veil” to “breath new life” into the building and aesthetically connect it with the planned new campus buildings on the immediately adjacent sites.

The base of the building fronting Main Street, East 5th Avenue, and a new plaza-like laneway is intended to become a canvas space for murals, which acknowledges the area’s reputation for creativity and its role as the host neighbourhood for the annual Vancouver Mural Festival. 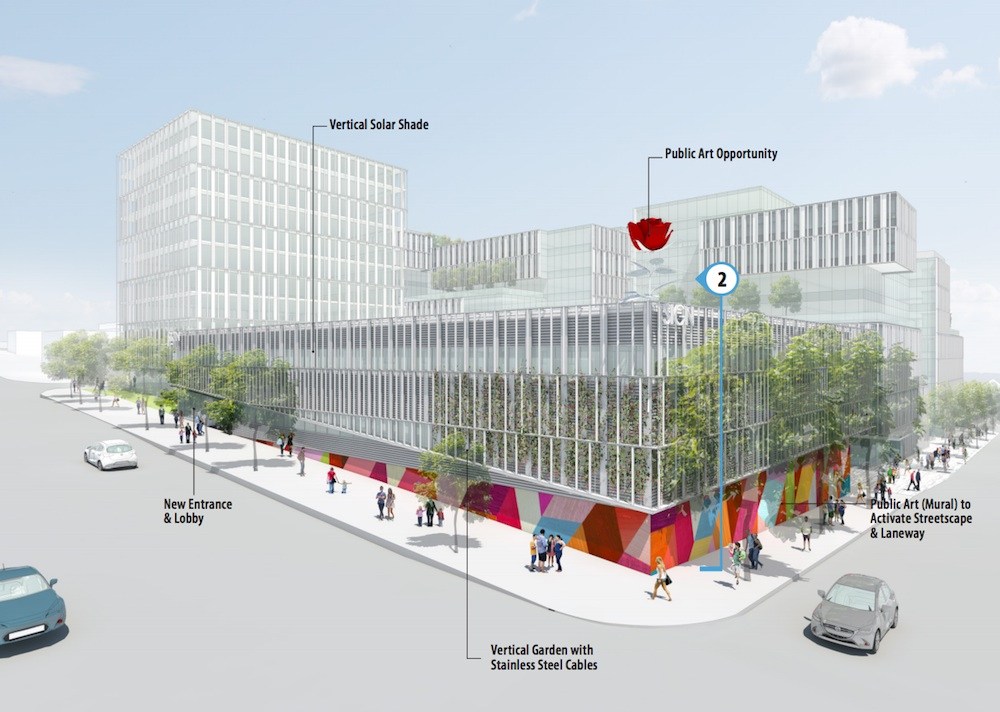 A future phase of the project will replace the existing roof with a green roof.

Artistic renderings for the renovation project show both the designs of the retrofitted building as well as the future new buildings sharing the space on the city block-sized campus. The new buildings are subject to separate development permits.

If all goes as planned, the entire new multi-building campus could be a catalyst for Mount Pleasant’s full conversion into Vancouver’s main hub for the digital media and tech industries.

Westbank is also behind another major tech project in Vancouver – a 301-foot-tall, 24-storey office tower with a shape inspired by Japanese noguchi lamps, on Homer Street right next to TELUS Garden. 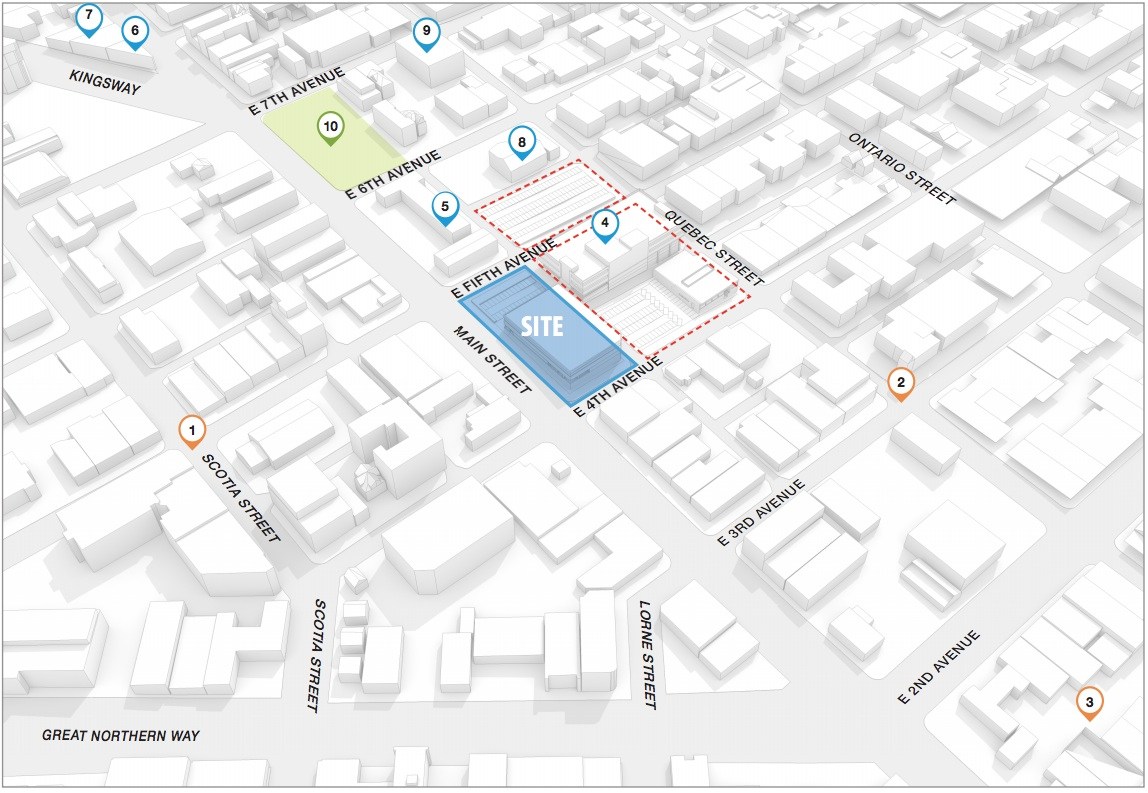