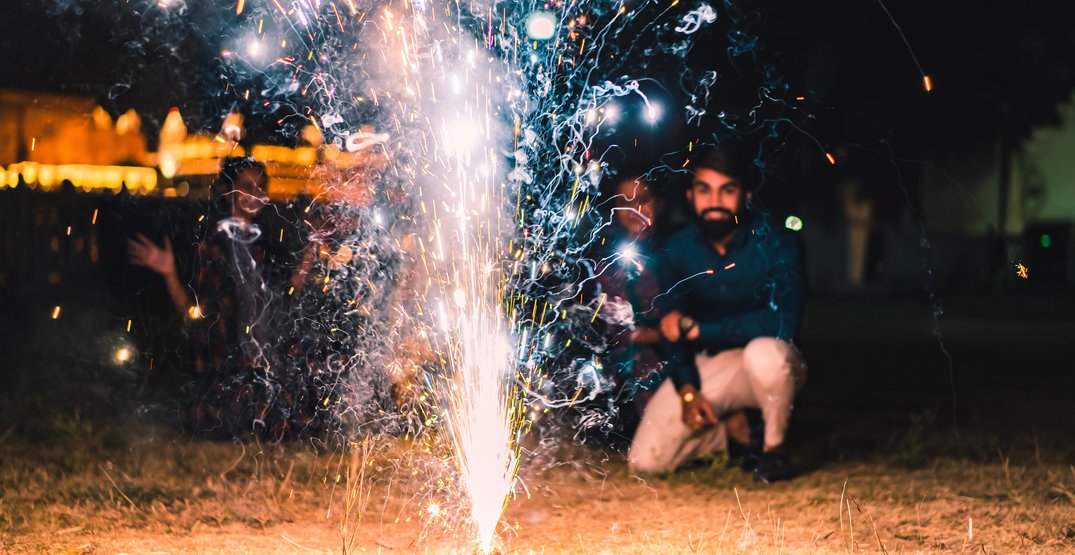 It will still take some time for the City of Vancouver to determine whether or not residents will be able to light consumer-grade fireworks at their private residence for religious and cultural events like Diwali.

Earlier this week, city council approved a motion to ban both the use and sale of retail fireworks in Vancouver.

The motion was introduced by Councillor Pete Fry in October. He argued that the Vancouver Police Department faces escalating calls for fireworks-related issues in the five days leading up to October 31, and that the average damages and costs from consumer fireworks over the last 12 years is $379,000 per year.

The city has made an exception for “larger-scale city events such as New Year’s Eve, Canada Day, the Celebration of Light, or cultural and religious occasions like Diwali” but did not specify if this exception would also apply to residents wanting to use fireworks on their private property for cultural celebrations.

Diwali, known as the Indian festival of lights, takes place between mid-October and mid-November. Families celebrate by filling their homes with light — whether it be turning on their Christmas lights, lighting sparklers and/or candles, or using fireworks.

In a statement, the City of Vancouver told Daily Hive that it would decide on exemptions regarding using fireworks for cultural and religious celebrations on private property sometime next year.

“City Council has directed staff to work with both Vancouver Fire and Rescue Services and the Vancouver Police Department to create a plan to ban the retail sale and use of consumer fireworks in Vancouver,” the city said in a written statement.

“As part of the plan, staff will look at exemptions to allow use of fireworks during large scale events and cultural/religious holidays. Details regarding use on private property will be clarified in the report. Staff will report back to Council with the plan next year.”

The fireworks ban in Vancouver will not take effect until 2021.