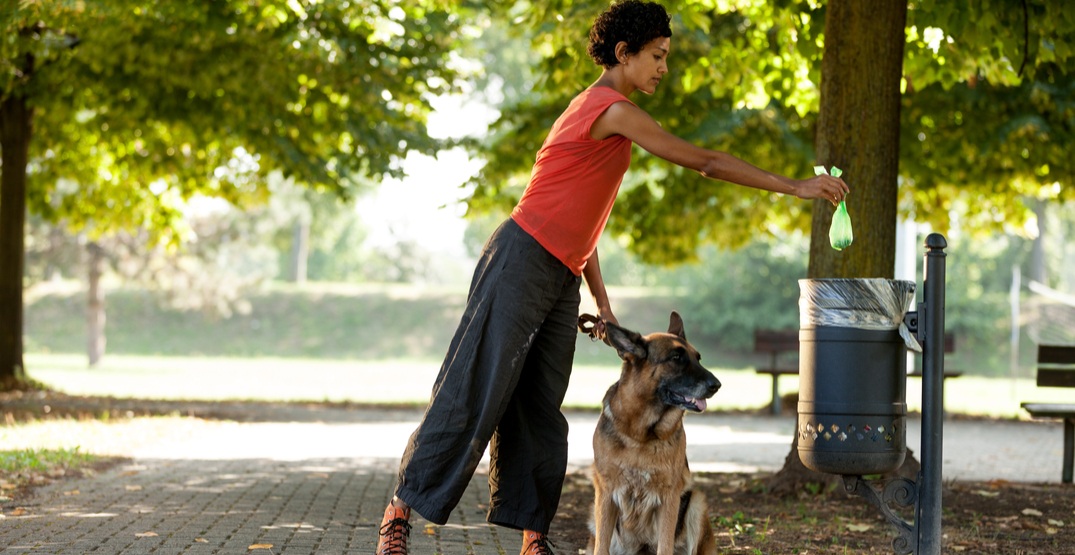 A City Councillor is introducing a motion to expand dog waste collection in Vancouver.

Two more parks are expected to be added to the project over the coming year, but City Councillor Sarah Kirby-Yung wants to see the program expand across the entire city.

“Dog waste at the landfill creates methane, a powerful greenhouse gas,” she writes in her motion. “Plus dog waste is not a fertilizer, and does not disappear in the rain.”

One of Kirby-Yung’s key arguments is that when red dog waste carts can’t be found in public spaces, a dog owner’s only option is to place waste bags in a regular trash can.

Not only does this contribute to the landfill, but bags of dog waste must be manually separated from the garbage before being taken to a treatment plant.

Also, there is currently only one vendor that provides dog waste services across multiple municipalities.

“The estimated dog population in Vancouver is between 32,390 and 55,947,” writes Kirby-Yung.  Metro Vancouver estimates that over 350,000 dogs produce dog waste per day.

The motion will be introduced and discussed on Tuesday, May 14.

Should it be resolved, staff members will begin researching the costs and barriers in expanding dog waste services around the city.

A report will also be provided in time for City Council to consider including an expansion to the city’s current program before the 2020 operating budget is released.