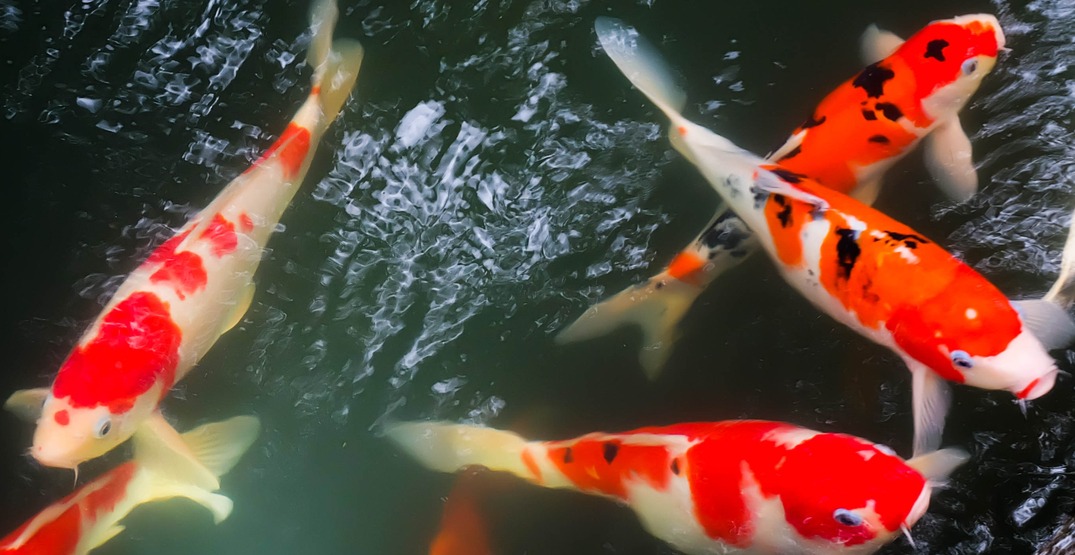 After a river otter entered the Dr. Sun Yat-Sen Classical Chinese Garden and killed 11 koi late last year, the fish who survived were removed from the pond and taken to the Vancouver Aquarium for safekeeping.

Now, the Vancouver Park Board (VPB) has announced that the Koi are coming back to the pond, with an official release event taking place this Thursday.

“Some juvenile koi have already been returned to the pond, in addition to donated adult koi from Nitobe Memorial Garden at the University of British Columbia and a private collector,” the VPB said.

“Koi embody positive connotations for many Asian cultures, from good luck and abundance to perseverance, and are often an important and symbolic part of classical Chinese gardens,” they added.

And for those wondering if people otter know better than to risk more decimation on the population of the prized fish, the VPB noted that it has modified the Garden’s entrance and exit points to deter future future visits from such unwelcome guests.

Still, the VPB admits that river otters are just part of life in the Vancouver’s urban ecosystem, and “can frequently be seen from the seawall, in False Creek, Jericho Park, and the Fraser River.”

Dr. Sun Yat-Sen Garden Society of Vancouver is a non-profit charitable organization that operates the garden under an agreement with the Vancouver Park Board.