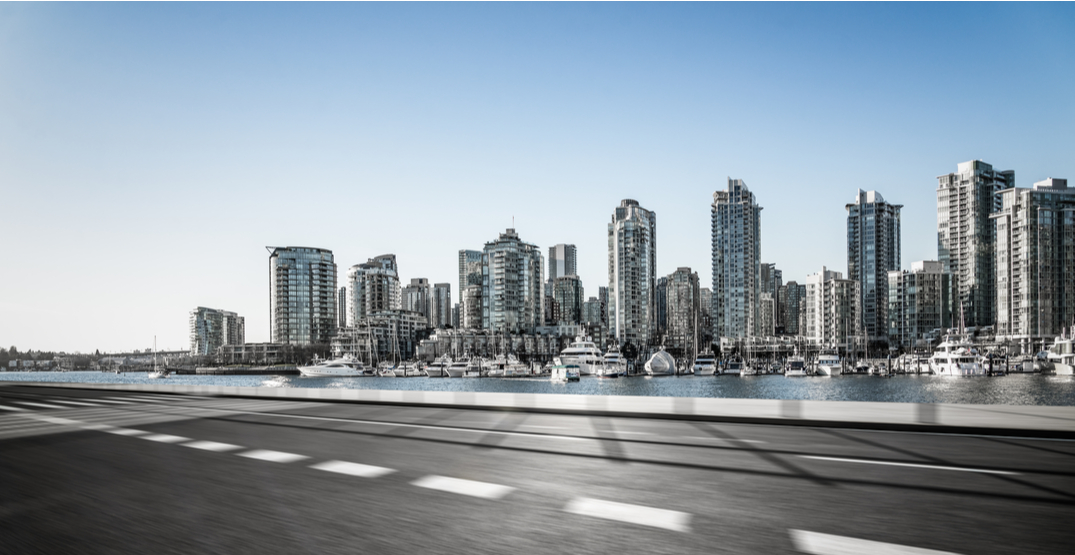 Start the first week of March the fun way! Here are 28 events in Vancouver happening from March 2 to March 5, including Vancouver Jewish Film Festival, Urban Grind, and more. 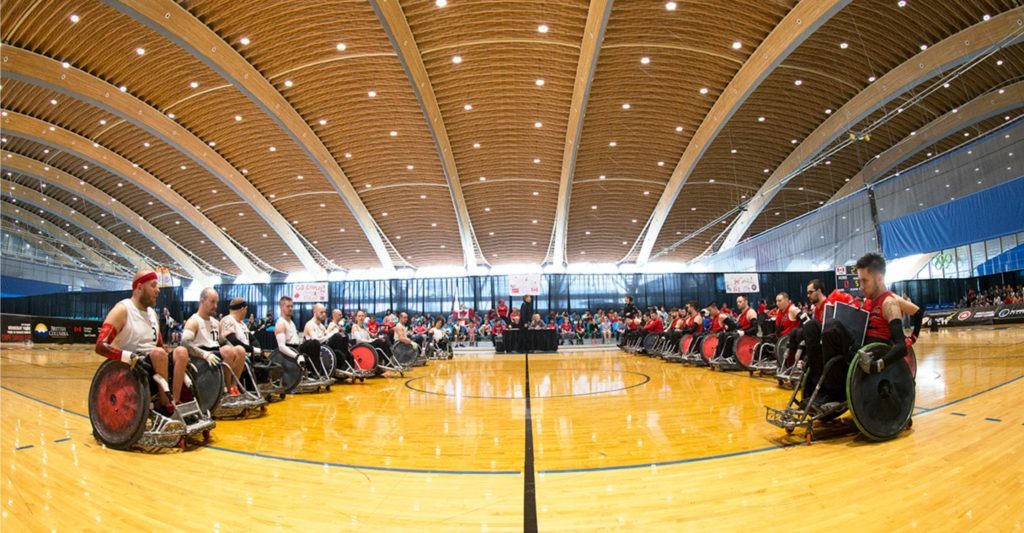 What: Richmond Olympic Oval hosts the IWRF Paralympic Qualification Tournament, with Canada, Sweden Germany, Switzerland, France, Brazil, Colombia, and Thailand competing for a chance to compete in the Tokyo 2020 Paralympic Games. Canada was drawn into Pool B, and the top two teams in the tournament will qualify for the 2020 Summer Paralympics wheelchair rugby tournament in Japan.

What: Shuvinai Ashoona: Mapping Worlds is a showcase of drawings by acclaimed Inuk artist Shuvinai Ashoona during the past two decades. Ashoona is best known for drawings that incorporate traditional Inuit motifs and other cultural references to create her own sophisticated and highly personal iconography.

The Bloom Group have been providing social services in Vancouver’s Downtown Eastside for over 50 years, including low-barrier shelters for women and children. Drinks and food specials are being served in the Rock Chute from 5 pm onwards. Also take part in the Shred Scavenger Hunt.

When: Every Monday until March 23, 2020
Times: 5 to 9:30 pm
Where: Mt Seymour – 1700 Mount Seymour Road, North Vancouver
Tickets: Women $15, Men $35. Tickets will be sold out of the ticket booths at the Season Pass & Ticket Office. Ticket and rental packages will be sold in the Alpine Activity Centre.

What: Local and international artists play original tracks and covers of popular Soul, R&B and Funk songs at Odd Trio – Soul Mondays at The 2nd Floor at Water St. Café.

When: Every Monday
Time: 7 to 10 am
Where: Water St. Cafe — 300 Water Street, Vancouver
Reservations: Online 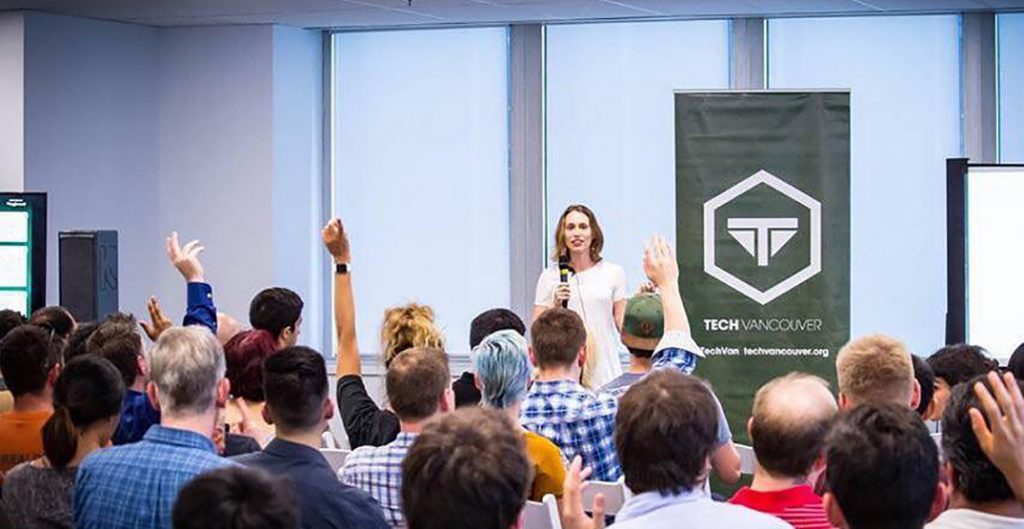 What: TechVancouver‘s next monthly gathering of Vancouver tech leaders and innovators is on March 2, at the Roundhouse Community Arts and Recreation Centre, with a focus on building tech companies for an uncertain future. This month’s speakers include Jeff Booth, Chairman of the board of directors of Terramera; Matt Toner, CEO of Biba Ventures Inc, and Angela Hamilton, Founder & CEO of Quupe.

What: The VJFF is longest-running Jewish film festival in Canada and is organized by the Vancouver Jewish Film Centre. This 31st annual festival features a variety of films that will be showcasing the diversity of Jewish culture. 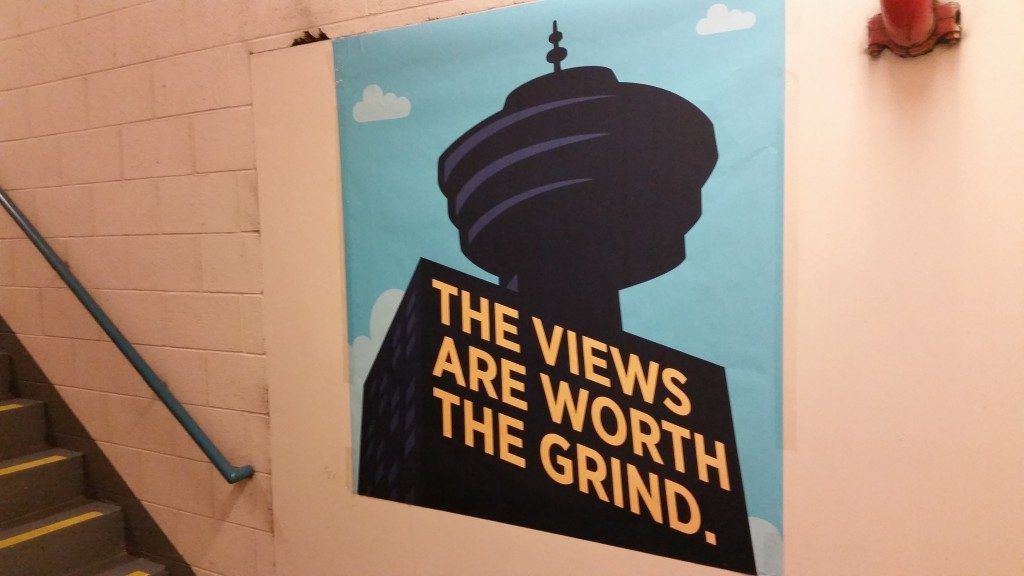 What: Vancouver’s annual Urban Grind is returning to the city for 2020. The 633-step climb takes place at Vancouver’s Harbour Centre and takes climbers to the tower’s iconic Lookout observation deck at the top of the building, 28 storeys high.

There’s a $5 entry fee to participate as many times as you wish during the day, and upon reaching the top, participants receive a free beer and a $5 voucher for the Harbour Centre’s food court. On March 31, a timing chip will be available for people who want to race to the top. The climb will also have a by-donation coat check. All proceeds from the coat check will benefit The Kettle Society, a local mental health charity.

What: The Study and Go Abroad Fair is a free event for students looking for undergraduate or postgraduate options at home or abroad. The expo offers an opportunity to meet directly with universities from around the world, and to learn about scholarships, admission requirements, and program options. Also featured is a Travel Zone with work abroad, volunteering, internships, and language travel programs.

When: March 3, 2020
Time: Feature Seminar starts at 1 pm. Expo hours from 2 to 6 pm
Where: Vancouver Convention Centre, East Building
Admission: Free, visitors can pre-register online or sign up on the day 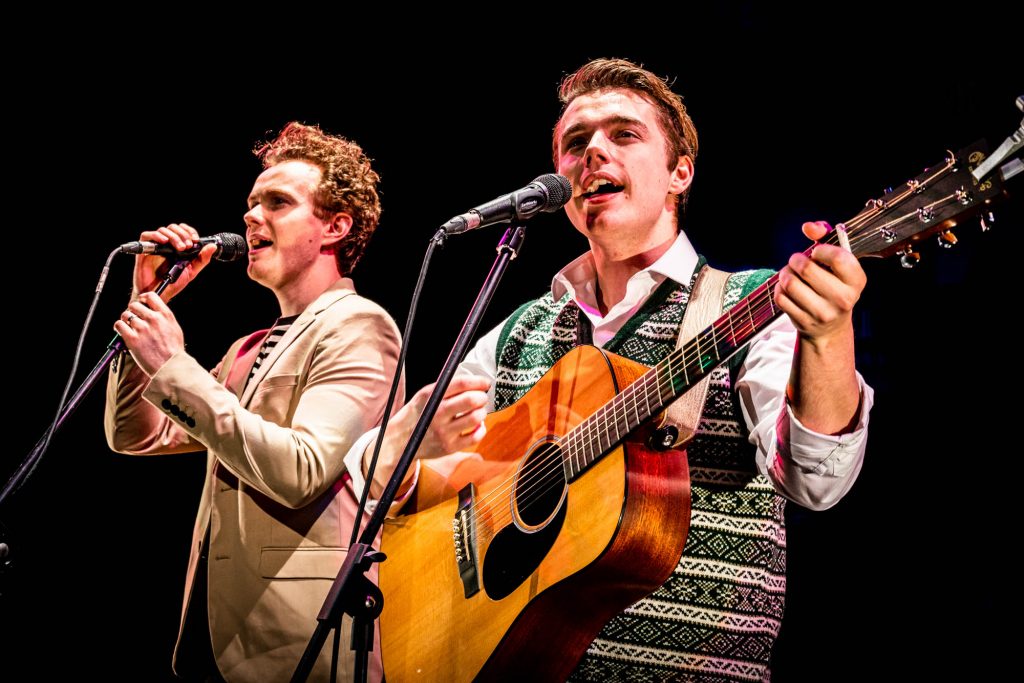 What: Quatro Entertainment brings The Simon & Garfunkel Story to Chan Centre on March 3. The tribute concert features a full live band performing all the duo’s hits along with giant projection photos and original film footage. Simon & Garfunkel won 10 Grammys and were inducted into the Rock and Roll Hall of Fame in 1990.

What: Touchstone Theatre and Alley Theatre present Inheritance: a choose-your-adventure experience. Abbey and Noah are on a trip to visit her father. They arrive to find him missing and a local Indigenous man, Frank, staying there instead. The play will be halted at key moments, with different plot paths shown on screen. The audience chooses with electronic voting devices what happens next.

What: The 15th annual Vancouver International Women in Film Festival celebrates the best of cinema created by women. As well as film screenings, the festival offers a variety of events including panels, artist talks, workshops, pitch sessions, an awards gala, and more.

What: Celtic Illusion is a combination of modern Irish dance and spellbinding magic. Led by Anthony Street, director, producer, choreographer, and lead dancer. Celtic Illusion has performed to sold out audiences since its debut in 2011. 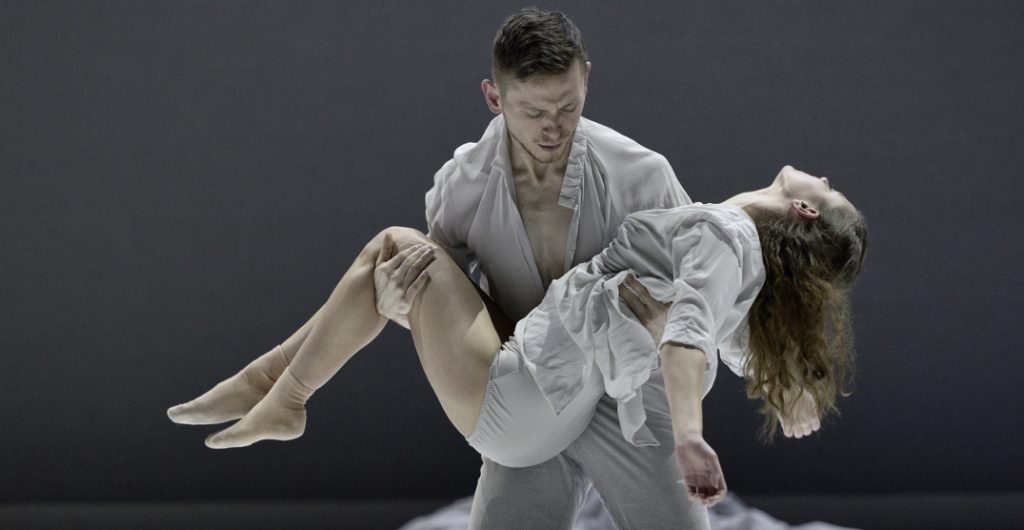 What: Ballet BC presents the tragic love story of Romeo + Juliet with score by Sergei Prokofiev and choreography by Medhi Walerski.

What: Vancouver Canucks take on the Arizona Coyotes at Rogers Arena on March 4. 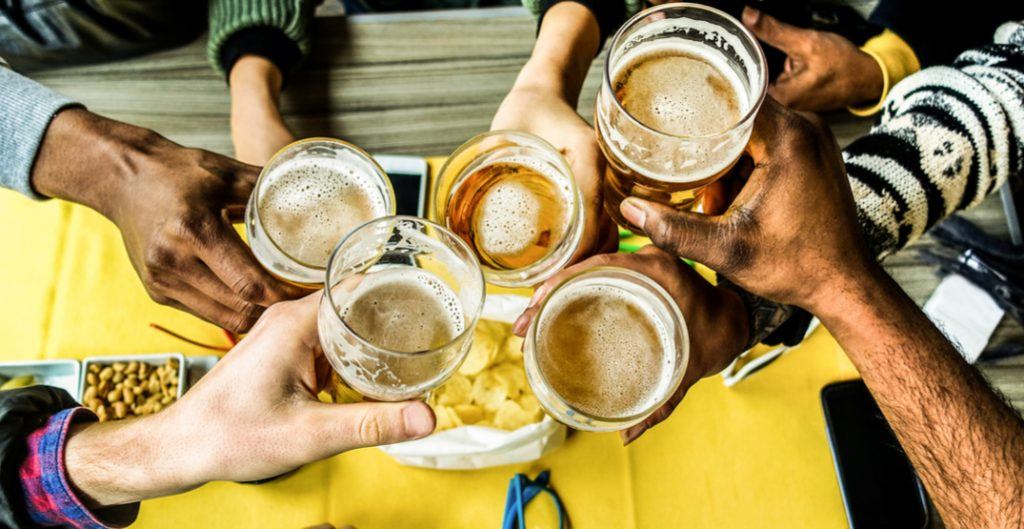 What: CRAFT Beer Market hosts Brewchella Beer & Beverage Festival, a sampling event of sips and bites. Attendees can sample from local breweries, enjoy live entertainment, favourites from the menu, and try over 20 new beers to CRAFT’s line-up of over 100 beers on tap.

What: Vancouver Writers Fest’s Incite hosts Dr. Jen Gunter, obstetrician and gynecologist and author of The Vagina Bible. In an interview conducted by sex and empowerment educator Saleema Noon, Gunter will talk about her new book and answer questions from the audience. 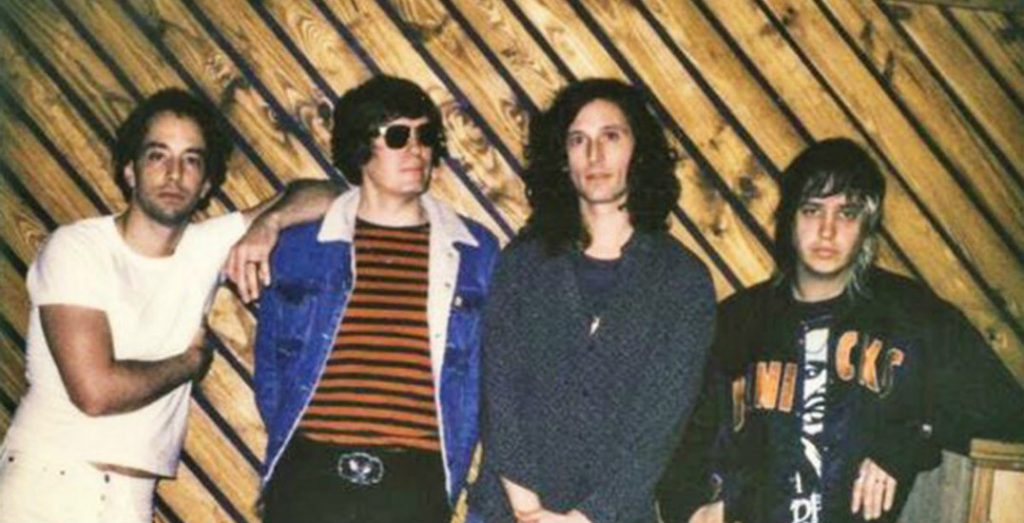 What: Iconic American Indie rock band The Strokes catapulted to fame in 2001 with the critically-acclaimed debut album, This Is It — ranked eighth on Rolling Stone’s “100 Best Debut Albums of All Time” and fourth on NME’s “Top 500 Albums of All Time.” The same members who formed the band in 1998 are still playing today: singer Julian Casablancas, guitarists Nick Valensi and Albert Hammond Jr, bassist Nikolai Fraiture, and drummer Fabrizio Moretti.

Their latest release The New Abnormal is The Strokes’ first full album since Comedown Machine in 2013.

What: Ron Long was a professional photographer at SFU for 36 years, with most of those years photographing exclusively for the Bio-Sciences Department. In his retirement, Ron has travelled to many nature hot spots around the globe, including recent visits to southern Africa, South America, Australia, and across North America. Ron will share photos from his extensive portfolio and share photography techniques that anyone can use. 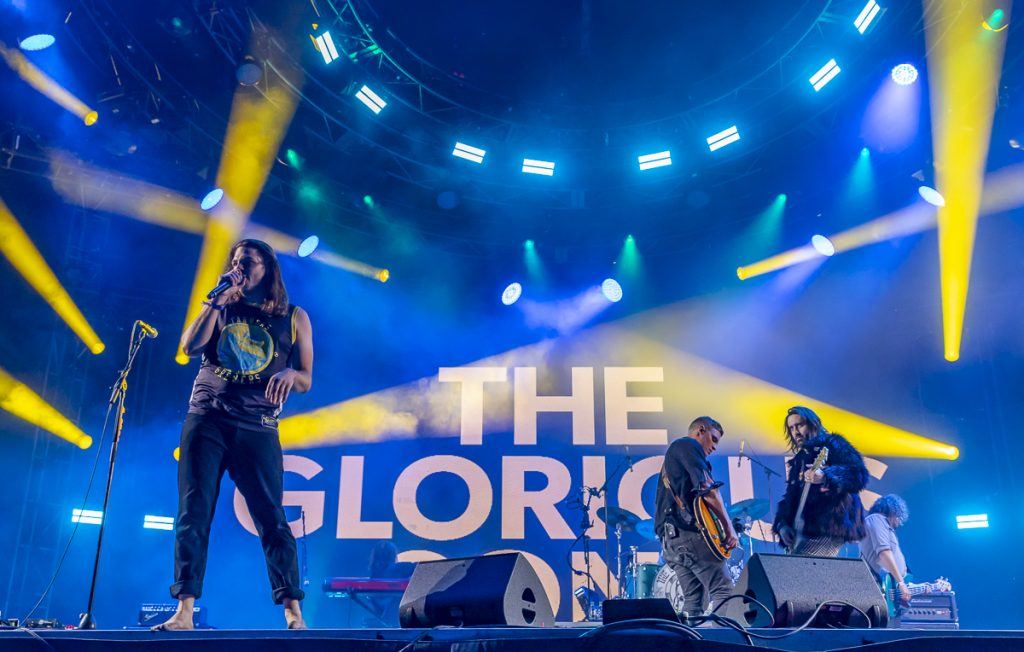 What: Kingston rockers and JUNO Award winners The Glorious Sons bring A War On Everything Tour to PNE Forum on March 5.

What: Sleepy Queers Productions presents Instant Oats with RuPaul’s drag star Gia Gunn. Gunn was one of the first to compete on RuPaul’s Drag Race as a transgender woman, and is a trans activist, model and performer. Instant Oats is a fundraiser for Now That I Found You: a queer musical being produced for the 2020 Vancouver Fringe Festiva, and features a lineup of East Van drag artists. Hosted by Dust.

Reuben And The Dark

What: Calgary indie folk band Reuben And The Dark are on tour in support of their latest album, un | love. Featuring special guest FAUX PRIX.

What: “An Ocean of Peace: 100 Years of Sikhs in New Westminster” explores and celebrates the Sikh community of New Westminster and its relationship to the Sukh Sagar Gurdwara — the spiritual, political, and social centre of the community. The exhibition was curated by Paneet Singh and Naveen Girn in partnership with the Khalsa Diwan Society New Westminster and runs until May 31, 2020, at the New Westminster Museum and Archives.