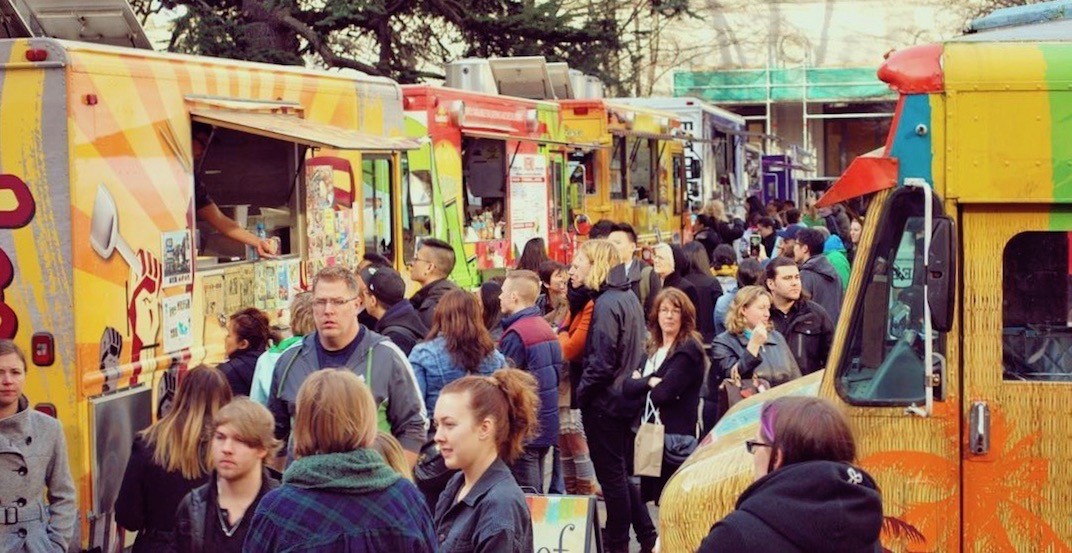 A brand new week with new events to discover! Here are our picks of things to do in Vancouver from Monday, January 21 to Thursday, January 24, including Street Food City, Wildchild and more. 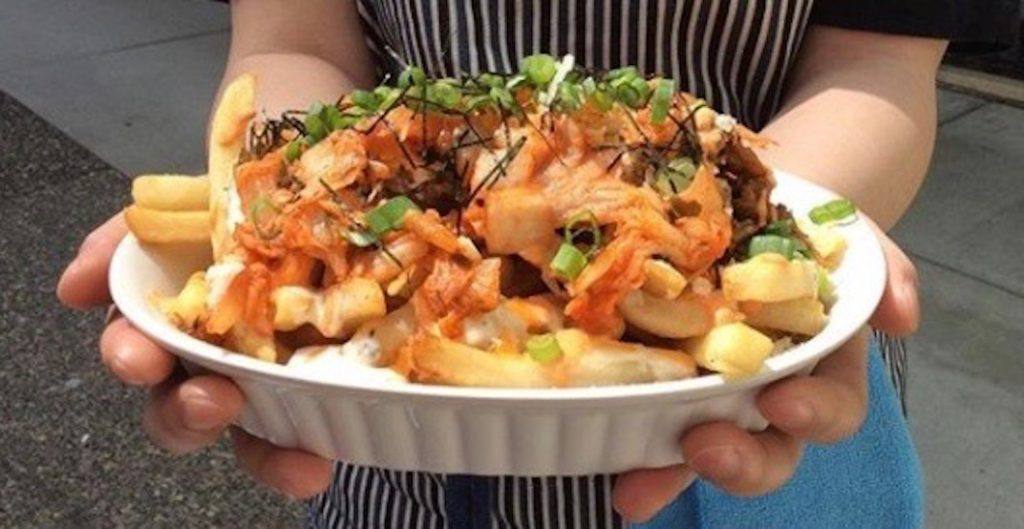 What: Now in its eighth year, the food truck extravaganza will take place from January 21 to 27, where foodies can find a rotating selection of purveyors outside the Vancouver Art Gallery, in šxʷƛ̓ənəq Xwtl’e7énk Square, on the north side of the building. Entry is FREE this year, leaving you more cash to spend on some epic eats.

What: Visit the Yaohan Centre Flower Market during this time of the year is a great way to get into the spirit of Chinese New Year. The market is the perfect place to soak up in the joy of the festivities and pick up a few items to decorate the house.

What: Mrs. Krishnan’s boarder, an overzealous wannabe DJ named James, has invited a few friends into the back room of the corner shop as a special surprise to celebrate Onam and the return home of her son. But when strangers turn up (the audience) and settle in, Mrs. K has no choice but to throw the party of her life. Over one joyous evening, Mrs. Krishnan’s Party magically transforms strangers into friends with a little Daal, a little dancing, and some serious laughs. 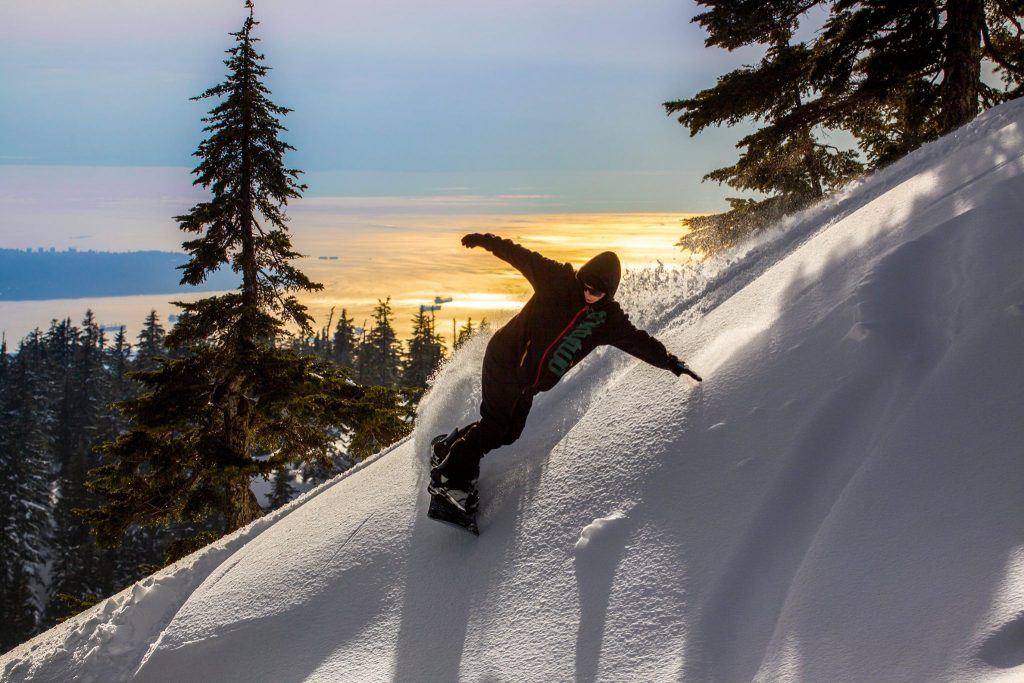 What: In this performance by Company 605, all is laid bare for the spectator: the audience witnessing a process without an endpoint, sharing the space and energy with the performers. This sense of transparency and community is essential to the meaning of Loop, Lull, which hides behind no narrative except bodies and movement in constant negotiation. It’s about people coping with change together, and all the beauty, vulnerability and risk that entails. Part of PuSh Festival.

What: Cristina Costantini and Darren Foster’s joyful documentary can’t help but inspire hope. Nine science-obsessed teenagers are portrayed in the lead-up to the esteemed Intel International Science and Engineering Fair, where the winner stands to pocket a cool $75,000 and perhaps change the world. With entries from 78 countries – a Brazilian girl and a German boy are featured alongside the Americans – the fair is huge. 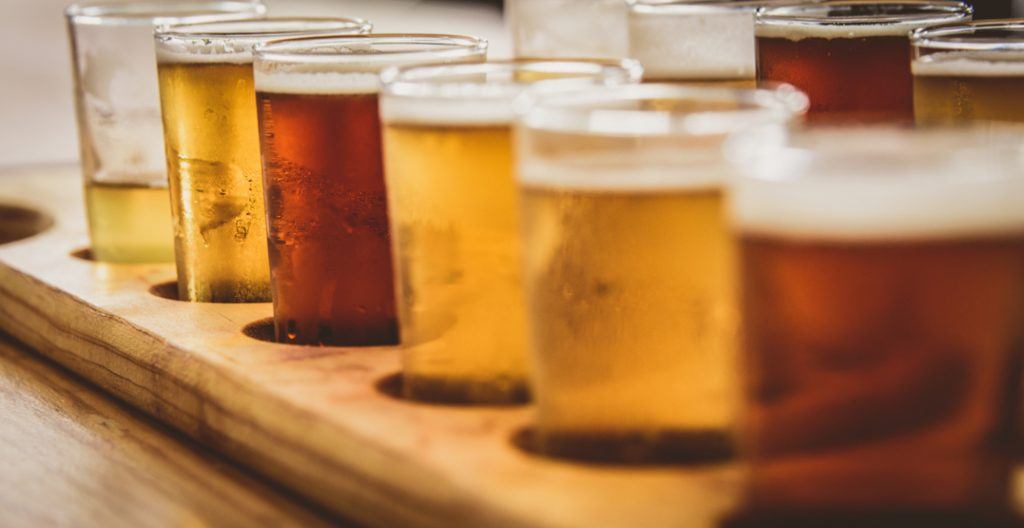 What: Hop on with Vancouver Brewery Tours to celebrate the best of Italian culture, cuisine and craft beer. Part of Dine Out Vancouver.

What: For 45 years, Carol Matthews has worked as an educator, writer, researcher, as a voice for social justice, and an advocate for the arts and non-profit sectors. Author of four memoirs, her latest is Minerva’s Owl. Part grief memoir, part love story, this account is an exploration of how bereavement after a long-term marriage, can be experienced as part of an ongoing relationship.

What: Join Dr. Philip J. Deloria, Professor of History at Harvard University, for a keynote address on the comparative and connective histories of Indigenous peoples in a global context. In this lecture, Deloria will discuss the “fringe” art of Mary Sully, a Dakota Sioux artist from the 1930s, whose unique portfolio of work is largely unknown and unexplored in relation to the aesthetic currents of American, European and Indigenous modernisms. Deloria will offer a close reading of Sully’s work through the lenses of modernism, Dakota women’s aesthetics and the American Indian politics of the 1930s. An open discussion, facilitated by Karrmen Crey, will follow. 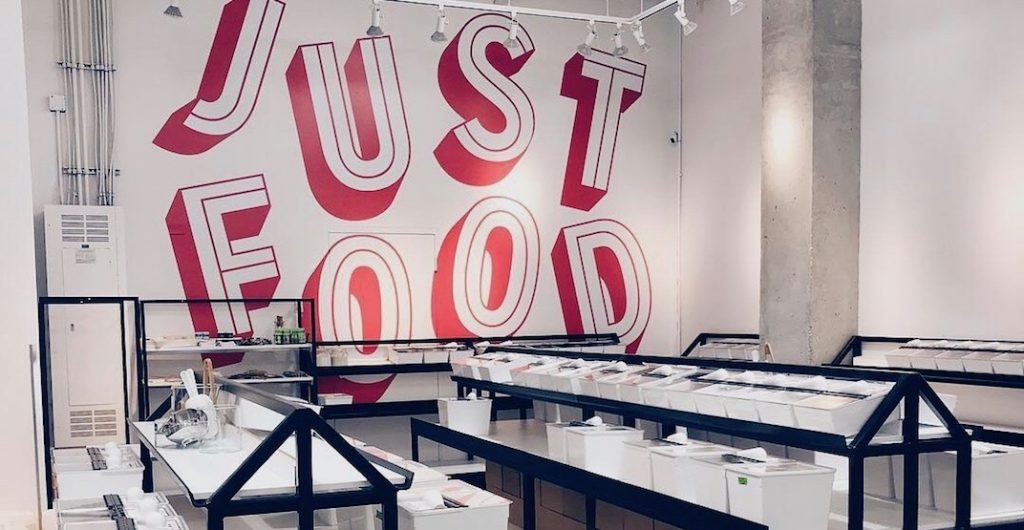 What: Nada offers in-store community yoga classes. Vinyasa/flow classes will be offered on Tuesday evenings and Saturday mornings. This is an all-levels class, suitable for every age and ability.

When: Every Tuesday and Saturday until January 29, 2019
Time: 8:30 to 9:30 pm (Tuesdays), 8 to 9 am (Saturday)
Where: Nada – 675 East Broadway, Vancouver
Admission: Free but donations are encouraged. All proceeds are split between the instructor and Nada’s current 1% for the Planet partner.

What: In this prizewinning piece, the set is almost bare and broken crockery is the main prop; PALMYRA may seem slight at first glance, but it’s about as rich in implication as one could ask for. The situation can be described bluntly and simply: two men are onstage, and one of them has a plate while the other does not. From this, conflict emerges that ranges from the comical to the brutal. The audience is drawn into the work in surprising and provocative ways. Part of PuSh Festival.

What: Angry, humane, and compassionate, this extraordinary play entwines the lives of a murderer, the mother of one of his victims, and his psychologist to explore our capacity for forgiveness, remorse, and change after an act that seems to rule them out entirely. 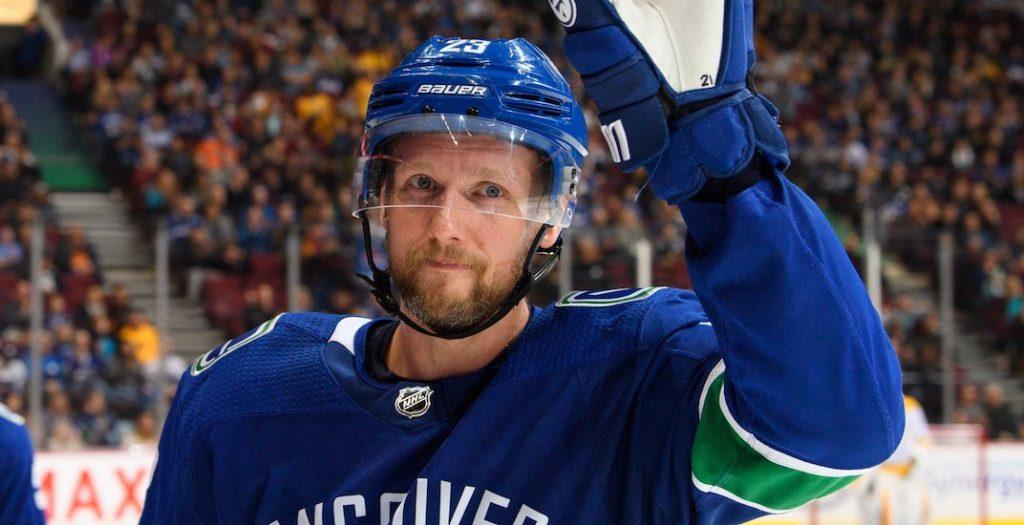 What: Vancouver Canucks face off with the Carolina Hurricanes at Rogers Arena.

What: From obsessing over movies to attempting professional wrestling, with some near-death experiences in between, I Think I’m Dead by Al Lafrance is a one-of-a-kind storytelling journey through the multiverse of insomnia. Presented by Way-Off Broadway Wednesdays.

What: “Why do people assume that racism will just passively die out if we wait long enough?” That’s number 307 of 1,000 questions that Selina Thompson has composed and put on cards; in this installation, visitors will enter the site and read as many of them as they wish. They are instructed to answer one card and copy one to take away with them. Part of PuSh Festival. 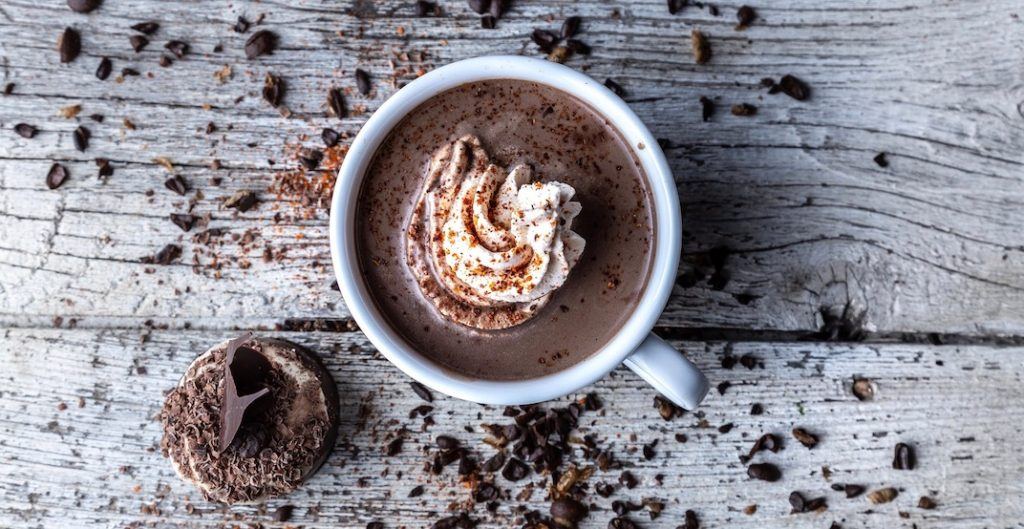 What: This annual celebration of all things hot chocolate is kicking off on January 19 and runs until February 14 – which means you have tons of days to try all of the participating ‘chocstars’ at this year’s fest. Each cafe, dessert bar, and restaurant has created sugary wondrous concoctions that take classic hot chocolates to a whole new level – there will be 70 drinks in total to explore.

Lion in the Streets

What: Award-winning Canadian playwright Judith Thompson’s seminal play, Lion in the Streets (1990), is a cumulative play whose central character, Isobel, is the ghost of a murdered, nine-year-old Portuguese girl. Returning to the neighbourhood seventeen years after her death, young Isobel drops into the lives of her neighbours and reveals the hauntingly raw underbelly of human nature. 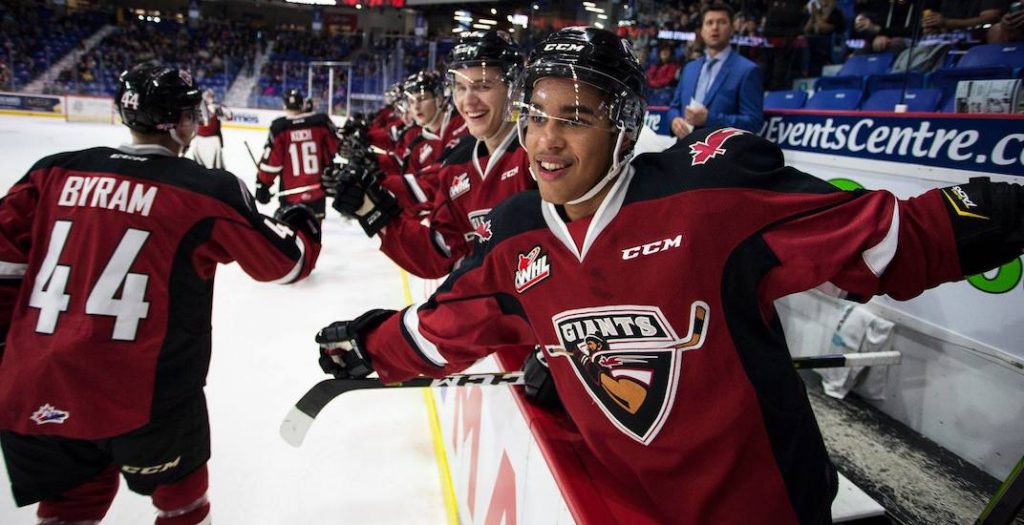 What: Vancouver Giants face off with the Prince Albert Raiders at the Langley Events Centre.

What: The Crazy8s DGCBC 20th Anniversary Fundraiser Screening featuring a selection of classic Crazy8s films from the past 20 years. Network with Crazy8s alumni, the community of friends and sponsors, and this year’s winners. Hosted by David C. Jones The screening will be followed by a Q&A with the filmmakers and introductions to the 2019 Crazy8s filmmakers.

Walk the Aisle in Style

What: Indochino is hosting a wedding mixer designed for engaged couples. Take the opportunity to brainstorm the perfect look for your big day, and have a great time while connecting with their handpicked partners in the process. Come early and you could win some prizes too.

What: Thousands of sparkling lights will illuminate the iconic suspension bridge and other areas of the park. The 30-ton Douglas Firs of the Treetops Adventure will also be dressed in lights. Standing at an impressive 110 feet above the forest floor, the Douglas Firs that connect the suspension bridges are the eight tallest Christmas trees in the world, according to event organizers. Also returning to this year’s festival is the Snowy Owl prowl, gingerbread cookie decorating, and sing-along carols with a holiday band.

What: A multifaceted work that explores history, theatre and the ethics of representation. Visual and performance artist Naufus Ramírez-Figueroa has created an exhibition at SFU Galleries’ Audain Gallery, which will form the set for an intensely physical live presentation staged over four nights. Part of PuSh Festival.