The City of Vancouver will rake in $38-million in tax revenue from empty homes this year, according to their first-ever Empty Homes Tax report.

Shaughnessy and the West End had the most properties that are vacant or exempt, according to the report, at 8% and 7%, respectively.

The areas with the highest percentage of vacant or exempt homes were Shaughnessy, the West End, Oakridge, and Downtown. 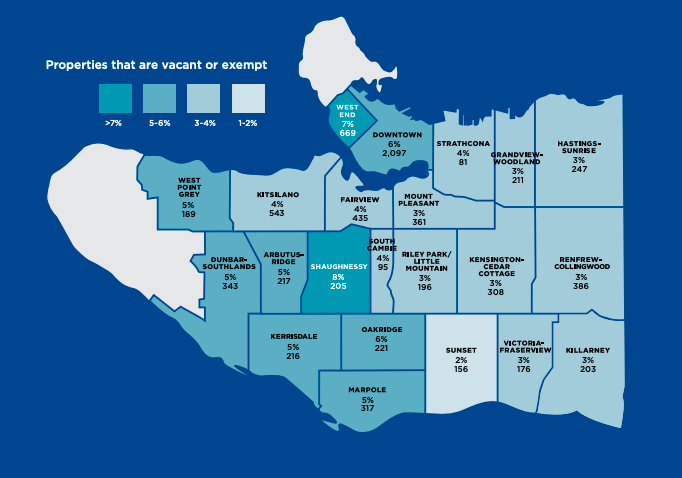 In total, the city estimates that they will receive $38 million in total revenue, $21 million of which had been collected as of November 1, 2018.

Should any properties fail to make the payments by the end of the year, the outstanding amounts will be added to the owner’s property tax, accruing interest of 7%, starting in January 2019.

City Council has also allocated $8 million in revenue to affordable housing initiatives, a decision made earlier this fall. The initiatives include creating more affordable co-op and non-profit housing, making improvements to low-income housing, giving support to vulnerable renters, and helping to match empty homes and rooms with renters looking for housing. 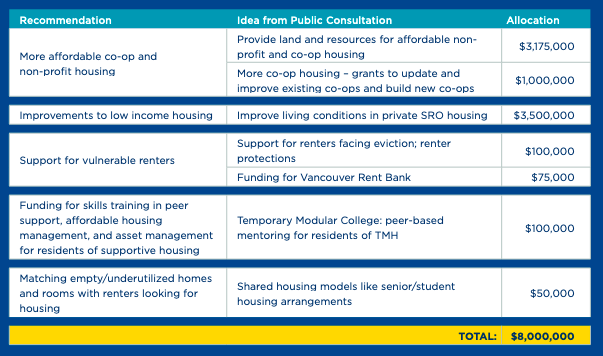 How the city will spend $8 on affordable housing initiatives

Now, with the first year of declarations complete, city staff will be monitoring any changes in the number of vacant properties, as well as changes to affordability.

Property owners can now begin to declare for the second year of the tax and will be able to do so until February 8, 2019.

You can view the full report here.