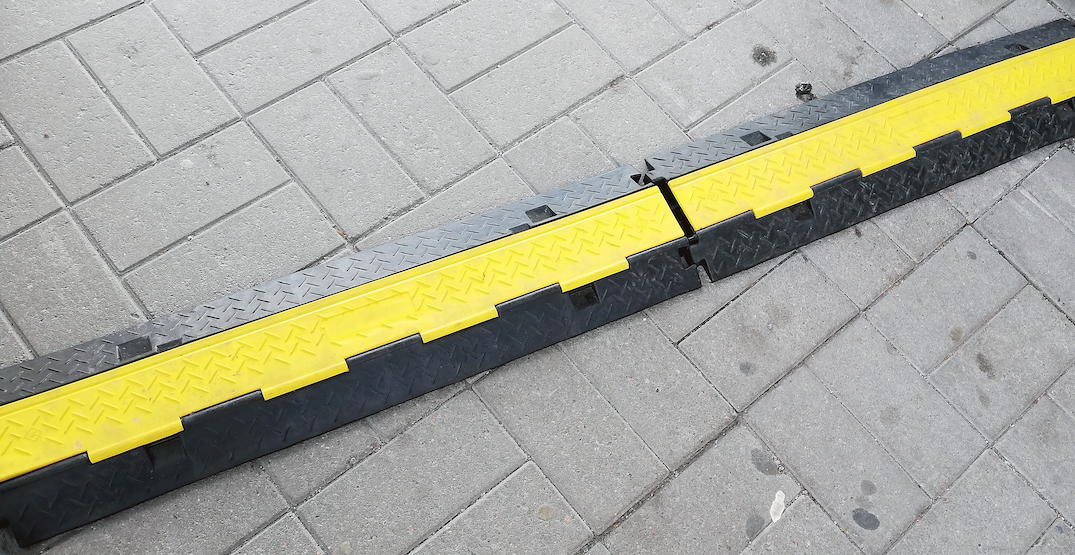 Having a readily fully charged electric-battery vehicle can be difficult for owners who can only park their car outside their home on the street.

This will be made easier moving forward, after Vancouver City Council’s decision this morning approving a new application process that would allow car owners to run extension cords from their house, across the lawn, and over the sidewalk to reach their car on the curbside parking spot.

However, the extension cord running across the sidewalk must be covered by a flat, level ramp cover to ensure it is not a tripping hazard and the public right-of-way remains accessible to mobility devices and strollers.

The cords and covers must be in place only while it is connected to the vehicle, and must be removed from city property at all other times. Only Level 1 (120V) charging from a standard electrical outlet can be used.

The application for a licence will require a nominal fee of $5 per year, with applicants required to renew their licence annually to ensure they are aware of any updated requirements. Stringing a cord across the sidewalk may not be feasible in front of every home due to slopes and obstacles that may be in the way.

Additionally, the licence indemnifies the municipal government from all liabilities, costs, and damages resulting from any incident.

Example of a flat ramp over an extension cord on a sidewalk. (City of Vancouver)

Example of a flat ramp over an extension cord on a sidewalk. (City of Vancouver)

This option is now being offered to residents after a previous curbside vehicle charging pilot program between 2017 and 2019 failed to gain traction. It saw very few applicants due to the high cost of installing underground infrastructure to the homeowner, the onerous design restrictions, and the limitation to a small subset of homeowners.

During today’s public meeting, city council rejected an amendment that would consider removing the licence requirement and replacing it with a guideline approach, but they approved an amendment that asked city staff to continue pursuing developing more feasible underground connection options for homeowners.

Previous BC Hydro surveys indicate a primary concern with electric-battery vehicle adoption is the availability of charging.

Such an at-home, curbside charging option would reduce the need for additional, more expensive public charging infrastructure by both government and the private sector, which is expected to see exponential growth in demand over the coming two decades, ahead of BC’s transition to 100% electric-battery vehicle sales by 2040.

In the future, the sidewalk ramp extension cord covers could also be explored for the city’s growing allowance of curbside patios with temporary outdoor lighting.

Also related to this matter, the municipal government is planning to implement mandatory parking permit requirements for all residential streets, starting as early as late 2021.