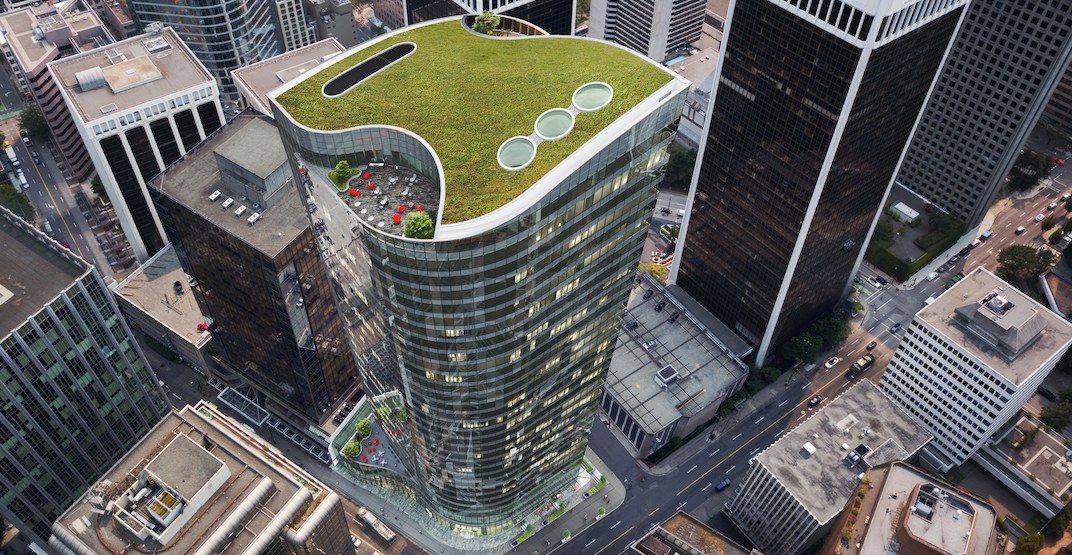 In order to keep up with population growth and maintain the City of Vancouver’s place as the heartbeat of Metro Vancouver and BC, a substantial volume of new additional job and employment space will be required.

A new city staff report providing an update on the first phase of study indicates the economy needs to keep pace, with forecasts performed by contracted consultants indicating the city will need up to 56.6 million sq. ft. of additional employment space, creating 208,700 additional jobs.

This includes up to 15.4 million sq. ft. of major office space for 76,600 jobs, equivalent to three of all five Bentall towers put together or 32 TELUS Garden office towers.

Much of the potential office and hotel redevelopment sites over the longer term is located in areas outside of the downtown peninsula, including Central Broadway (densification is expected as a result of the Millennium Line Broadway Extension and forthcoming Broadway Plan), Eastern Core (False Creek Flats and Northeast False Creek), and Grandview Boundary (around SkyTrain’s Renfrew Station and Rupert Station).

Over the short-to-medium term, there is 8.9 million sq. ft. of office and hotel space in various stages of planning and development, but a shortage in supply is causing office lease rates to increase significantly in the interim. Current demand for office space is largely being driven by the tech sector’s growth.

There is also a shortage in hotel rooms, as a result of recent conversions or demolitions for redevelopments, and this has limited Vancouver’s ability to support corporate activities and continued tourism growth. Between 2008 and 2018, the city saw a net loss of more than 1,100 hotel rooms, eliminating the gains in the years leading up to the 2010 Winter Olympics.

“While demand for increased hotel space is clear, in terms of land use, hotels compete with office uses for space in areas like the Central Business District and Central Broadway,” reads the report.

Over the past four years, net asking rents have increased by 21% for office space, 12% for retail space, and 46% for industrial space.

The industrial space shortage is particularly becoming very apparent; there is just 2,000 acres of industrial and mixed-employment space in the city, accounting for about 7% of the city’s overall land base — equivalent to the size of two Stanley Parks. The vacancy rate for industrial space in Vancouver is just 1.4%, and this has resulted in the staggering rent climbs.

City staff acknowledged the need to preserve industrial lands for the economic value and mix of jobs they provide, which supports other sectors of the economy, including retail, restaurants, tech, and the film and television industry.

“In addition to significant economic value, industrial lands also have significant social, cultural and environmental value to the economy. In terms of social value, industrial areas are often home to businesses offering higher wage, lower-barrier jobs for residents without postsecondary degrees or for those with limited English. Some businesses in these areas also operate around the clock, providing opportunities for shift work to those needing more than one job,” reads the report.

And by keeping warehouses and distribution centres near where people and businesses are located, this helps lower the transportation costs of goods and services.

As well, industrial space provides affordable working space for artists, but the market trends over the past year alone in this commercial real estate sector have forced the closures of 16 studios in industrial spaces, affecting about 300 artists.

A second phase of this study will be ready for city council’s review in the middle of 2020, outlining a high-level policy direction that recommends how future economic planning work can be guided with the ongoing citywide planning process.

Separately, the municipal government has commissioned a study to assess the state of retail and small businesses. A final report from the contracted consultant will examine the impact of property taxes and property value assessments, safety and maintenance, parking, permitting and licensing, labour cost and retention challenges, leasing issues, and changing neighbourhood demographics.

“The Port of Vancouver, in particular, plays a critical role in Vancouver’s economy,” city staff acknowledged in the report.

“It enables the annual trade of approximately $200 billion in goods nationally, and corresponds with $3.01 billion in local annual wages. The Port is also responsible for the operation of cruise ship facilities, a key contributor to the tourism sector in Vancouver.”

Over one million more people are expected to be living in the region by 2050. 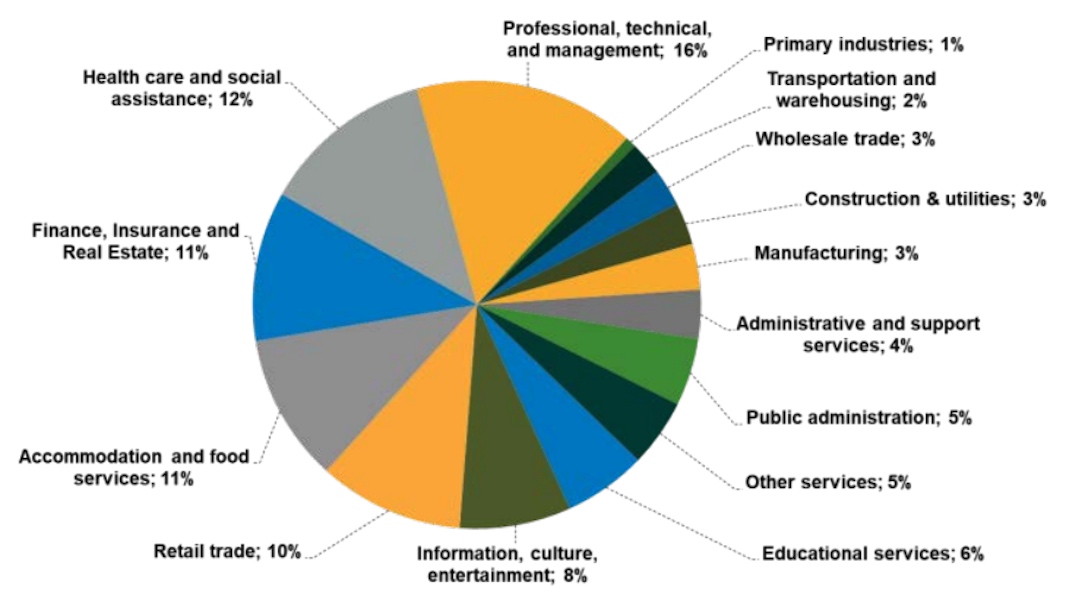