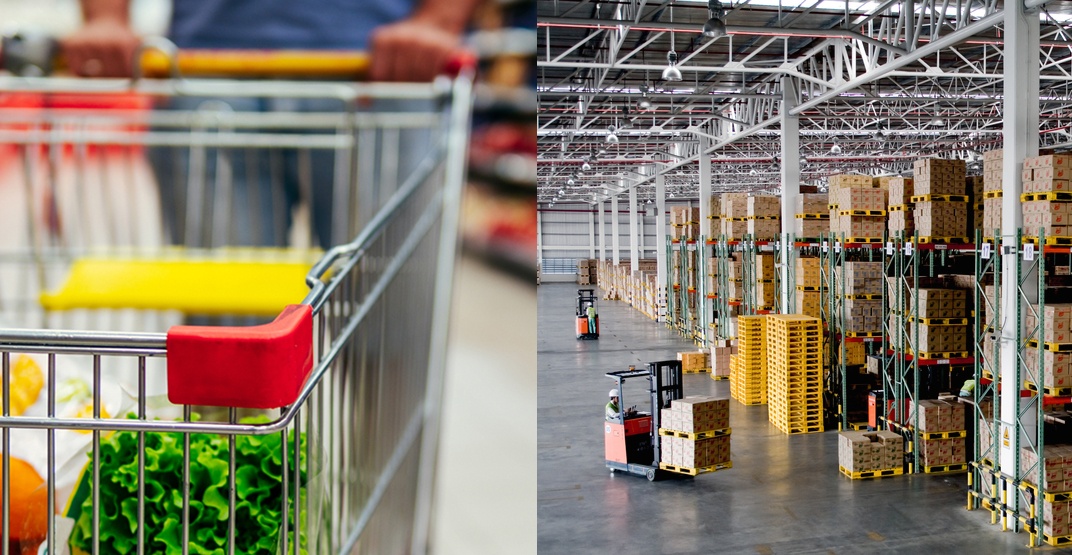 Industrial real estate is absolutely vital to the health of the economy in Metro Vancouver, but as this sector of the real estate market is largely out of sight and mind to the everyday consumer, it sees little attention, despite its importance.

And there has been little acknowledgement from the region’s municipal governments over the gravity of the issue and the need to address the shortage and skyrocketing costs. In the plainest of layman terms, building warehouse space hasn’t been as alluring and profitable — for developers, municipalities, and the general public — as the focus on housing and, to a lesser extent, office space.

But one Vancouver city councillor is hoping to change this.

In a motion that is scheduled for deliberation on Tuesday, Sarah Kirby-Yung is asking the City of Vancouver to formally acknowledge the immediate and real impacts of the industrial land crunch on businesses in the city.

She also wants city staff to study the impact on a possible moratorium of new development applications that use industrial zoning for non-traditional industrial uses.

“The industrial affordability crisis in Vancouver is the result of several global and local forces, including lifting land values as well as landowners sitting on industrial land as a form of real estate investment,” reads her motion.

“Encroachment of non-industrial uses on industrial lands including doggy daycares, self-storage, and car dealerships which have low employment density is reducing the amount of productive job space available.”

Other directions to city staff would include examining regulations, rezoning processes, and density bonusing in relation in industrial properties, and a feasibility analysis to determine the viability of creating more affordable industrial space for start-ups, scale-ups, and arts production space, with the possibility of even using the city’s Property Endowment Fund.

Kirby-Yung notes that industrial businesses provide 60,000 jobs, with 58% of these positions providing a living wage.

Industrial businesses support other sectors of the economy; one job in manufacturing, for instance, indirectly supports 3.5 jobs in other sectors.

Early this year, according to CBRE, the industrial vacancy rate in the region hit only 1.4% — even tighter compared to early 2018. Buoyed by high demand but low supply, industrial rental rates increased by 16% in 2018 to $11.86 per sq. ft., marking the highest market average rate on record in the region.

In fact, Vancouver’s industrial vacancy is the lowest in all of North America, and it has seen some of the world’s largest industrial lease rates increases in recent years, with rates tripling in the inner-city industrial districts over the last five years.

Residential development has been one of the leading contributors in the industrial land loss; over the past 30 years, 5.7 sq. kms. — equivalent to nearly one-and-a-half times the size of Stanley Park — of industrial land has been rezoned to other uses.

While a lack of new industrial supply and the use of such properties for non-traditional industrial uses have been problematic, the region also has booming economic sectors that demand more industrial space.

This includes the film and television production industry, biotech and cleantech firms, and small manufacturers, materials processors, and distributors.

“Since many businesses are on 3, 5, or 10-year leases, Vancouver is only beginning to feel the impact of the drastic rise in industrial land values over the past 5 years,” she warns.

“These impacts are anticipated to worsen in the next one to five years.”

And it is not just about the lack of industrial supply, but also the right supply.

“Older industrial building stock does not meet needs of contemporary industrial businesses; the average floor plate of industrial users have dropped and new demands include increased power and digital connectivity needs,” she wrote.

Everyday consumers will see real direct impacts when industrial businesses are forced to pay even higher industrial lease costs and higher transportation costs, from longer trucking distances between warehouses located in the outskirts of the Lower Mainland and retail businesses in the city.

All stores and restaurants depend on industrial businesses and warehousing to maintain their supply chain.

Higher costs are always passed on to these businesses, which in turn pass on the extra costs to consumers.

“The cost of goods and services in the city will rise as services move further from the urban core,” added Kirby-Yung.

“Traffic congestion and GHG emissions in the region would worsen given that more than 50% of clients and 35% of suppliers for local industrial businesses in the city are located in Vancouver.”

She also noted the challenges with finding affordable industrial space are an obstacle for industrial startups, artists, and musicians. In particular, the industrial land crunch is limiting Vancouver’s ability to scale green businesses and reach sustainability goals.