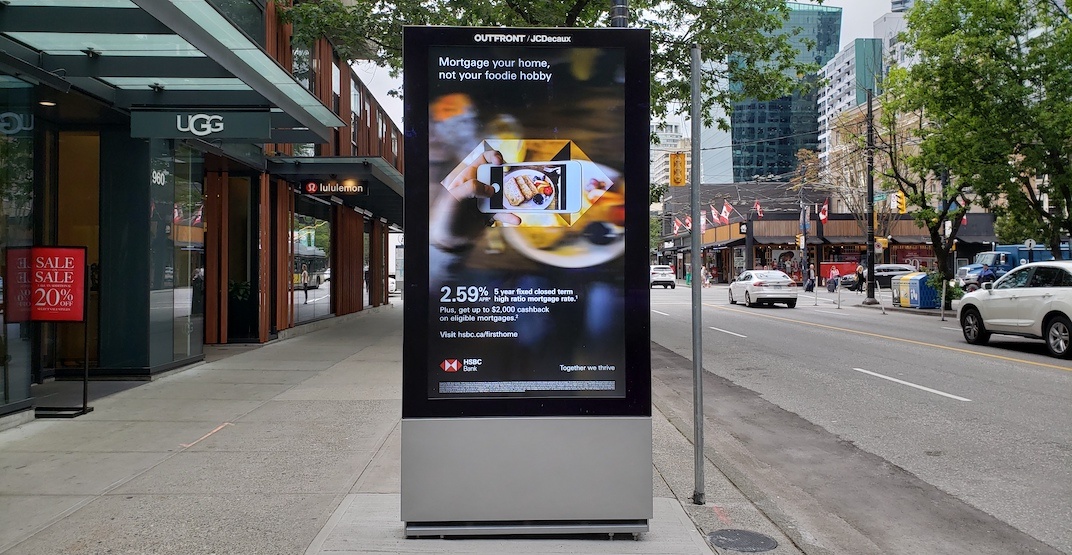 Bright ever-changing digital screen signs that display advertisements and community uses are being installed in Vancouver.

In an email, the City of Vancouver says the new signs are being implemented by global advertising agency Outfront/JCDecaux under the municipal government’s existing street furniture contract, which was signed in 2002 for a 20-year contract.

The contract covers both street furniture — such as benches, litter receptacles, multiple publication newsracks, modular bike lockers, automated public toilets, map stands — and transit bus shelters, which are a municipal responsibility in the region. Map stands were introduced just in time for the 2010 Olympics.

At least seven of these digital signs will be installed in the city, with most located within the downtown peninsula, replacing traditional print signs.

The contract stipulates the company will also maintain the street furniture and bus shelters in exchange for the rights to sell advertising on the fixtures, with revenues going towards both the company and the municipal government.

Over the 20-year contract, advertising revenues are expected to total at least $29.5 million. The city also has the option to have up to 10% of the advertising content be used for city-designated community and public uses. 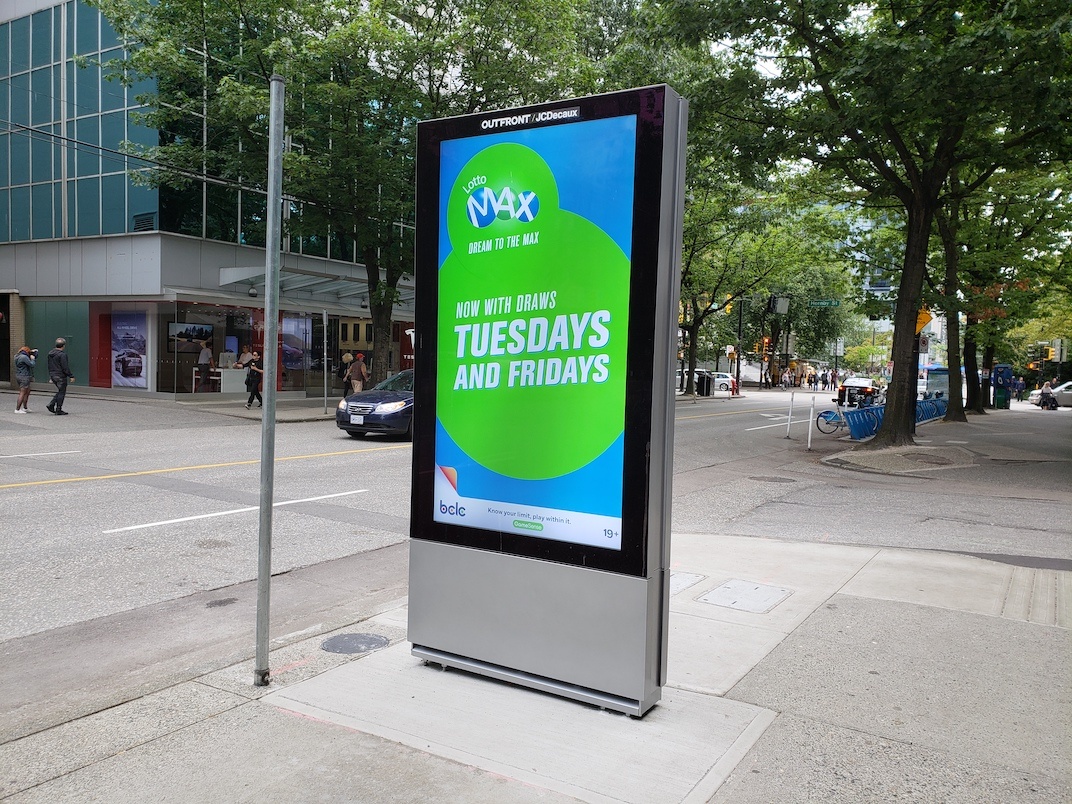