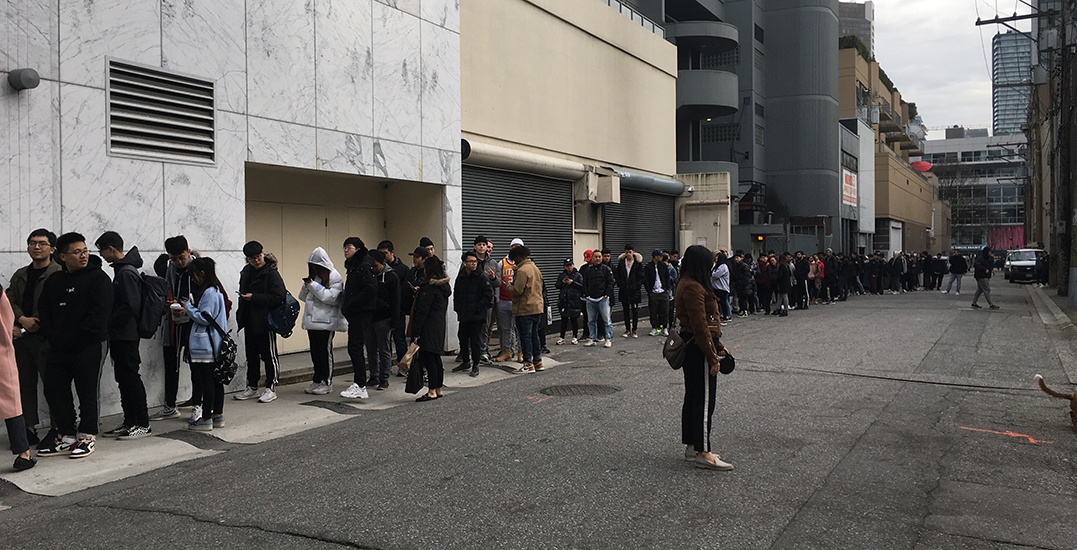 How long would you wait in line to purchase a pair of sneakers? How about, to simply win the chance to purchase them?

That’s the reality for sneakerheads in Vancouver right now, as hundreds line up to enter a raffle being held by Off-White, an Italian streetwear label originated in 2012. 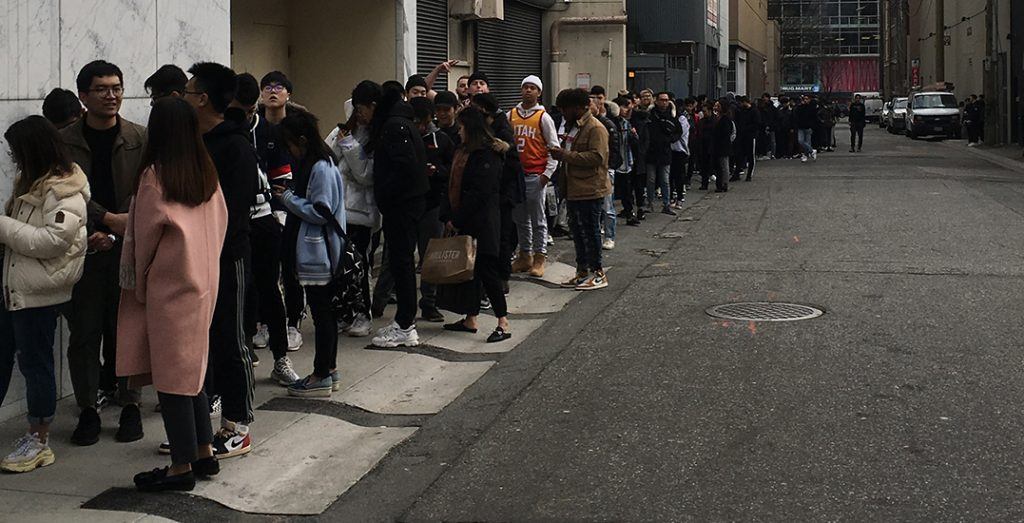 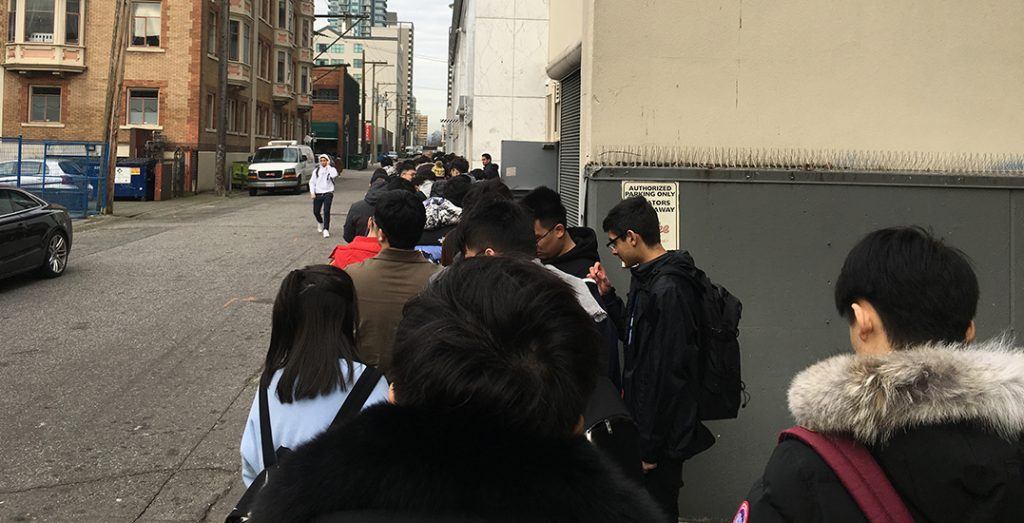 Shoe fans flocked to their location in downtown Vancouver, on Alberni Street, for the chance to win a single pair of “Off-White” Nike Air Force 1s – a pair of sneakers included in a collaboration project between the luxury fashion brand and the footwear powerhouse.

The sneakers, which come in two colours, black and volt yellow, are the brainchild of American fashion designer, DJ, and producer, Virgil Abloh, who currently serves as the CEO of Off-White.

The “Off-White” Air Force 1s are just one of many sneakers that have been released by the two companies since they began their collaboration, and demand and popularity are still as high as ever.

Off-White sneakers can often be seen on professional athletes, celebrities, and of course, the lucky few that can snag a pair for themselves.

Fans lining up will be looking for either the chance to purchase one of the coveted pairs for personal use or to take advantage of the lucrative resale market. 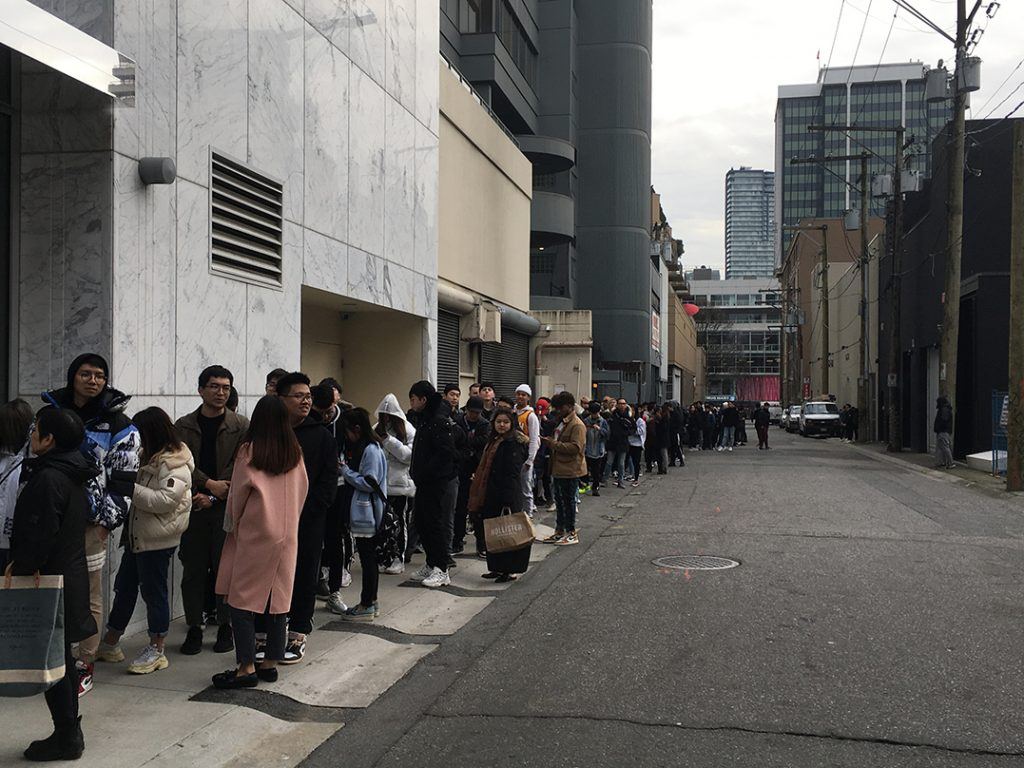 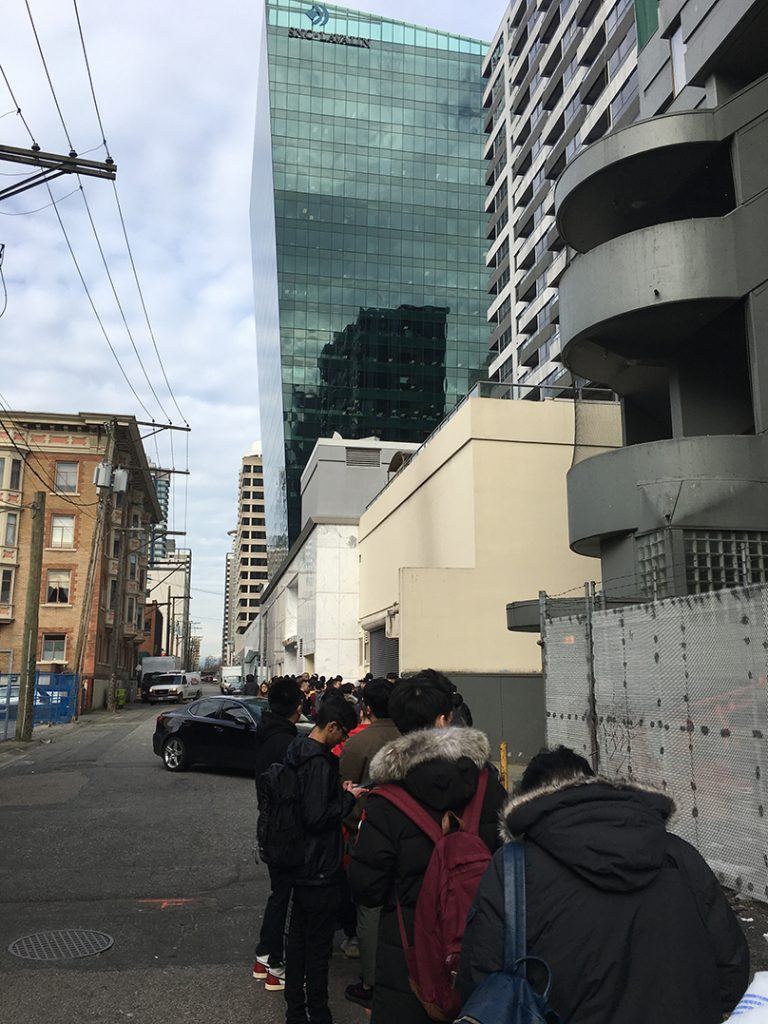 Although the shoes retail for $230, consumer demand and “hype” cause for pairs to resell at north of $400 USD, with prices increasing based on how common the shoe size is.

Common sizes for the black Air Force 1, arguably the more popular colourway of the two, can sell for as much as $750 USD and sometimes more. 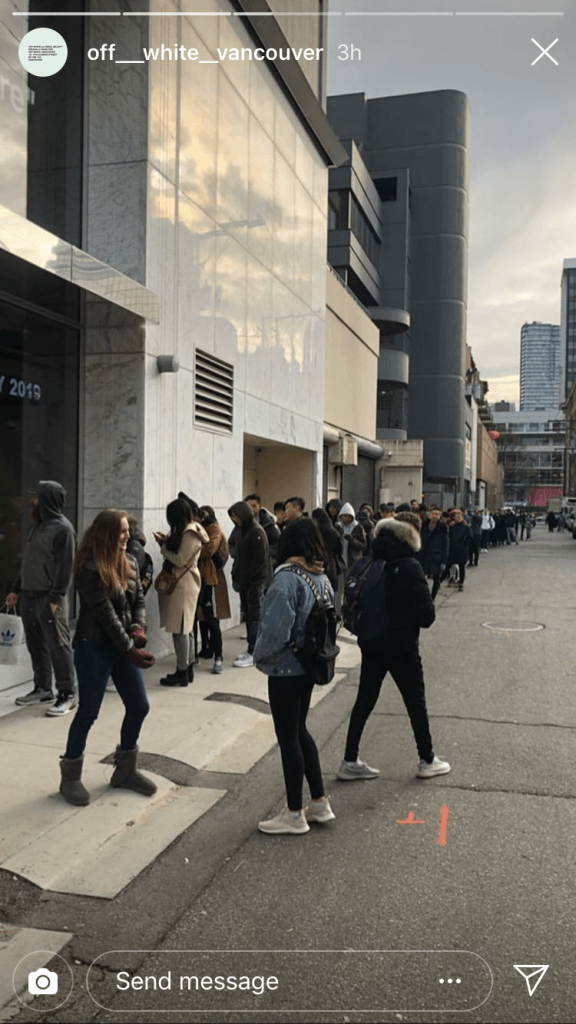 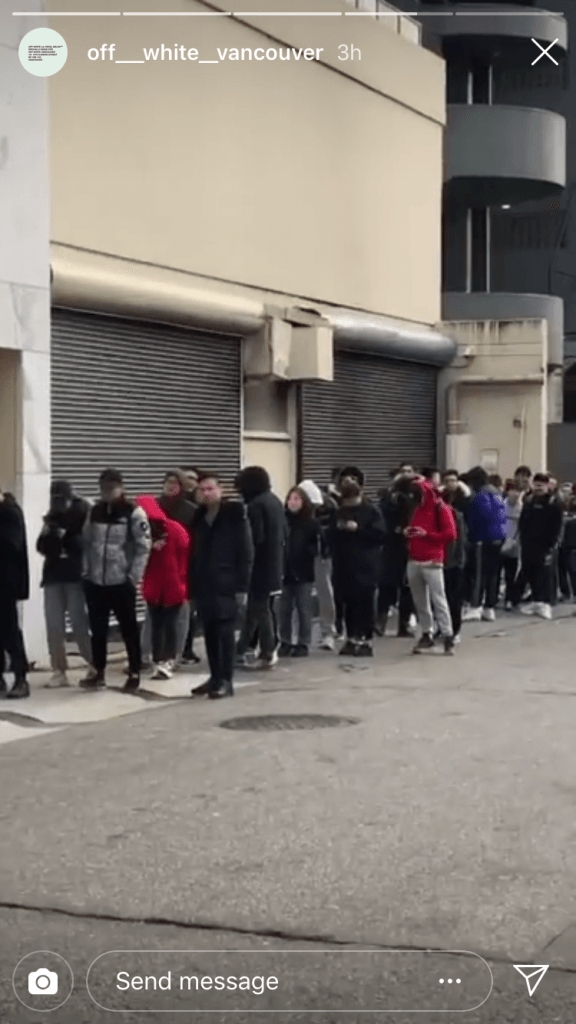 Entries for the raffle are free on Wednesday, January 30, and additional raffle entries can be received by purchasing items in the store.

Hundreds of shoe fans have already entered their names in for the coveted pair of shoes, with hundreds more likely to enter before the end of the day.

Off-White Vancouver will be allowing entries until 5 pm tonight.