The Exchange tower at 475 Howe Street in downtown Vancouver.

Last Thursday it was announced that a new global intelligence and cybersecurity centre would be coming to Vancouver.

The announcement was made at the World Economic Forum Annual Meeting in Davos, Switzerland, where Navdeep Bains, Canada’s Minister of Innovation, Science, and Industry, met with Ajay Banga, CEO of Mastercard.

The project includes a total investment of $510 million. Of that amount, $49 million comes from funding from the Government of Canada. The remaining $510 comes from Mastercard, although $420 million is eligible under the Strategic Innovation Fund. 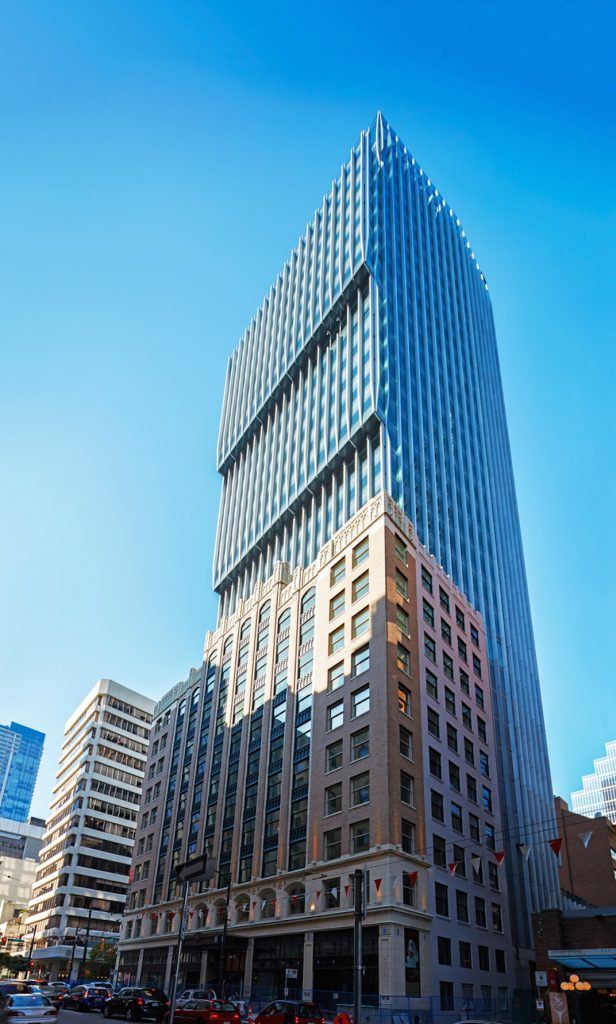 The centre is currently home to NuData Security, a Mastercard company that operates out of Vancouver and focuses on behavioural biometrics. It’s unclear as to whether or not the project will include renting a larger portion of the building, but at this point in time, the credit card giant leases approximately 40,000 sq. ft. of office space. 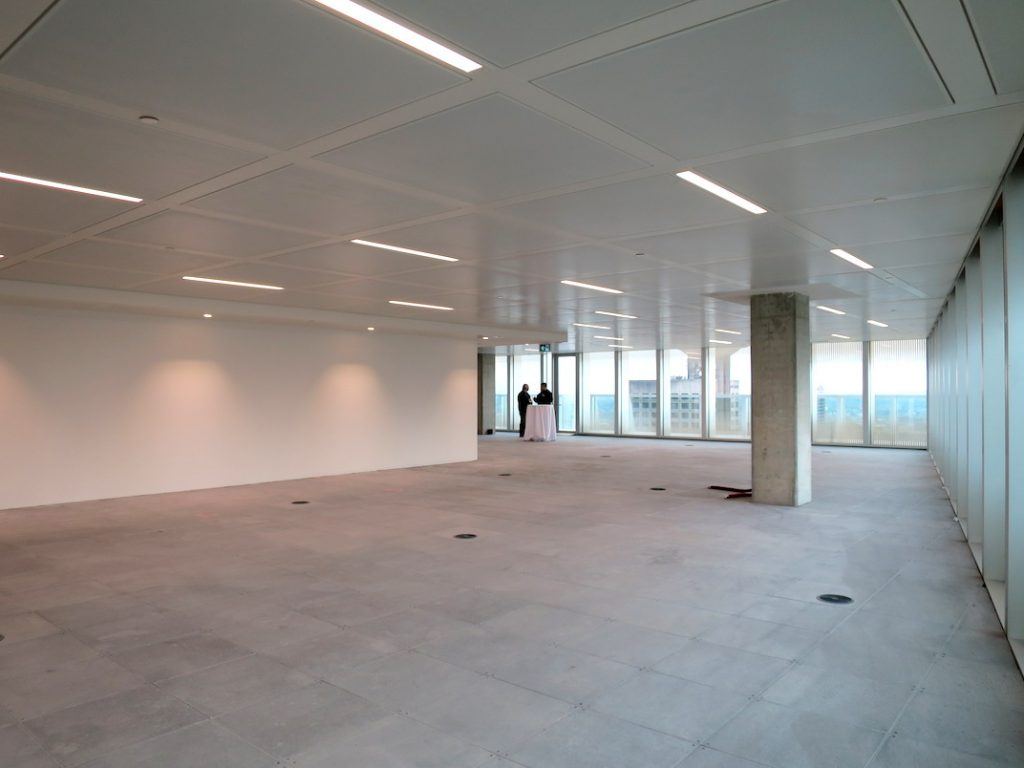 The 30th floor of the Exchange tower at 475 Howe Street in downtown Vancouver.(Kenneth Chan / Daily Hive)

The 372,00-sq-ft, 31-storey tower officially opened in Spring 2018, with National Bank as the anchor tenant. Other tenants at the time included Smythe LLP and fintech company HyperWallet systems.

A hotel portion of the tower opened in August 2018 as Exchange Hotel Vancouver, an 11-floor, 202-room boutique hotel property.

A representative at Mastercard says that the Intelligence and Cyber Security Centre will help reduce the cost of cyber attacks, develop different secure methods of payment, and address growing vulnerabilities associated with the internet.

The centre is believed to create 270 new jobs while retaining over 100 pre-existing jobs at NuData Security. Some of the positions include software engineers, data scientists, project managers, analysts, product designers, and information security experts, to name a few. The investment is also supposed to allow for the creation of 100 student co-op positions.

Most of the hiring for the project is expected to occur by 2024, with the new positions being created in 2029.

The project has a targeted completion date of June 30, 2024, and is in accordance with the federal government’s National Cyber Security Strategy.

The completion date of the SIF Mastercard project is June 30, 2024.