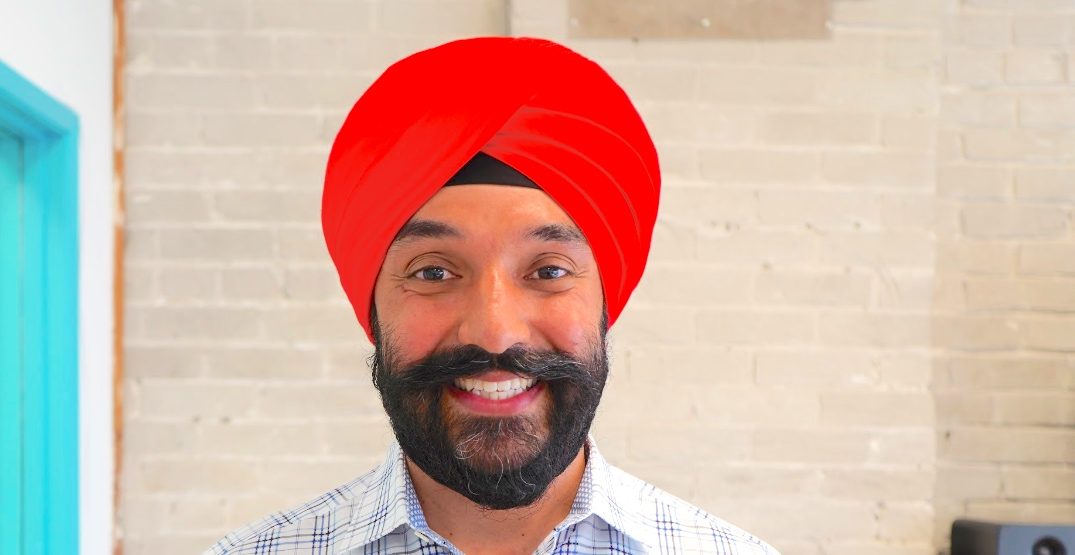 When it comes to Canada’s burgeoning and evolving tech scene, the federal minister in charge says he wants to “create global champions and a culture of innovation.”

And according to Navdeep Bains, this means “looking at how we can create conditions for success.”

Bains, the federal Minister of Innovation, Science, and Economic Development, and MP for Mississauga-Malton, made the comments during a recent sit-down interview with Daily Hive in Vancouver.

“We’re really in a global innovation race, not just here in Canada or inter-provincially, but globally around the world,” he said.

But what does it take for tech companies to not only remain successful in Canada, but remain in Canada altogether?

The answer, according to Bains, is support and recognition of what these companies are doing, what they are trying to accomplish, and what the federal government can do to help.

“We have a dual-pronged approach,” he said.

The first part of this approach, he said, involves “investing in platforms such as supercluster platforms, which provide opportunities for companies to adopt new tech into their businesses so they can succeed and compete.”

This part of the approach, he said, also involves  “working with smaller companies and startups that are looking to grow, as well as identifying what some of the challenges are around talent and people – which are top issues for companies.”

For companies to see sustainable long-term growth, Bains said,  “they need to have the best talent.”

As such, “we’ve made significant investments in this area.”

Some of the investments include giving young people, including children, better access to digital skills training.

And while he recognized that one “can’t create a culture of innovation in just four years,” Bains said the country, under the Liberal leadership, is turning a corner. “It’s a sustained effort over a long period of time before you really start to see it all unfold.”

Results on the ground

But what about the companies and businesses the government has designed these types of initiatives for? Are they starting to see measurable results? The short answer, said Bains, is yes.

“I think that’s a signal that we’ve got the ingredients here for companies to scale-up and grow.

During his visit, Bains also responded to the notion that the federal government seems to favour Eastern Canada – Ontario in particular – over Western Canada, including BC, in terms of federal funding for various projects and initiatives.

And while he said he recognizes that “people’s concerns are real,” he also advised people to “look at the investments” – offering up the supercluster initiative, as an example.

“We invested $253 million in upgrading universities and colleges here in BC, and we made a half billion dollar investment in western economic diversification,” he noted.

At the end of the day, he said, it’s about “not only creating a culture of innovation, but an economy that works for everyone.”

Looking south to the states, Bains also spoke about the Cascadia Innovation Corridor Corridor – a signed agreement between Washington state and BC in 2016, meant to help spur economic growth and technological innovation in the region – calling it a “positive” development.

“We think east-west, but north-south is important,” he furthered. “The US is still a very important strategic partner, friend, and ally.”

The government’s perspective when it comes to dealing with municipalities is that “we are open to engaging, and we have programs in place to provide support for economic development locally, without impeding on provincial jurisdictions.”

With four years under his belt now, and the federal election less than three months away, how does Bains feel about what he’s accomplished thus far, and what he’d still like to get done?

In his mind, there are “two areas that stand out where we must do more.”

The second area he said, deals with digital transparency, privacy, and control.

These are significant issues, he said, because “no matter what company it is in what sector, you’re a data-driven, digital company.”

As it currently stands, though, “only 10% of our companies really have strong digital strategies or practices, so we’re falling behind on levels such as competitiveness, jobs, and growth.”

In response, the minister said these are the areas where the government will continue to build.

“There’s enormous potential for our smaller companies to really adopt digital technologies and understand how they can be more data-driven and do so in a way that doesn’t undermine privacy,” he added.

“We recognize that in any sector, in any region, you really need to rethink your business model and practices- not only to compete domestically, but internationally, as well.”