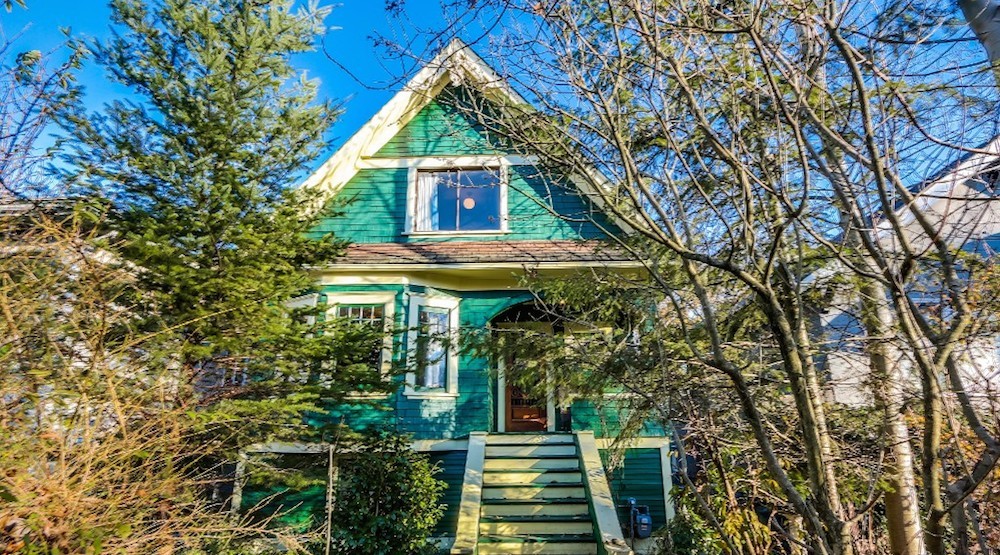 The 1919-built heritage residential property at 3030 Victoria Drive on the western border of Trout Lake Park was purchased by the City of Vancouver in 2016. (MLS)

A heritage home purchased by the City of Vancouver last year that has been vacant ever since will be rented out.

The municipal government announced today that the residential property at 3030 Victoria Drive on the northwestern edge of John Hendry Park, also known as Trout Lake Park, in East Vancouver will be rented out to a tenant for a period of five years.

This decision was made in response to criticism that the City left the home vacant for an extended period of time during the ongoing housing crisis.

The 1919-built heritage home was acquired in early-2016 by the Park Board with the intention of demolishing the property and adjacent homes on the city block for an expansion of Trout Lake Park. However, the owners of the other properties have refused to sell, effectively barring the City from implementing its park expansion plans.

A map showing the mid-block location of 3030 Victoria Drive next to Trout Lake Park. The City of Vancouver intends to buy the adjacent properties on the entire city block. (BC Assessment)

“We appreciate the concerns of the community over the potential demolition of housing stock, and have determined that the house will be renovated to ensure the safety of future tenants,” reads a release. “The Park Board will engage with the community over any future expansion plans of John Hendry Park.”

“At the time the property at 3030 Victoria Drive was purchased, it was believed adjacent properties may become available in the near future. This has not materialized. It was never our intention to see this property remain empty for 18 months and we are now moving to ensure this City property is put to the best public use.”

The City says a park expansion is necessary based on its claims that the Grandview Woodlands/Cedar Cottage area is a “moderately park deficient neighbourhood” and that a growing population and planned densification necessitates more park space.

However, based on the latest property assessment by BC Assessments, it would cost at least another $13 million to acquire the nine other homes on the city block. Such a purchase would only grow the area of the 67.5-acre park, already one of the largest parks in the city, by about 1%.