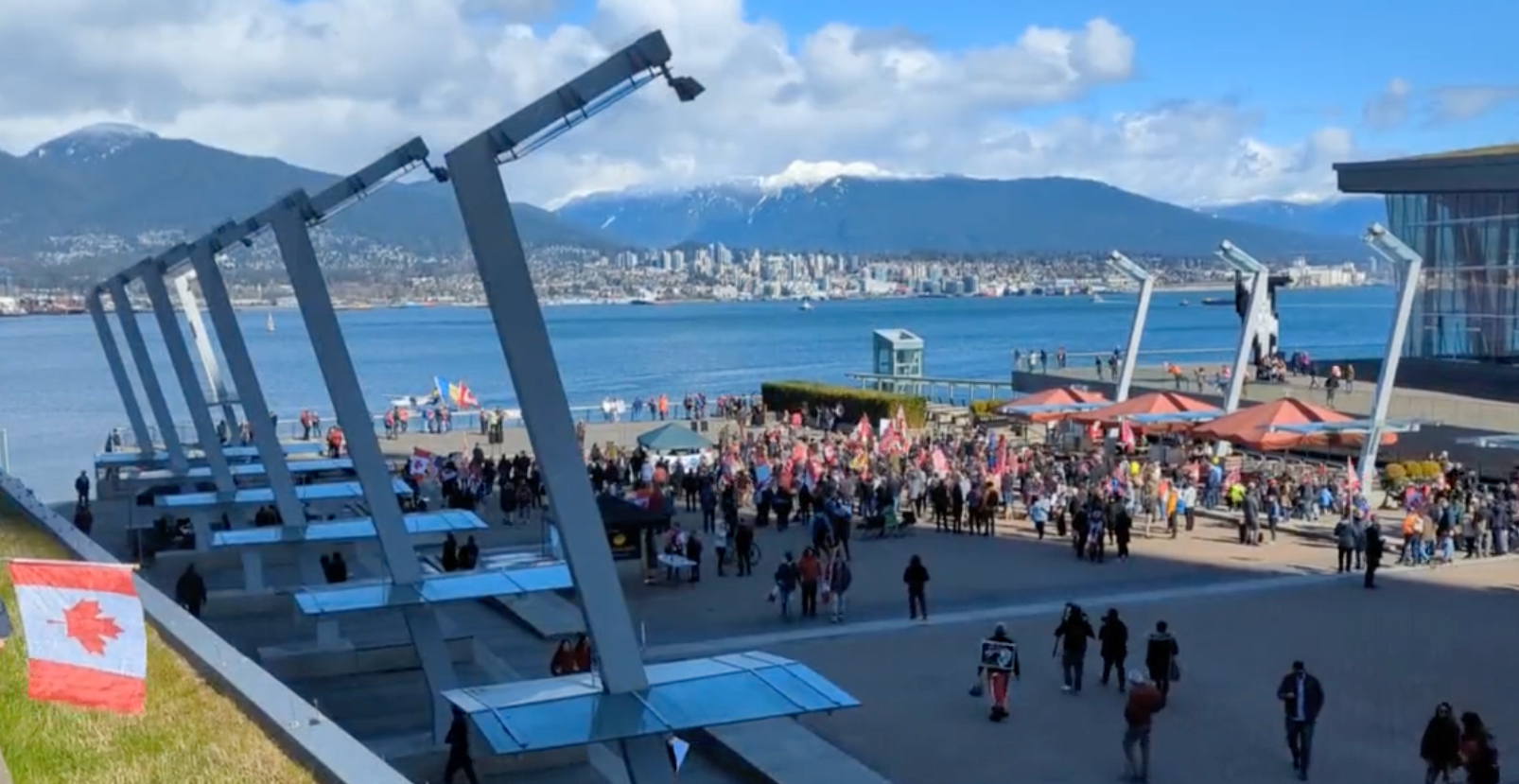 If you heard a commotion downtown on Saturday afternoon, it was probably the protesters at Jack Poole Plaza.

Vancouver Police said they had to shut down several roads in the area near Coal Harbour because of the congestion.

#VanTraffic VPD is monitoring several protests taking place today. There will be temporary road closures throughout the downtown core. Please allow for extra travel time. Thank you for your patience.

Protestors took over the plaza on March 19, with convoy supporters on one side and counter-protestors on the other.

“There were people protesting for freedom and then people counter-protesting the freedom protesters,” the VPD said in an email to Daily Hive Vancouver.

Pretty scattered showing from the clownvoy after being hyped for weeks. Technically this represents two different protests.

Our counter protesters are getting hassled a bit by those looking for a confrontation. More people at the centre of #JackPoolePlaza in #Vancouver please! pic.twitter.com/DaPlIxVc0T

Mask mandates have already been lifted in the province, but these protests might keep happening until all laws related to COVID-19 are dropped.

Here we go again, Chris Sky going out of his way to confront us. Look how far we are away from his big event stage, yet he shows up with his media attache to confront us. #Vancouver pic.twitter.com/tHmAJNPT3G

Recently, BC Premier John Horgan told convoy protestors to “give their head a shake,” which also agitated some people who support them.

The Community Over Convoys group, which organizes against “Freedom Convoy” supporters in Vancouver, tweeted they were “kicked out” of the space by VPD after being told they needed a permit.

We are being kicked out by @VancouverPD under false claim that we need a permit while the clownvoy doesn’t. #Vancouver #BritishColumbia

They also tweeted about several arguments between the two groups, with convoy supporters allegedly getting confrontational and following them even after VPD told them to leave.

Daily Hive Vancouver reached out to Community Over Convoys for comment and will update this story.