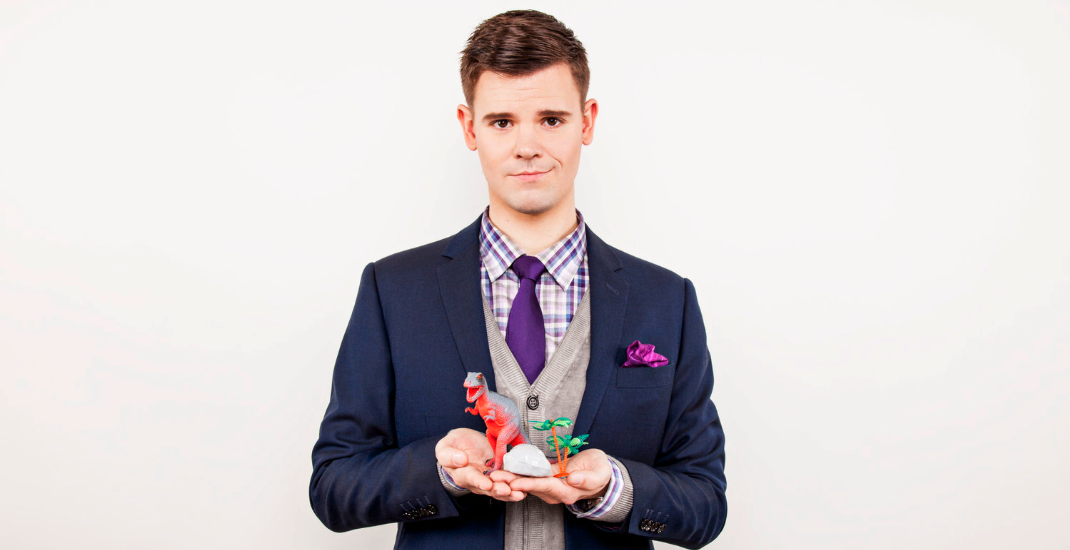 “Someone’s out there sullying my good name!” claims Ivan Decker, the Juno Award-winning comedian from Vancouver now based in Los Angeles.

In what has become online dating folklore in Vancouver, Decker has been continuously spotted on the dating app Bumble. With his boyish good-looks, an elegant wardrobe, and a sharp sense of humour that has been validated by scores of people around the world, he is a tantalizing prospect for anyone on the platform. Add his Juno Award for Best Comedy Album, his performance on TBS’ Conan, and his special on the Netflix series Comedians of the World, and Decker is arguably the best bachelor on Bumble.

Unfortunately for the swipe-happy ladies of Vancouver, Decker actually deleted his Bumble profile in 2016 when he began dating the woman who he is marrying later this year.

However, in the ensuing years, Decker would be frequently informed by friends that his Bumble profile was still very much active on the app. In response, he would repeatedly reinstall the app over several different phones and then, within the app, delete his profile, hoping it would finally be purged from Bumble.

“So, I reinstalled it and then deleted it again so hopefully, it’s gone,” Decker recalls his most recent attempt, last year, to expunge his presence off Bumble. The process involves logging in with his Facebook account, which was originally used when he was active on Bumble, then permanently deleting the account in the app settings. Since a Facebook account can only be tied to one Bumble account, Decker insists that the dating profile he originally made should have been permanently deleted long ago.

Having completed this procedure many times, Decker suspects that someone is impersonating him with a completely different account: “It must be a catfish.”

Catfishing, a term popularized from the 2010 documentary Catfish, is the deceptive online practice of creating and using a fake identity on a social media platform to trick others, sometimes as part of a scam. It is estimated that 10% of online dating profiles are fake.

Over the years, Decker has theorized that someone may be using his likeness in such a scheme to procure provocative photos from unsuspecting women in Vancouver. “I didn’t realize what they were catfishing for, but yeah, of course, they want nudes.”

As a relatively clean comic with family-friendly material, even Decker, having formulated this explanation himself, is surprised that this seems to be the only logical explanation for his continued Bumble presence over the last four years. “I don’t think I’m the right comedian to use to get nudes. I talk about microwaves and stuff. They should have a dirtier comic.”

Of course, it may all be a glitch where Bumble does not properly scrub deleted profiles off its database. But the prolific sightings of Decker on Bumble for so many years begs the question whether or not an imposter has been tarnishing the Juno Award winner’s stellar reputation with an elaborate catfish. It is a question that Decker wants answered, as he implores the public to report any future encounters with an online dating profile bearing his likeness: “Please let me know. We’re gonna take this bastard down!”

Have a listen to the full This is VANCOLOUR podcast with Ivan Decker: