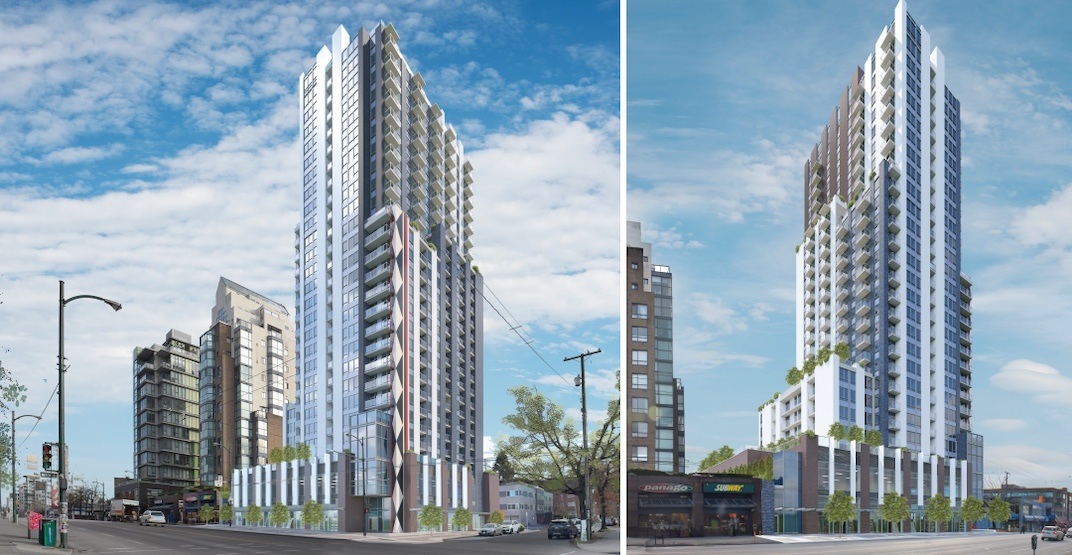 Can public hearings in Vancouver City Council for rezoning applications still be conducted within the foreseeable future? Attracting public speakers and delegations to council chambers is currently a tough proposition due to COVID-19.

With the ongoing efforts to have the public stay home, avoid non-essential trips, and practice physical distancing, city staff are looking into the potential of conducting at least a portion of these public hearings virtually, ensuring that the municipal government continues to conduct some business.

During a city council meeting earlier this week, City Manager Sadhu Johnston said city staff will likely finalize a plan over the coming days, but it will not be much different from the usual public hearings, which typically involve the public submitting feedback online or speaking in council chambers.

“We can probably try a few public hearings that are non-controversial, before we build up to something that might garner more public attention,” he said.

“So referring the projects to a future public hearing does allow the city to better manage the agenda for the public hearing, and allows staff to consider the number, the order, the cases, and identify which cases can spark public interest so that we can plan and prepare for those speakers.”

Four rezoning applications were up for referral to public hearing.

For more than a year, this rezoning application attracted significant attention during its public consultation phase, given its relatively tall height for the area — 274 ft with 28 storeys. It is a revision of the previously approved development application to build a 159-ft-tall, 17-storey tower.

But city council voted to delay all four of these projects from entering public hearing for at least two weeks, until at least the next meeting on April 14.

“Many projects have had very robust public consultation already, and that’s what has gotten them to this point. And some of these are quite simple and there hasn’t been much public interest in commenting on them,” said Johnston, noting that while two weeks is not a major delay, he was unsure why it was necessary given the public consultation phase, for the applications had already been conducted.

“The provincial government has been pretty clear that they want to keep the economy going as much as we can, and this is a step in that direction… These are projects individuals or developers that have invested a lot of time and money into, and generally the industry is looking to us to see if we’re open for business, if things are continuing in the development sector.”

He added that staff are still accepting online correspondence as they normally would, and most are now working on reviewing applications from home.

In the April 14 meeting, city council is expected to weigh in on city staff’s temporarily altered procedures for public hearings.

“Even if we provide some type of virtual opportunity for the public, people are feeling really stressed right now and are trying to concentrate on staying home, survival, and doing all the things as a city we’re asking them to do while staying home,” said councillor Sarah Kirby-Yung.

“They’re not going to be in their regular mindset to participate in a public hearing.”

To seek her support, councillor Jean Swanson said city staff would have to consider some of the potential technological know-how barriers older demographics might encounter with participating in a virtual process.

She also expressed some health safety concerns with continuing the practice of in-person public speakers at public hearings.

“My interest is knowing in what the virtual process will be. Will all members of the public who want to make input be able to have it? I know the intention is for this to happen, but I also know how much technological babysitting I required just to do this city council meeting online — and I had a lot of help from city staff. Perhaps there are other people out there who need that kind of tech help too,” said Swanson.

“I am also uncomfortable with people coming to city hall before we flatten the curve. I think we need to model the behaviour that we want, and that’s staying home as much as we can.”

According to Johnston, the municipalities of Richmond and Surrey have plans to continue their public hearings for now.

However, jurisdictions that have suspended their public hearings include Coquitlam, New Westminster, North Vancouver City, West Vancouver, and Port Moody.

For the time being, the provincial government is allowing construction to be an essential service, as long as employers and workers conduct the proper health safety measures.