After meeting for just over three hours late Monday afternoon, Vancouver City council voted to move forward on a motion brought forward by Mayor Kennedy Stewart last week, which seeks to find solutions and housing for the city’s homeless, particularly those in and around Strathcona Park.

“It’s clear that we are approaching a tipping point, not just in Strathcona, but in terms of how we support all of our marginalized neighbours,” said Stewart about introducing the motion. “I’ve spent the summer months talking to community members, business owners, advocates, and healthcare experts, and it’s clear to me that once the summer is behind us, we will be in a dangerous place between the start of wet and cold weather and a vaccine yet to be available.”

At Monday’s meeting, council voted to move ahead with the motion, albeit with tho amendments that were brought forward by Councillor Jean Swanson that in addition to Stewart’s original three options, the city also look at the feasibility of establishing “temporary tiny house villages on vacant public or private land,” and RV parks for low-income residents. 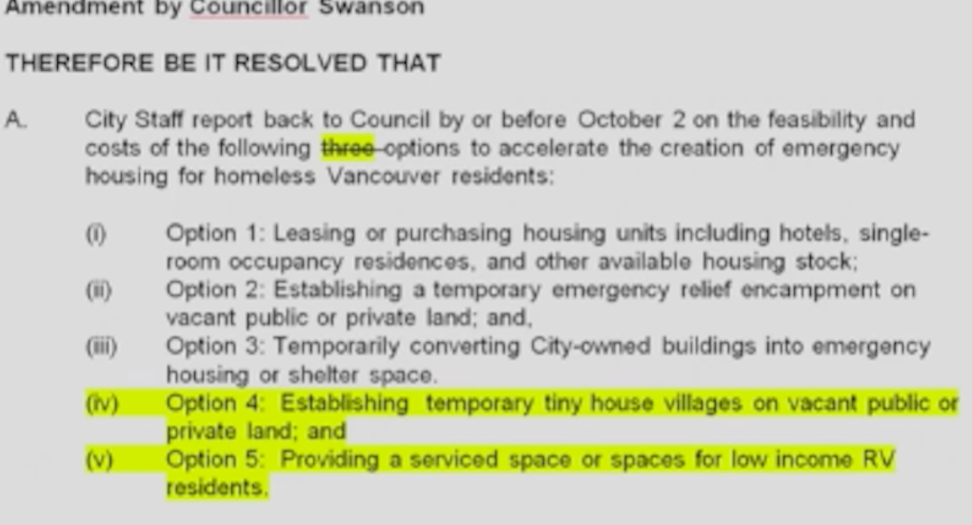 Voicing his pleasure with the results of the vote on Twitter, Stewart added that the next step “is for staff to quickly report back on the options Council has outlined and then get to work supporting our neighbours.”

Staff has until October 2 to review the options. 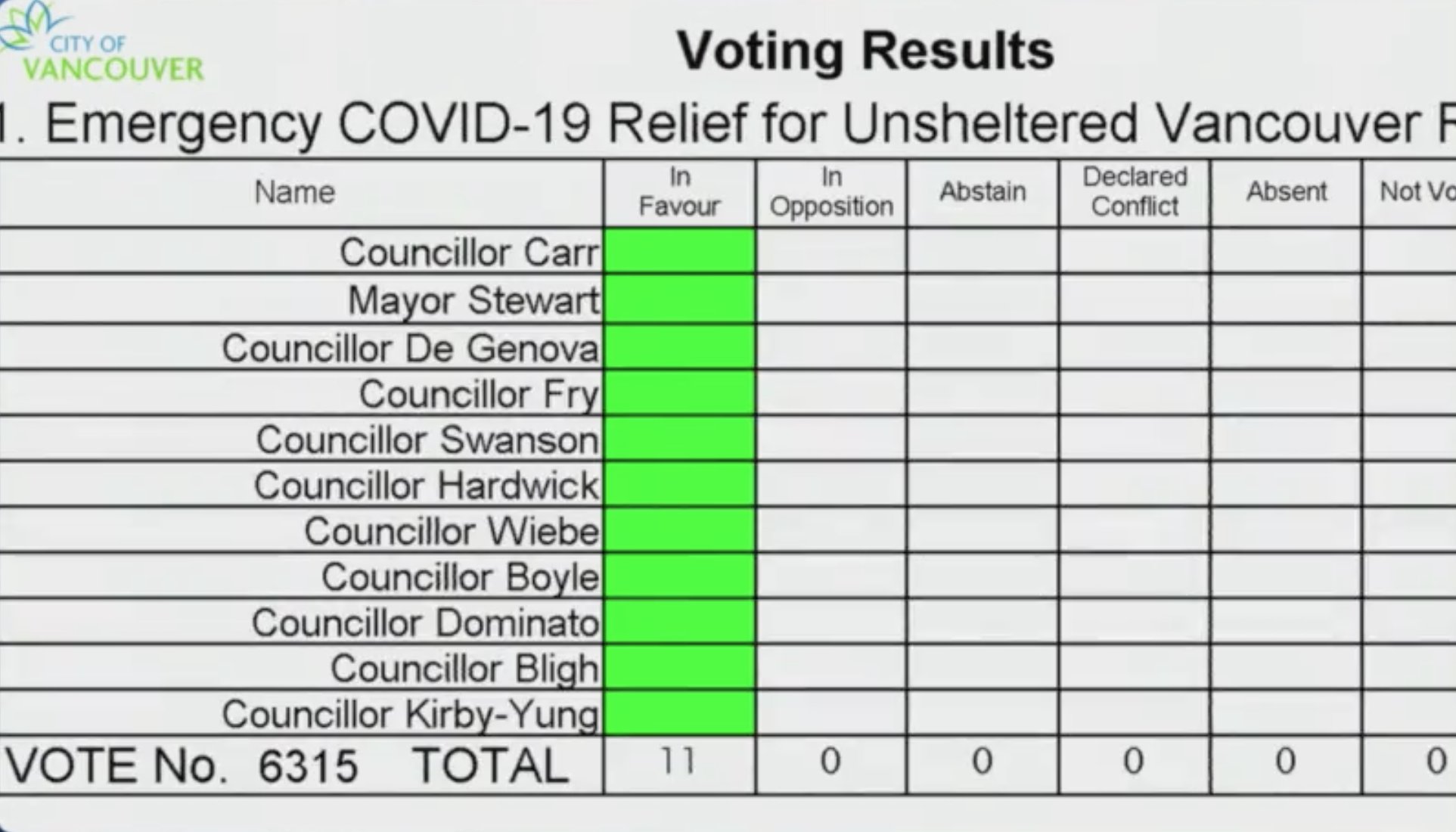