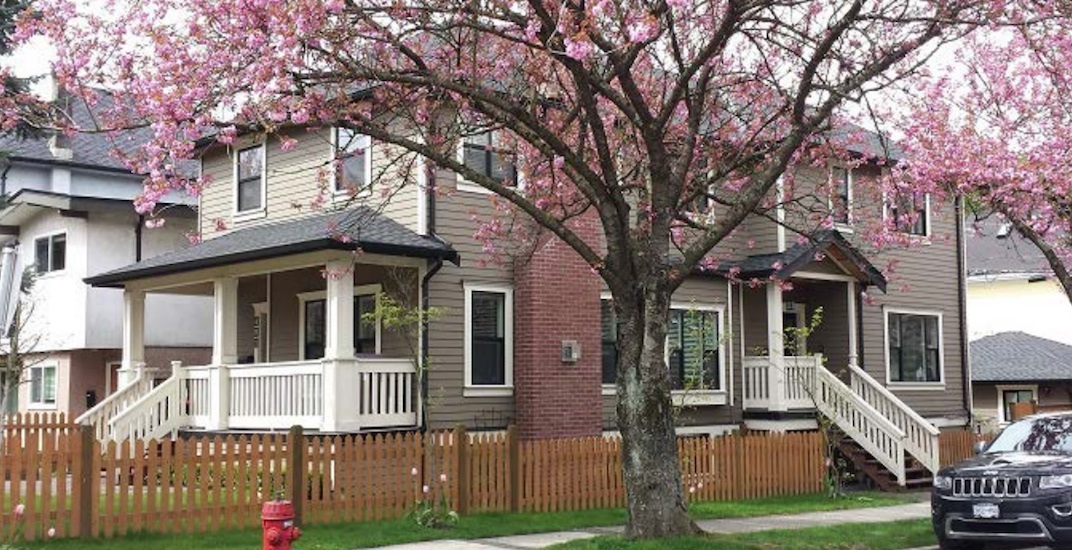 A litany of motions by the new Vancouver City Council will be considered during their first business meeting next Tuesday, November 13.

This includes one motion by newly-elected Non-Partisan Association councillor Colleen Hardwick, who wants to reverse the new policy approved by the last City Council on September 19 that permits duplexes on 99% of Vancouver’s single-family areas.

The decision at the time was made after two days of public hearings and heated debates, with City Councillors voting on the matter along party lines; Mayor Gregor Robertson, all Vision Vancouver councillors, and Yes Vancouver Councillor Hector Bremner voted in favour, while the three NPA Councillors and Green Party Councillor Adriane Carr voted against.

In her motion, Hardwick writes that “there was no meaningful public consultation” prior to the public hearing, where there was “significant public opposition” to the plan.

“These amendments were implemented immediately before, during and after where most of the then council members were not seeking re-election in the civic election October 20, 2018,” she adds.

Instead, she wants a new public hearing to be convened at the earliest date possible to allow the new City Council to reconsider the policy. However, at the time of writing, Hardwick’s motion does not have the support of a seconder in City Council.

The approved duplex plan allows houses to be divided into suites with separate entrances, adding to the existing maximum of three suites – a single-family house, secondary suite, and a laneway house. However, the permitted height and density has not changed.

About 67,000 single-family lots, accounting for 52% of the city of Vancouver’s land mass, are now eligible for duplexes.

At the time of approval, it was billed as one of Robertson’s most significant policies during his decade-long tenure as the city’s leader. 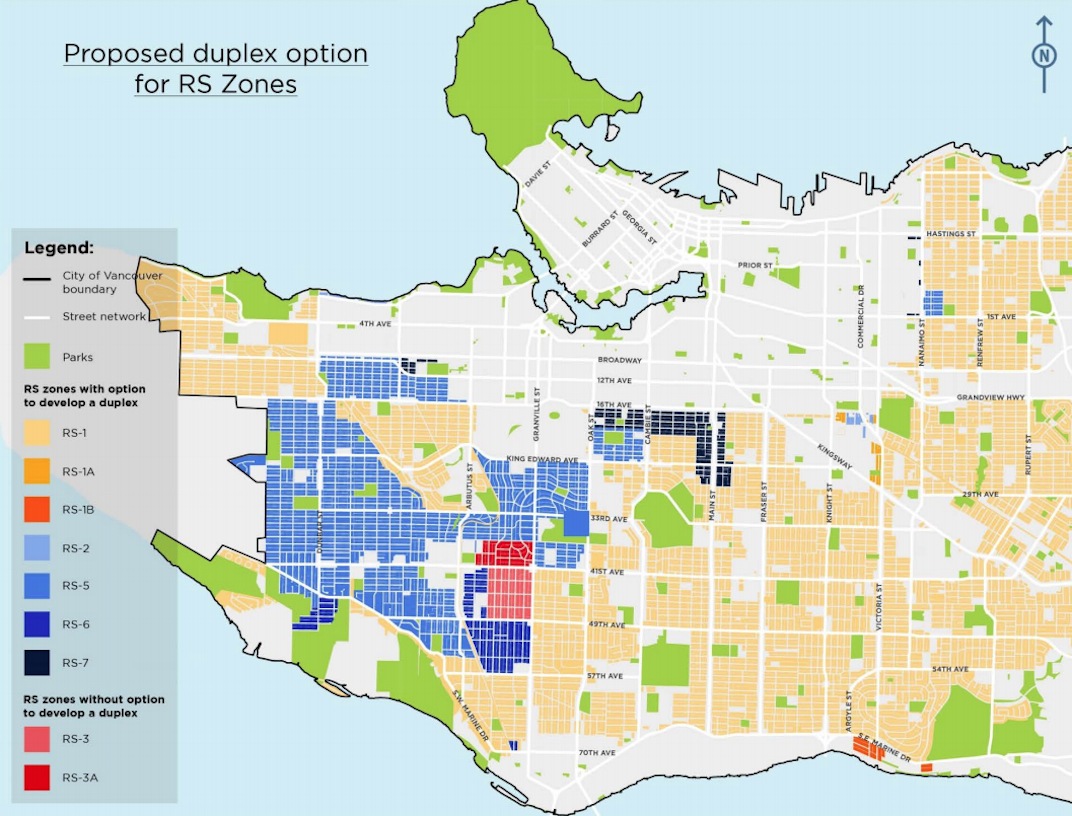 Map of single-family areas in Vancouver where duplexes can be built. (City of Vancouver)