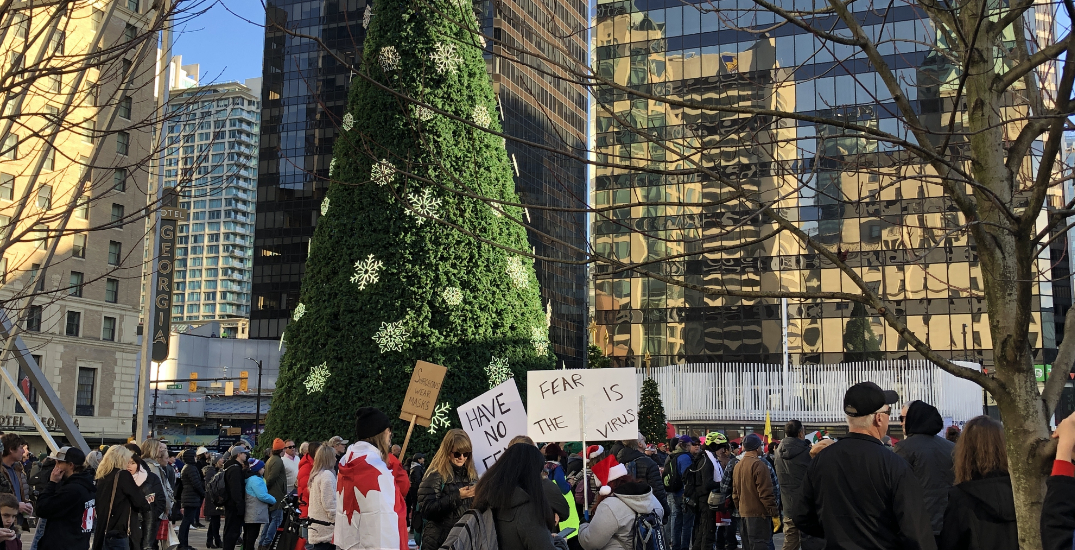 Anti-mask protestors took to the streets for a Christmas-themed protest this afternoon.

Vancouver Police estimated that 400 to 500 people were in attendance for the BC Christmas Freedom Rally 2020, which began outside the Vancouver Art Gallery.

Donnelly was released as the team’s official anthem singer just yesterday, after it was publicized that he would be performing at the event.

Prior to the rally, organizers billed it as being similar to their previous events, “except [with] more emphasis on being joyous, jovial, and festive.”

The protest included a march with Santa.

VPD previously told Daily Hive that officers would be present at the event “to respond if anything should arise.”

As of British Columbia’s latest COVID-19 health orders, all events are suspended in an effort to reduce transmission and keep schools and workplaces open.

The order includes gatherings at hotels, bars, and movie theatres, as well as demonstrations and rallies of any kind.

“Our officers support people’s right to peaceful protest because it is their democratic right– whether or not they agree with what is being protested,” stated VPD’s Cst. Tania Visintin in an email to Daily Hive.

“Vancouver Police officers exercise their discretion in the enforcement of public health orders. They must weigh a citizen’s right to peacefully protest with the current potential harm of gatherings. Mass arrests are not possible or desirable. Ticketing and arrests could escalate an already passionate situation, and when there are larger groups of people, the risk of injury to both protestors and police officers rises.”

She added that “this position does not automatically guarantee anyone special privileges at a protest. The bottom line is that if people are contravening the public health order, they could be issued a ticket.” 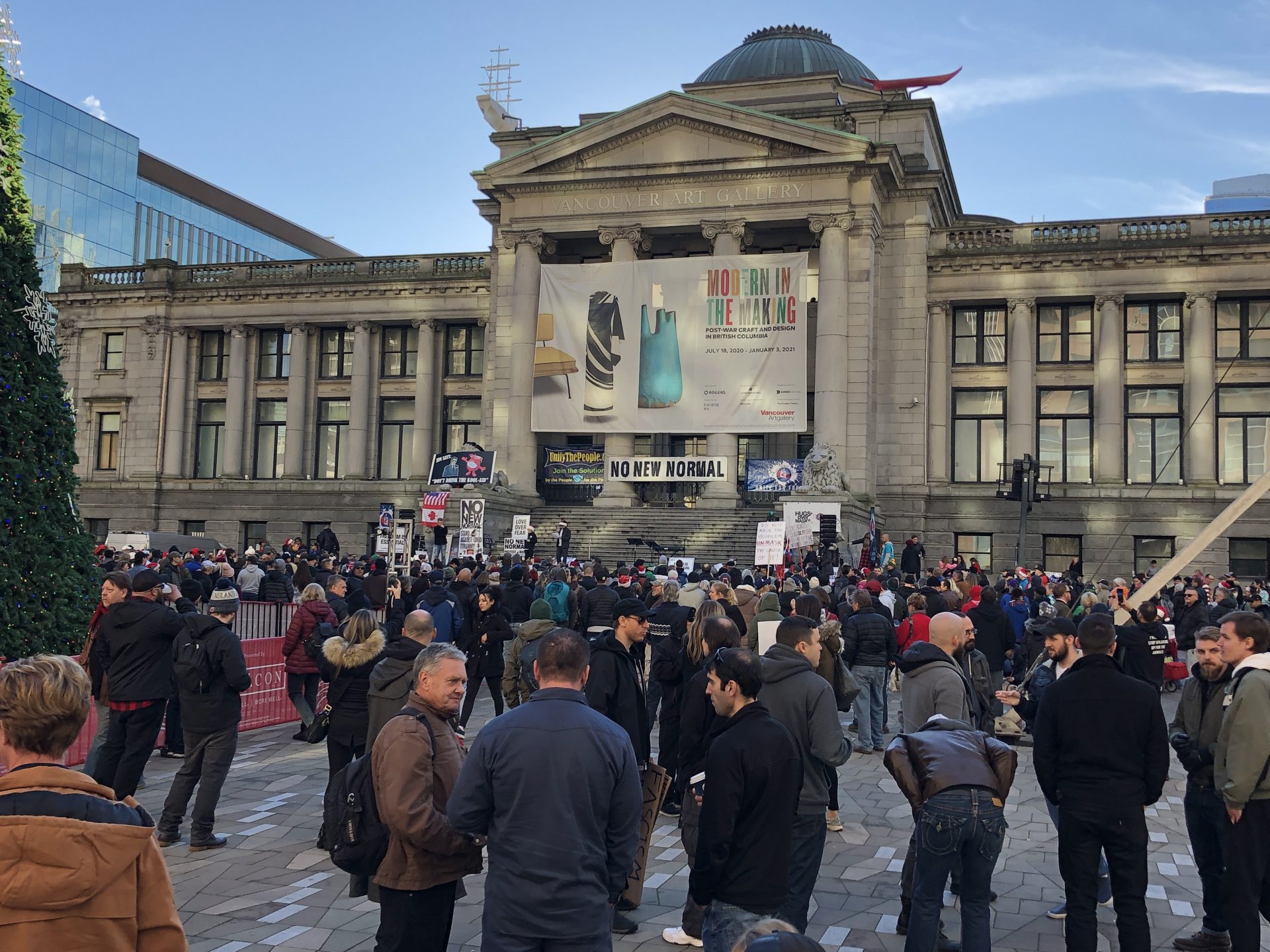 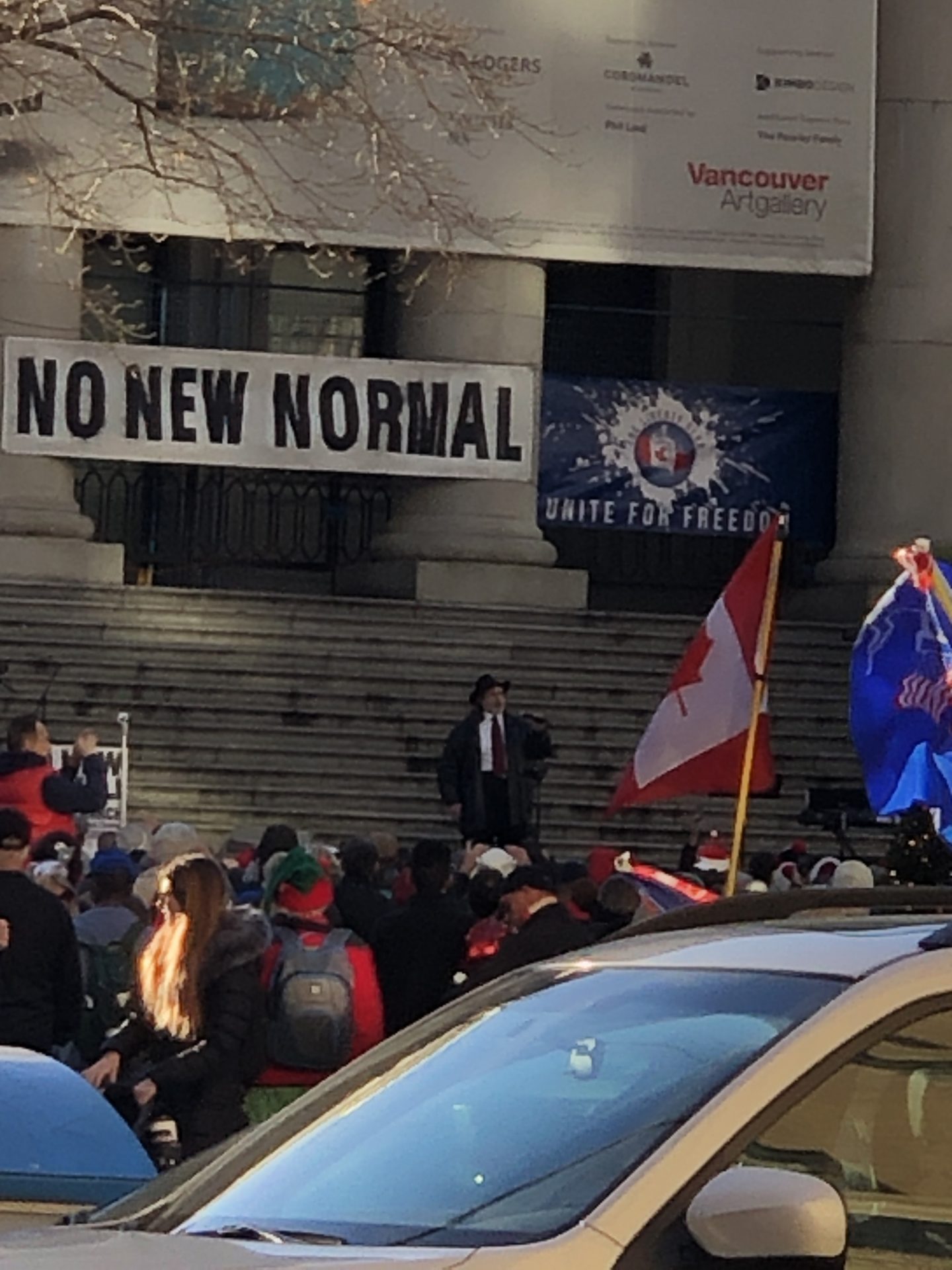 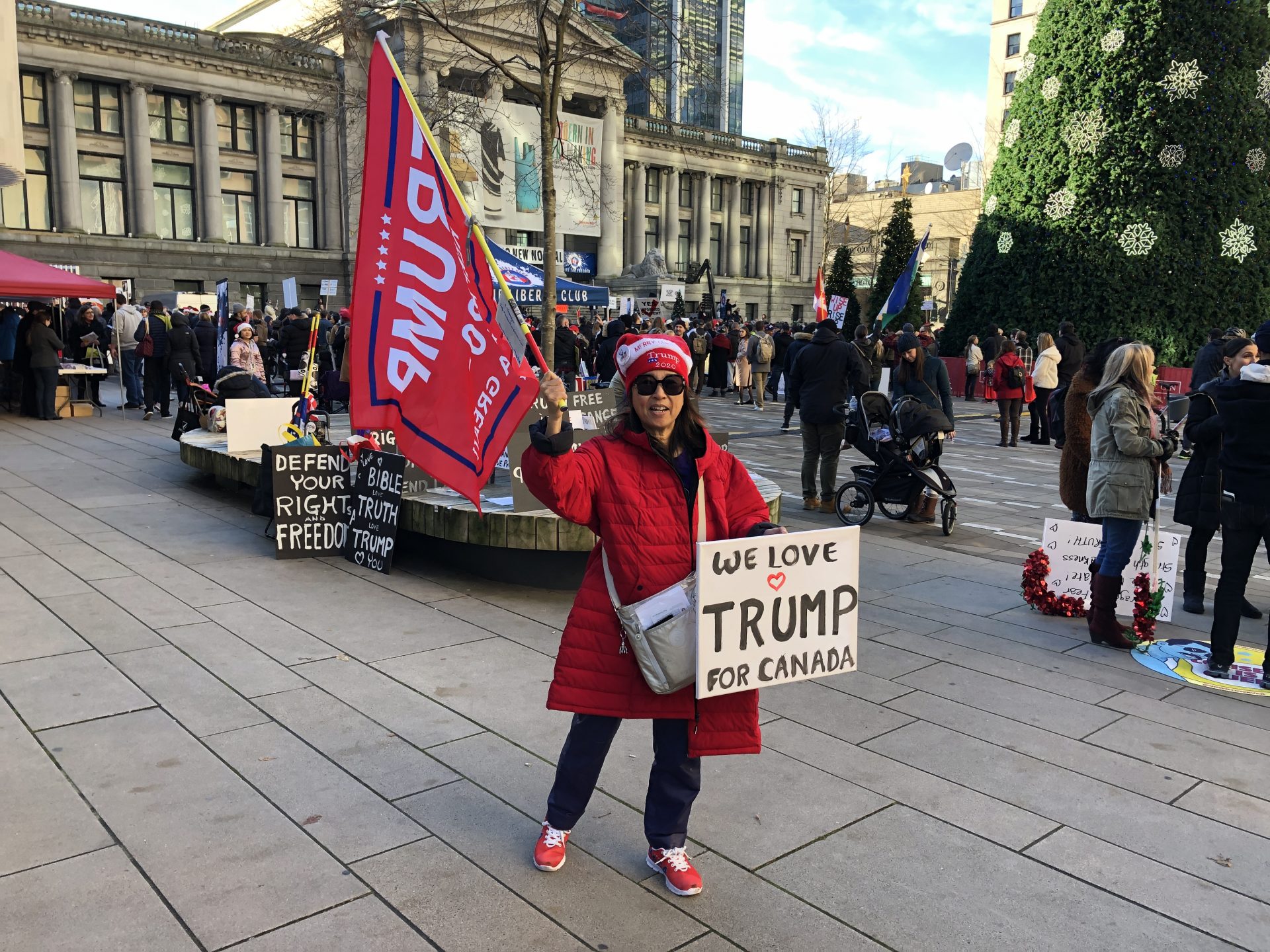 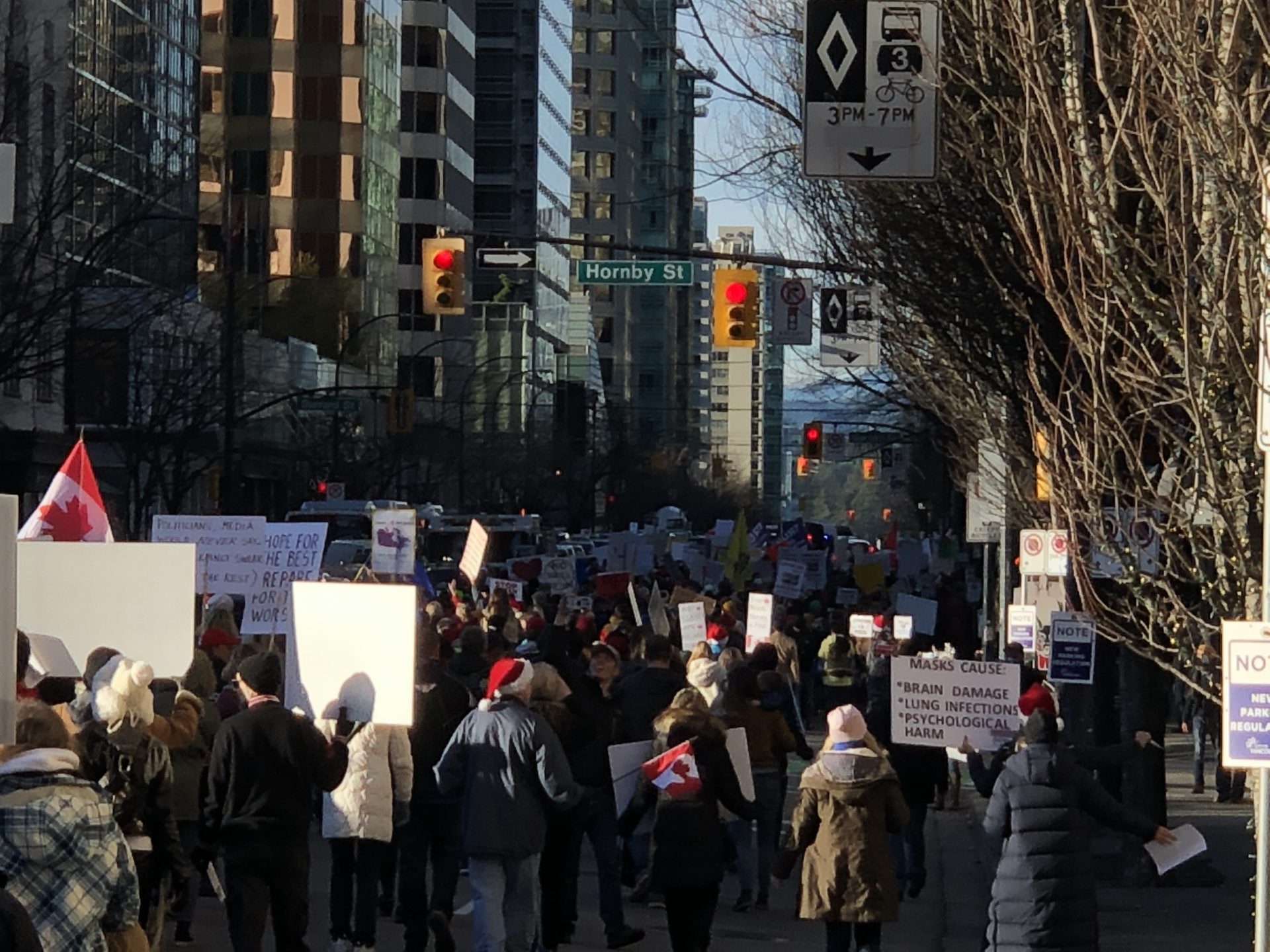 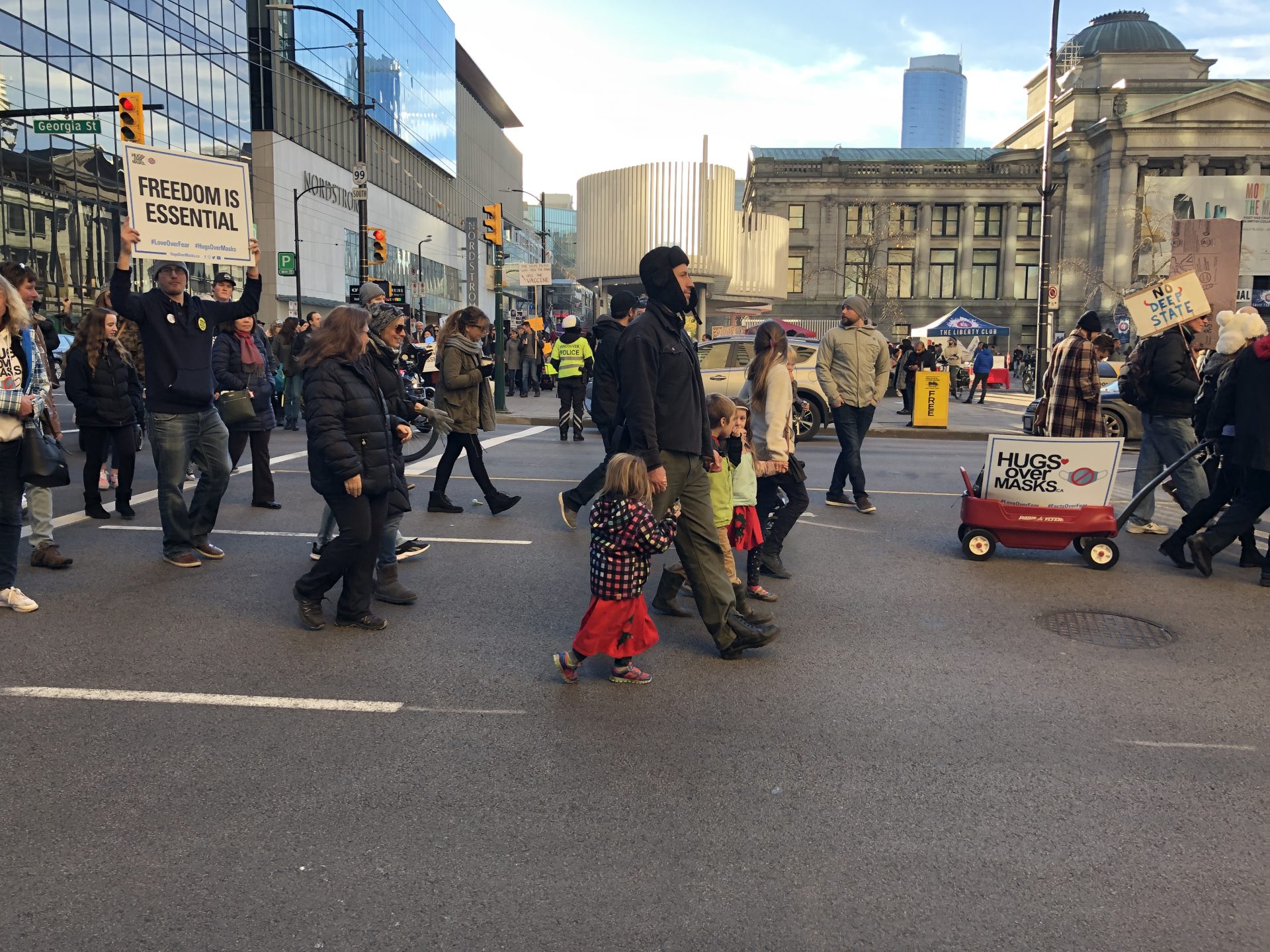 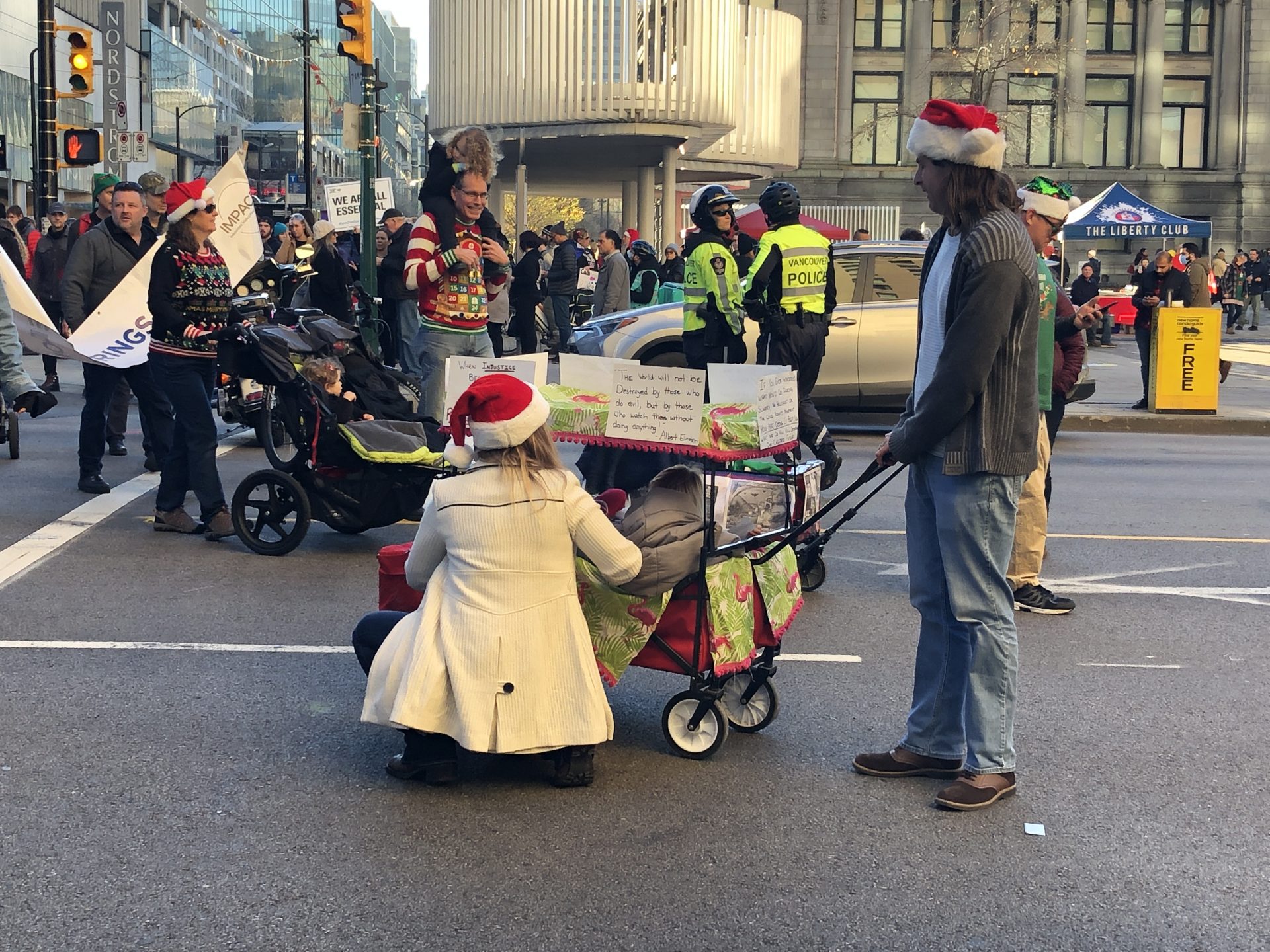