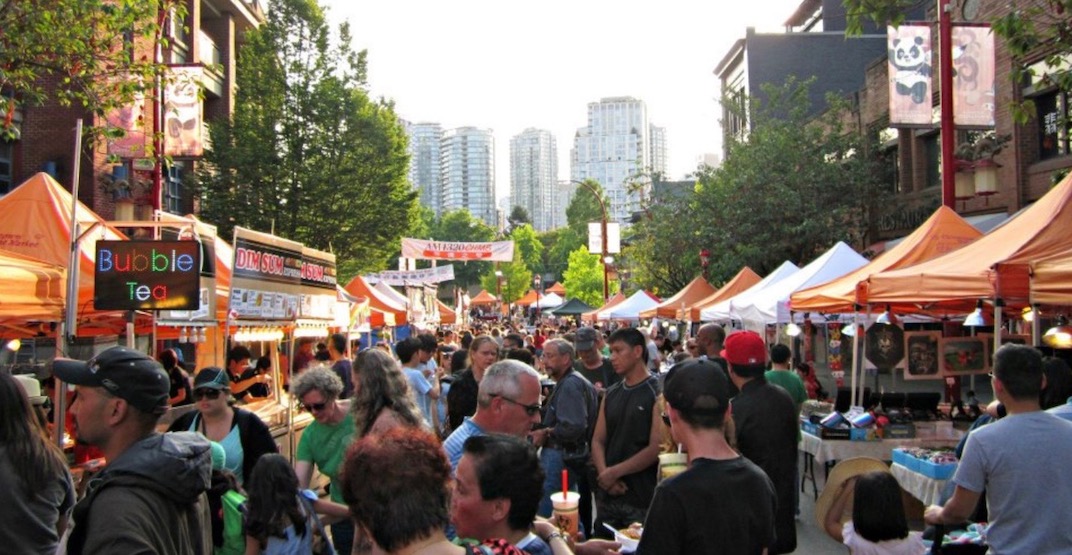 The Vancouver Chinatown Merchants Association (VCMA) has cancelled the Chinatown Night Market for 2018.

This was announced on April 27 during a joint press conference between the Vancouver Chinatown Business Improvement Area Society (VCBIA) and the VCMA, and it was summarized in a release after.

“For the past three decades, most city policies regarding Chinatown have not been for the benefit of property owners, shop owners, and shop operators. Nearly every policy involves Social Enterprises and nothing more,” the release stated.

The decision to cancel the Chinatown Night Market was made in “protest of the city’s neglect of Chinatown’s merchants.”

The VCBIA stated its support for this decision from the VCMA as part of an ongoing concern regarding Vancouver’s development policy update for Chinatown.