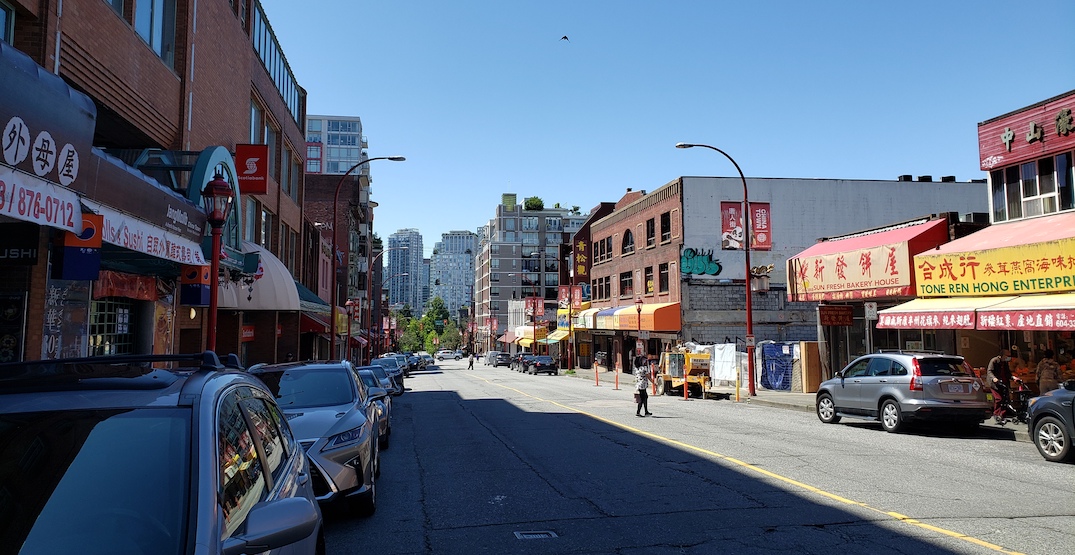 The community-based group tasked with overseeing the revitalization of Vancouver’s Chinatown is warning Vancouver City Council that inaction during the worsening social and economic crisis could reverse the pre-COVID-19 gains made with improving the district.

In a letter to city council last week, Kimberley Wong and Michael Tan, the co-chairs of the Vancouver Chinatown Legacy Stewardship Group (VCLSG), state businesses and arts organizations have been hit particularly hard, as most have been unable to access the federal government’s COVID-19 assistance programs.

Many businesses in the district do not qualify for the wage subsidy, given that they are family-operated small businesses without staff other than themselves. As well, some businesses have been unable to benefit from rental subsidies, because the landlord either unilaterally decided not to apply for the program or did not qualify.

The co-chairs cited recent preliminary statistics by the municipal government that deemed vacancy rates in Chinatown have soared by 23.7% compared to before the pandemic, with vacancy rates now hovering at 17% compared to the city-wide average of 10%.

The high storefront vacancies coupled with the reduction in foot traffic “has led to a troubling perception of Chinatown as an unsafe and unkempt neighbourhood, hindering economic recovery in the community.”

This district suffers from its adjacency to the Downtown Eastside, which has seen its social, homelessness, and opioid issues spill over into Chinatown over the past few decades. Public safety and cleanliness are currently the primary obstacles faced by businesses and the vitality of Chinatown as a whole.

These existing issues have worsened in recent years, prompting long-running businesses to close even before the onset of COVID-19, with the pandemic only greatly exacerbating the issues.

Wong and Tan brought forward the recent closure of Gold Stone Bakery & Restaurant as the latest example of the whittled down Chinatown. It shut down last month after 33 years of business.

“These small businesses are what make Chinatown unique and inspire fervent advocacy in the community,” reads the letter.

“However, once these unique culturally significant businesses are gone, they will have disappeared forever.”

To assist Chinatown with turning the tide, VCLSG is recommending a number of quick interim actions, including reducing curbside street parking rates and eliminating fees for the city-owned Chinatown Parkade over a six-month period.

As there is already low parking revenue in Chinatown due to decreased traffic, reduced or eliminated parking fees could better support the district’s businesses. 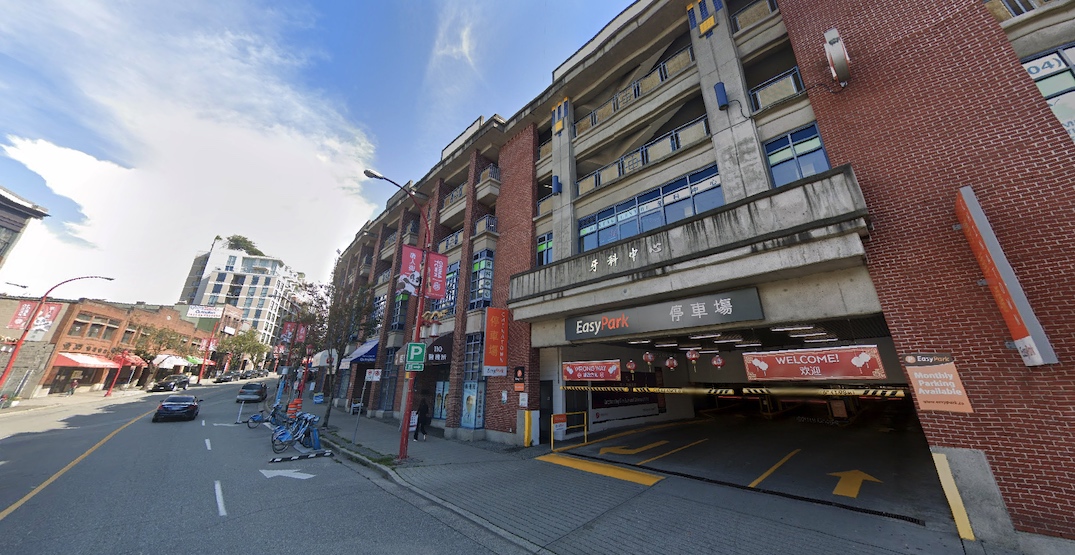 Sidewalks should be temporarily widened with faux curbs to provide more space for physical distancing. To date, Chinatown has not benefitted from the temporary outdoor patio programs for reasons that include safety and cleanliness concerns related to being next to the Downtown Eastside and the cultural customs of preferring indoor dining.

“The introduction of widened walkways overflowing to faux curbs would be a way for Chinatown businesses to leverage existing storefront space, similar to the temporary outdoor patio program,” continues the letter.

A multi-pronged approach is being requested to enhance the perception of cleanliness and public safety in Chinatown.

While laneways are currently flushed nightly, sidewalks are only cleaned twice a week, allowing garbage and human waste to accumulate and become a “deterrent and significant health hazard to visitors.” For this reason, VCLSG is urging the city’s Engineering Services to increase the cleaning of streets, alleys, and sidewalks in Chinatown to a daily practice.

To address the issue of scattered needles and other drug paraphernalia outside storefronts and public spaces, the group wants to see the expansion of the Community Stewards Program, which liaisons with businesses, handles overdose situations, distributes needle disposal boxes, and picks up discarded needles.

“According to city staff, Stewards are often called upon to deescalate non violent and noncriminal situations due to their shorter response times compared to the Vancouver Police Department.”

A city councillor or another city representative should be appointed to facilitate improved coordination between the multiple city departments responsible for cleanliness and public safety, including the police, engineering, Vancouver Coastal Health, and the community.

“The creation of a single, multi-departmental meeting will reduce bureaucratic hurdles relating to the development and deployment of community initiatives,” reads the letter.

“The urgent challenges facing Chinatown require solutions that impact multiple city departments. With the vast majority of community advocates being volunteers, meeting with multiple departments, each separately, is not sustainable.” 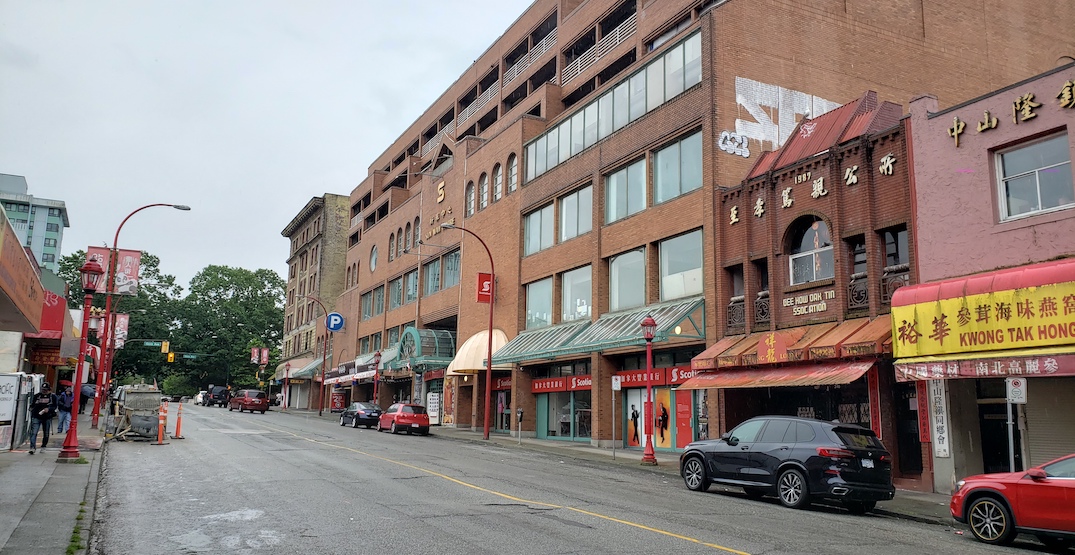 Additionally, the group is requesting the city to support and fund a Special Enterprise Program that will offer support to businesses in Chinatown by assisting with online marketing, activating vacant retail spaces, and providing stimulus to community-based social enterprises and non-profits. For instance, property owners will be provided with assistance to activate their vacant spaces for legacy businesses and social enterprises.

VCLSG also compared Chinatown’s unique situation to Granville Island, where businesses and arts organizations were unable to access federal assistance programs as their landlord is a federal crown corporation. In June, the federal government granted Granville Island with $17 million in emergency operating funding, which will be partially used as rent relief for struggling businesses. The group wants the municipal government to formally ask the provincial and federal governments for a similar targeted emergency funding for Chinatown and its businesses.

The municipal and provincial governments and the community are in the midst of a years-long application process of seeking a UNESCO World Heritage Site designation for Chinatown. Both governments also have a plan to build a new Chinese-Canadian history museum in the district.

VCLSG was formed by the municipal government in 2017.