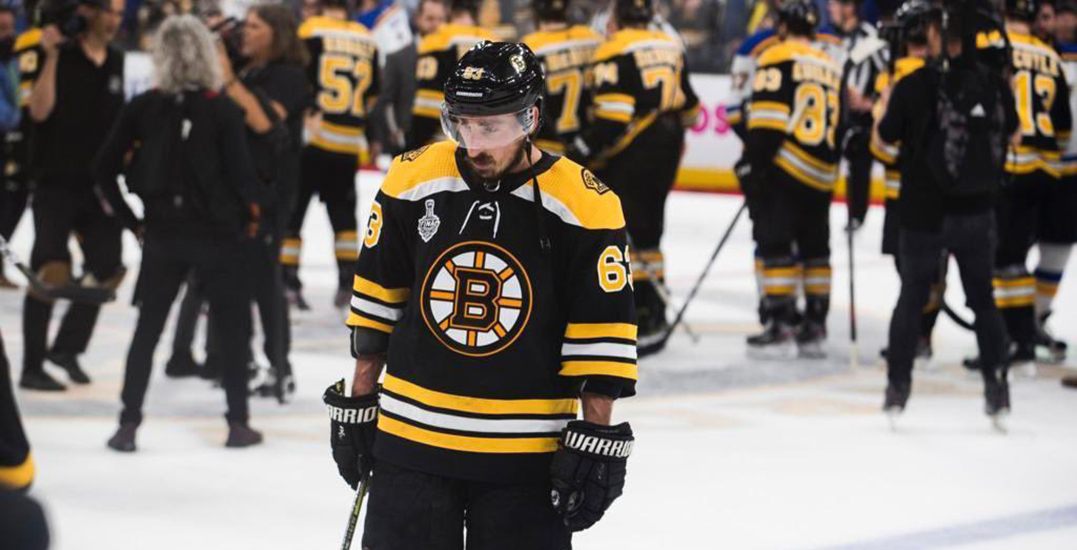 For some Vancouver Canucks fans, it’s the closure they’ve long been searching for.

The Boston Bruins lost Game 7 of the Stanley Cup Final to the St. Louis Blues. The Bruins lost the game 4-1, in an almost eerily similar fashion to how the Canucks lost in 2011.

Poetic justice, just desserts, call it whatever you want, but Canucks fans will be smiling about last night’s game for a long time to come.

Thank you for showing the Bruins what it feels like to lose a #StanleyCup, in game 7, in their home town.

The entire Vancouver Canucks fan base is celebrating with you! LGB 💙💛

As a Vancouver Canucks fan, I have to give it up to the Blues for slaying a beast we couldn’t in 2011.

THIS JUST IN: #Marchand just scurried back into the sewer he came out from. #StLouis #Blues #Bruins #StanleyCup #StanleyCupFinal #Boston @NHLBruins @StLouisBlues #Vancouver #Canucks @TSN1040

Dear Boston Bruins/Fans,
Now you know how it feels to lose Game 7 in the Stanley Cup Finals on home ice. Karma is a bitch. lol
From, a Vancouver Canucks Fan

The Bruins losing tonight may be more enjoyable than the Raptors winning tomorrow for a lot of Vancouver Canucks Fans!

As a #Vancouver @Canucks fan, I must say, I do like the score of this game currently. @NHLBruins pic.twitter.com/qKup0s6AIe

In 2011: The Boston Bruins beat the Vancouver Canucks 4-0 in Game 7 to win the Stanley Cup.

@Bmarch63 as a Canucks fan I’ll never get over our game 7 loss to you guys. no sympathy here, anyone but the Bruins!

I loved the game. I have a history of dislike with the Bruins, including them beating the Canucks in game 7, so it was especially sweet for me to see them fall at home. What a great story across the season and then the playoffs.

I am forever grateful for the teams who beat the Boston Bruins. Thank you for doing what my Canucks couldn’t. I am now a fan for life. Thank you Gmo @G_Delabar

#StanleyCup #stlblues So pleased to see Blues won the cup. Great season and as a Canucks fan good to see Bruins eat dirt!! Fantastic series and it made my summer knowing their is a new name on the Cup. Well done Blues🤘🤘💣🗯🥂🥂🥂

As a Canucks fan seeing the bruins lose game 7 on home ice makes me so happy. Seeing this picture is the cherry on top.

So glad the #bruins lost tonight. That’s some modicum of revenge for beating the #Canucks years back.

As a long time Canuck fan, the glorious and euphoria feeling of seeing the Blues defeat the Bruins was ecstatic. Seeing the Bruin fans in tears ah the joy and tears…. wow…what a game 7. Thank you Blues. I be singing Gloria all through the night. #stanleycupchampsblues