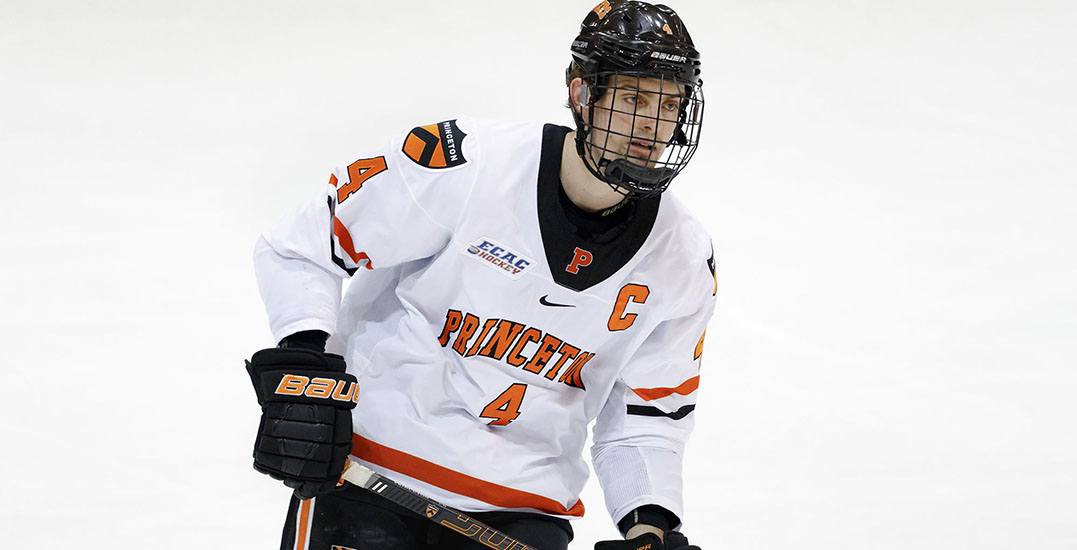 One of the Vancouver Canucks’ newest signees will make his NHL debut tonight.

24-year-old Josh Teves has confirmed that he’ll be suiting up for a home game against the Anaheim Ducks.

The former Princeton University defenceman shared that his parents would also be flying in from Calgary to witness the special moment.

.@Josh_Teves4 confirms he’ll make his @NHL debut tonight. His parents, Armando & Pipa, are flying in from Calgary for the game.

“I don’t know if it’s really set in yet,” Teves tells reporters. “I’ve been dreaming about this day for a long time but I’m trying not to worry too much and just take it all in. You don’t want to put too much pressure on yourself.”

The Alberta native commented that he’d be skating alongside Alex Biega. The 30-year-old defenceman has appeared in 37 games this season and will be looking to help the rookie settle in.

As one defenceman makes his debut, many eyes still remain on Quinn Hughes, who has yet to make his debut after arriving in Vancouver.

The 19-year-old spent his first week in a walking boot following a bruised ankle, the result of a blocked shot during his final NCAA playoff game.

The prospect took part in Tuesday’s morning skate, but word of his NHL debut has yet to be confirmed.

Meanwhile, the Vancouver Canucks will be looking to redeem themselves after a string of weekend losses.

Last Saturday, the Canucks dropped a match against the Calgary Flames, followed by a 5-0 loss to a struggling Columbus Blue Jackets a day later.