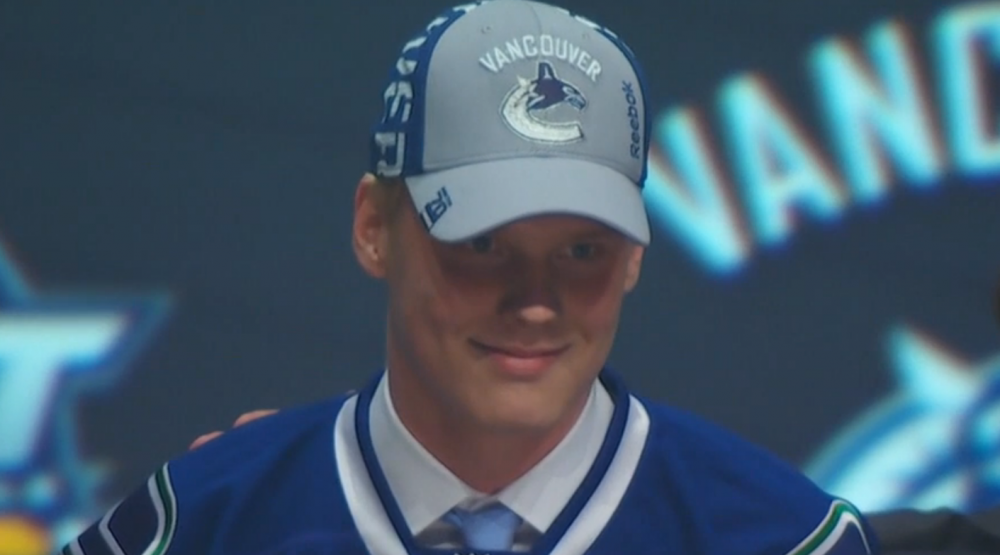 The Vancouver Canucks have chosen defenceman Olli Juolevi with the 5th pick in the 2016 NHL Draft.

With the fifth pick in the 2016 @NHL Draft, the #Canucks select defenceman Olli Juolevi! #CanucksDrafthttps://t.co/1gCxUskE02

The Canucks appeared to have their eye on centre Pierre-Luc Dubois, who was a surprise selection by the Columbus Blue Jackets at 3rd overall. Winger Jesse Puljujärvi slipped to 4th overall, leaving the Canucks with a choice between a pair of London Knights: Juolevi and winger Matthew Tkachuk. Vancouver chose Juolevi, which serves a positional need.

Here’s the scouting report from Curtis Joe of Elite Prospects:

A competitive spark-plug, Olli Juolevi is a complete, all-around defenceman who can hem the opposition in their own end or make things difficult for the opposition at home; either way, he puts the pressure on and lays it on thick. A strong and balanced skater, he can rush the puck through the neutral zone with ease or backcheck with haste. Uses his size to his advantage, but knows his physical limits and plays within them. Instead of playing overly physical, he makes his presence felt by exhibiting his high-end playmaking ability and puck possession play. All-in-all, a well-rounded blueliner who thrives under pressure and can be trusted in all situations.

Juolevi is the type of defenceman that the Canucks can certainly use, although he is not projected to be a cornerstone, #1 defenceman. It’s likely too much to expect him to make the jump to the NHL next season, so it’s probable that he’ll get another year to develop in London.