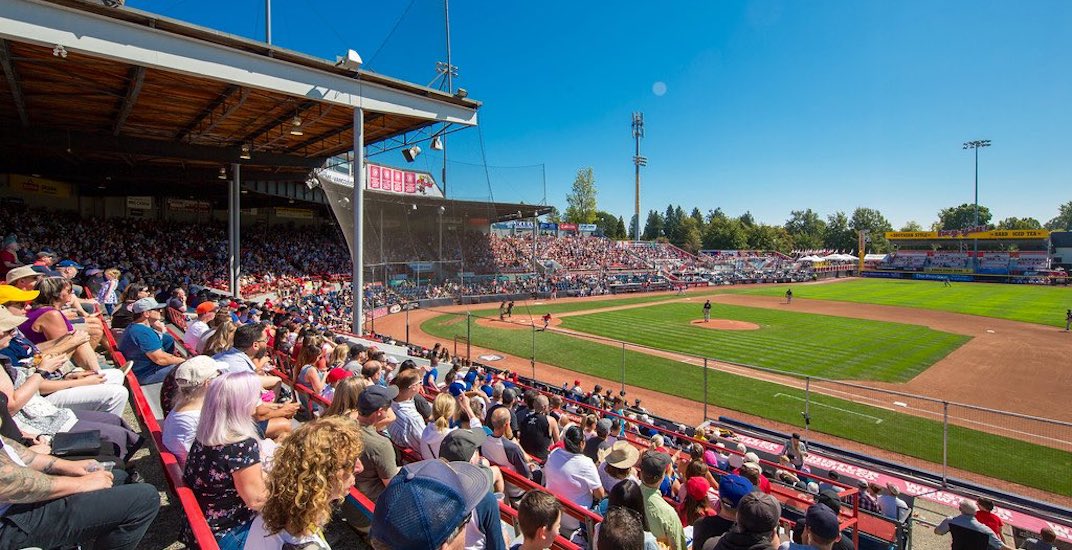 The Vancouver Canadians announced that they will play the remainder of the 2021 season at Ron Tonkin Field, their temporary home in Hillsboro, Oregon.

After their season was wiped out completely in 2020, the C’s were one of many Canadian-based teams forced to relocate to the United States this season due to the closed border. They hoped to return sometime this summer, but will now have to wait until 2022.

While BC health officials currently would allow 50% capacity at a venue like Nat Bailey Stadium, the problem for the Canadians is that the other five teams in the High-A West League are located in the United States.

“As we all know, 2021 has been challenging for everyone both personally and professionally, however, we have been fortunate to be able to start and now finish our season in Hillsboro,” said Canadians President Andy Dunn. “The safety for our players, staff and fans remains our number one concern. Coupled with the fact that our season will conclude in less than 30 days, we have made the tough decision to finish the 2021 season in Oregon.”

When the Canadians do return to Nat Bailey Stadium, fans will get to enjoy a longer season and better baseball, as the franchise has moved up in class. Vancouver now plays High-A baseball, which is a couple steps up from Short-Season Single-A league they used to play in.

Next season begins in April, and the Canadians are hopeful that they’ll be back in Vancouver by then.

“Our staff have already begun the process of planning and developing what will be an exciting and memorable return for baseball and the Canadians to Vancouver and Nat Bailey Stadium beginning in April for our 2022 full season,” Dunn added. “We look forward to welcoming each and every one of our fans back home to The Nat in 2022.”