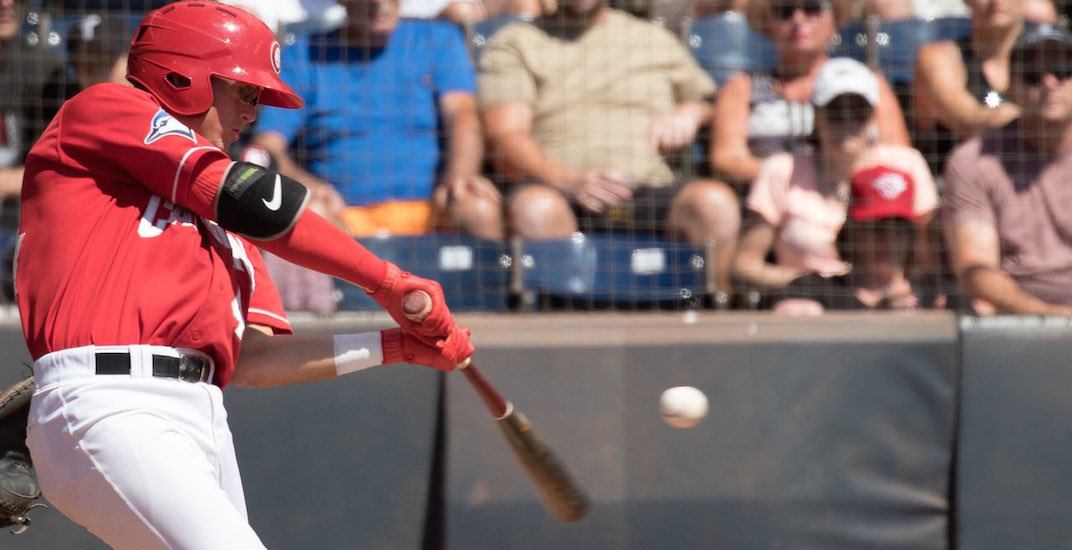 The Vancouver Canadians will need to wait an extra day before playing their first postseason game in three years.

The C’s were supposed to kick off the first game of their best-of-three North Division final series on the road against the Spokane Indians tonight. Instead, the game has been postponed due to poor air quality caused by smoke from nearby forest fires, meaning the game will be moved to Nat Bailey Stadium tomorrow.

Air quality in Spokane has been described as “hazardous”.

Tonight's home playoff game has been postponed due to air quality. Game 1 vs. @vancanadians is rescheduled for Wednesday in Vancouver #GoSpo pic.twitter.com/m0WFAMXGjx

All three games of the playoff series will now be played in Vancouver, with Spokane acting as the ‘home’ team in Game 1. Game 2 and 3 will take place with Vancouver as the home team on Thursday and Friday (if necessary).

Spokane (39-37), an affiliate of the Texas Rangers, had to win eight of their final 10 games to clinch a playoff spot on the final day of the regular season. In contrast, the Canadians won the first half pennant, so they’ve been preparing for the postseason for over a month.

The Canadians finished with the league’s best record and have won four in a row. Their pitching staff is red hot, not allowing a run in the past 32 innings.

Vancouver had the edge in the head-to-head meetings with Spokane, winning nine of the 12 games between the two clubs.

The winner of this series will advance to the Northwest League Championship. Should the Canadians move on to the final, they would host Game 3, 4, and 5 (if necessary) of the best-of-five series September 10 to 12.

The Canadians were a hot ticket in 2017, setting another attendance record at Nat Bailey Stadium. As of Tuesday afternoon, tickets are still available for Wednesday, Thursday, and Friday’s games.