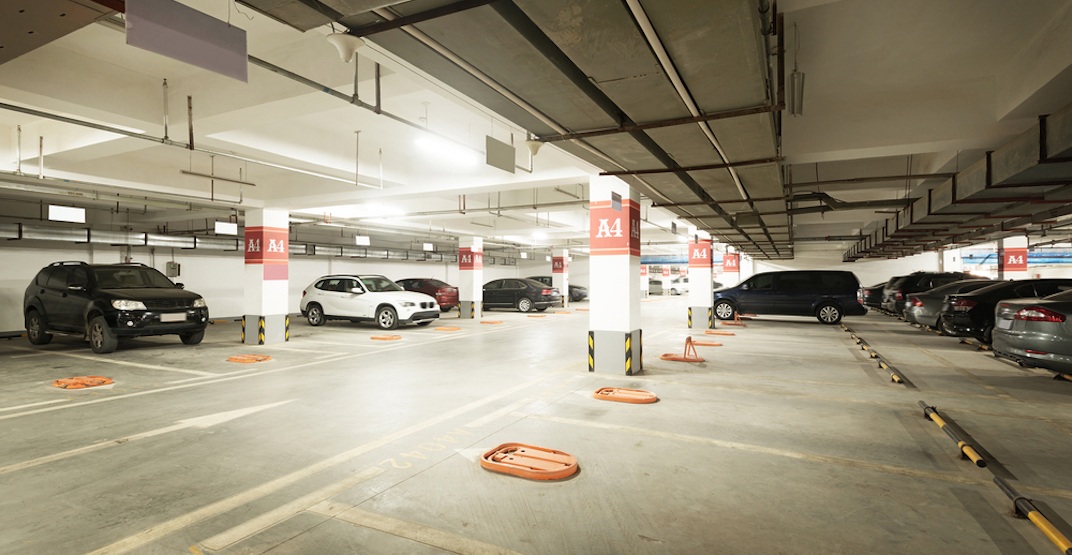 A new report by Metro Vancouver Regional District that analyzes the utilization of parking supply within apartment and condominium buildings in the region concludes that there is an oversupply of parking stalls in such developments.

The overcapacity rate is similar for mixed tenure and mixed rental apartment buildings, with supply over demand by 41%.

Progressive urban development strategies of building greater density around the frequent transit network, such as frequent bus routes or SkyTrain, are showing the intended results.

The difference is even higher for market rental sites, with parking utilization near transit ranging at 0.35 to 0.72 vehicles per unit — significantly lower than 0.99 for sites that are not close.

Overall, based on the findings, when apartment parking use is lower, transit boardings for apartments near frequent transit services are higher. 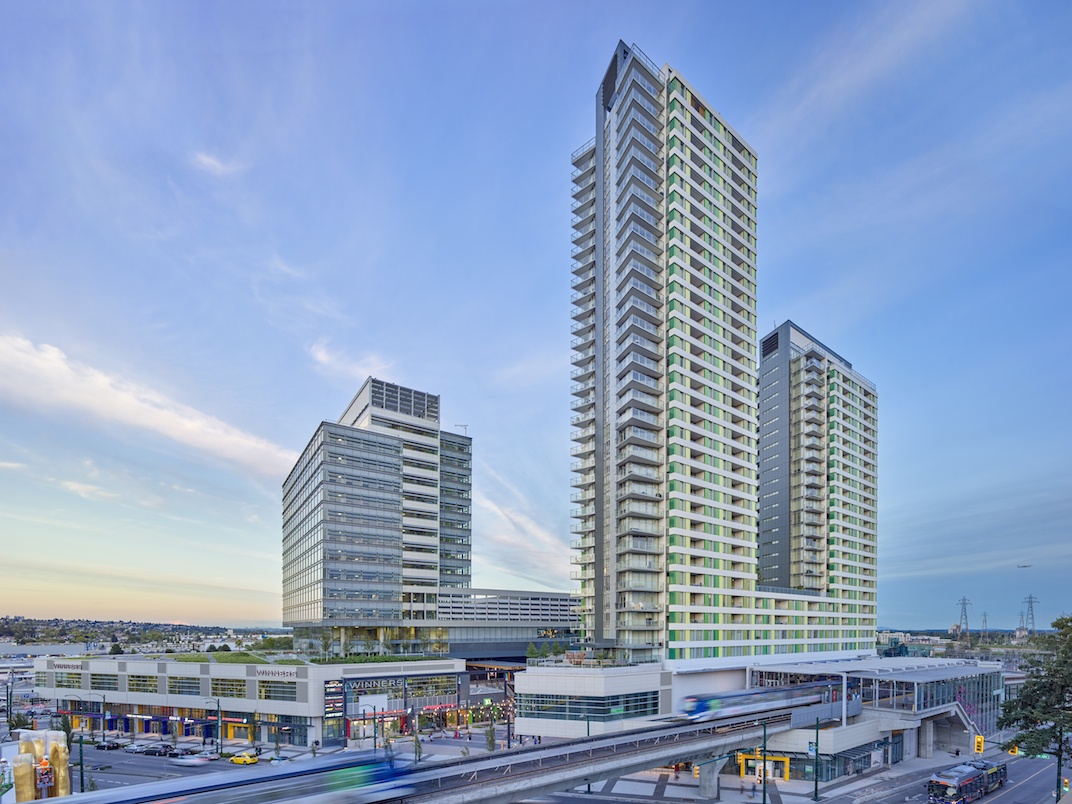 But the report suggests that much more can be done, as in parking requirements near transit investments should be lowered to reduce land use and construction costs, which could contribute to housing affordability.

A significant portion of the cost of construction with multi-family residential buildings comes from parking, especially from the excavation and concrete required for underground parking levels and ramps.

“An excessive supply of parking represents an inefficient use of land and capital resources, especially in Urban Centres and areas along the Frequent Transit Network, and a missed opportunity to reflect evolving transportation choices and to reduce the cost of housing construction,” reads the report. “The Regional Parking Study, a collaborative effort between TransLink and Metro Vancouver, draws out patterns to expand the knowledge base of practitioners and policymakers in member jurisdictions and the development community.”

“Many of the patterns are consistent with expectations and reflect the success that the region has had in coordinating land use and transportation decisions. The findings also reveal opportunities to ‘right size’ the amount of parking in apartment buildings.”

In another recent report by the regional district that evaluated land use on the Lougheed Corridor in advent of the Lougheed Highway B-Line, regional planners assert that parking requirements for areas within 400 metres of B-Line stops should be reduced, especially for rental buildings, which “may support the creation of higher-density nodes close to transit by reducing developer construction costs.”

Within Vancouver, reduced parking space requirements are already practiced to an extent for newer developments, including for Marine Gateway and the upcoming Oakridge Centre redevelopment. Policies such as Rental 100 also provide developers with the option to build less parking space than normally required.

On-site and on-street parking as a system

According to regional planners, on-site and on-street parking should be considered in tandem.

“A more holistic approach toward parking supply and parking demand management for new apartment projects is warranted,” reads the report. “Attention should be paid to the availability, type, and relative permanence of street parking (e.g. free, paid, permit-only, and / or time-limited) and surrounded land uses, in association with any reductions in on-site parking requirements.” 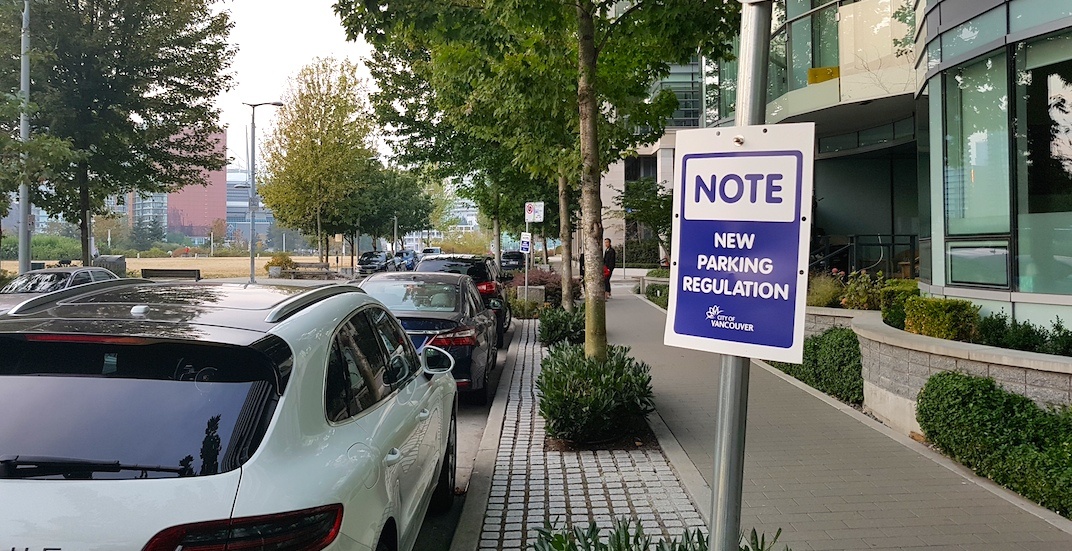 Street parking utilization is usually higher in the evenings of any weekday or Saturday than on a weekday late night, especially for areas near parks, restaurants, and other businesses.

Households that reported parking on a nearby street typically park within a five minute walk from their apartment building.

Larger new housing developments can have vast underground spaces with a capacity to hold hundreds of bikes.

The study found that about one-third of bicycle-owning households do not use their building’s secured bicycle parking facility, with the rate of use consistent across different building ages.

“The most frequently cited concerns were risk of damage to or loss of the bicycles, crowded facilities, and adverse perceptions of safety and convenience,” reads the report.

A number of other recommendations were made by the study, including encouraging parking unbundling or opt-outs. Parking stalls would be sold separately from apartments or consumers would be allowed to opt out of a parking stall to increase housing affordability options for prospective homeowners without personal vehicles.

Additionally, municipal governments should change their processes that allow for alterations in a development’s parking supply design after apartment pre-sales, when developers have homeowner data to support modifications to a building’s residential parking supply.

One other recommendation relates to conducting regular and frequent post-occupancy surveys of apartment projects to provide timely information on parking demand in recently built and fully-occupied apartment developments.

The study’s findings were based on surveys of 73 apartment sites, a street parking survey, and 1,500 voluntary household surveys.