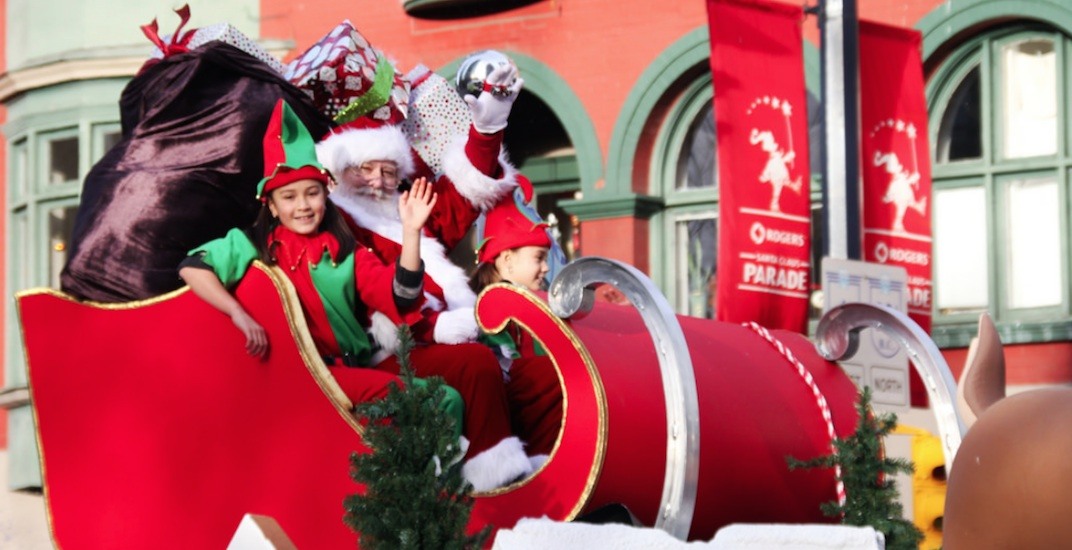 Santa Claus won’t be skipping Vancouver after all as previously feared.

Earlier this month, the Vancouver Santa Claus Parade Society (VSCPS) announced its 2017 parade was facing a $150,000 budget shortfall and potential cancellation after Rogers Communications decided not to renew its longtime title sponsor partnership.

But one major locally-based business came to the rescue, and that business is TELUS, which is picking up the shortfall to ensure the parade goes on as planned this year.

In exchange, TELUS is the parade’s new title sponsor; the 2017 annual event is now known as ‘TELUS presents the Vancouver Santa Claus Parade’.

“Many of our customers and team members wrote and encouraged us to support the parade this year,” said Jill Schnarr, Vice-President of Community and Media Relations of TELUS, during a press conference held at TELUS Garden earlier this afternoon. “Indeed, the Santa Claus Parade helps knit our community together, reminding us of how we are all connected during a very special time of the year.”

Santa Claus announcing his return to Vancouver during the press conference at TELUS Garden on October 24, 2017. (Kenneth Chan / Daily Hive)

VSCPS president Jessica Walker told media that over the last few weeks, the Society received an outpouring of interest from businesses that were willing to help fill in the funding gap.

“TELUS will provide sponsorship funding and other support that will allow the parade to once again march down the streets of downtown Vancouver,” said Walker. “I can’t say enough about how thrilled we are with the support of TELUS and that we will be able to hold the parade for its 14th year straight.”

The parade is scheduled to begin at noon on Sunday, December 3, and will run along West Georgia Street from the West End to the Central Business District.

The event is also a major annual generator for the Greater Vancouver Food Bank ahead of the busy Christmas season. And to encourage the public to donate non-perishable food items for low-income residents across the region, TELUS says it will donate $1.00 per item donated for a contribution of up to $20,000 between now and the parade day.

Where: Downtown Vancouver along West Georgia Street, beginning in the West End and ending in the Central Business District