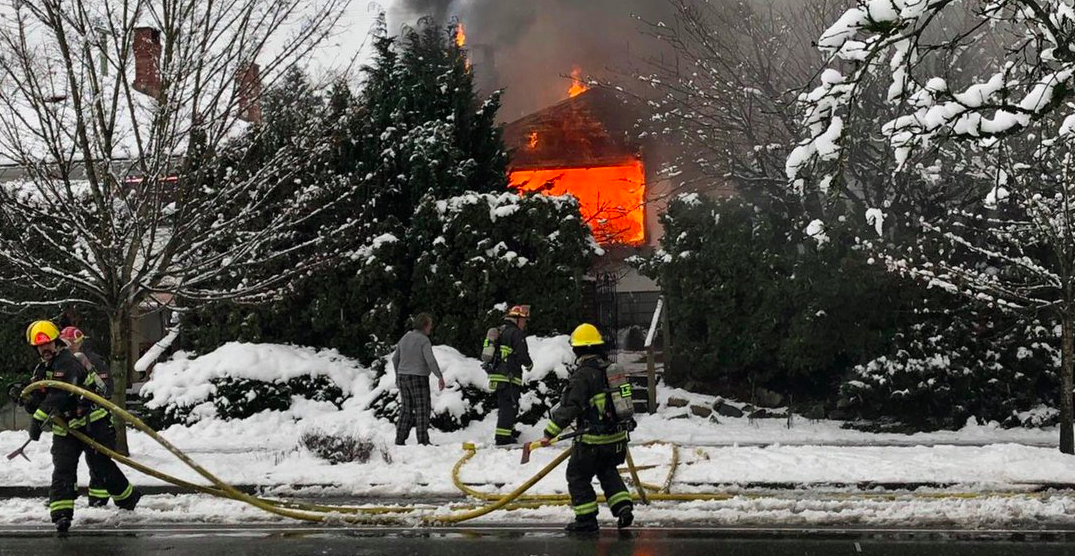 Parts of Cambie street is closed in both directions while firefighters battle a blaze at a home in the 5300 block.

Drivers are being asked to avoid northbound Cambie Street from 41st to 33rd streets to allow Vancouver Fire and Rescue Services to work.

An image captured by Constable James Hooper with the VPD shows massive plumes of black smoke in the sky as multiple firefighters stand on the front lawn of the home that is up in flames.

Working house fire in the 5300 block of Cambie Street. Please avoid northbound Cambie Street from 41st to 33rd to allow @VanFireRescue to do their thing. #Oakridge #Traffic #Vancouver pic.twitter.com/td9QBIKMD6

Delays in the area are likely, and drivers are advised to find alternative routes.