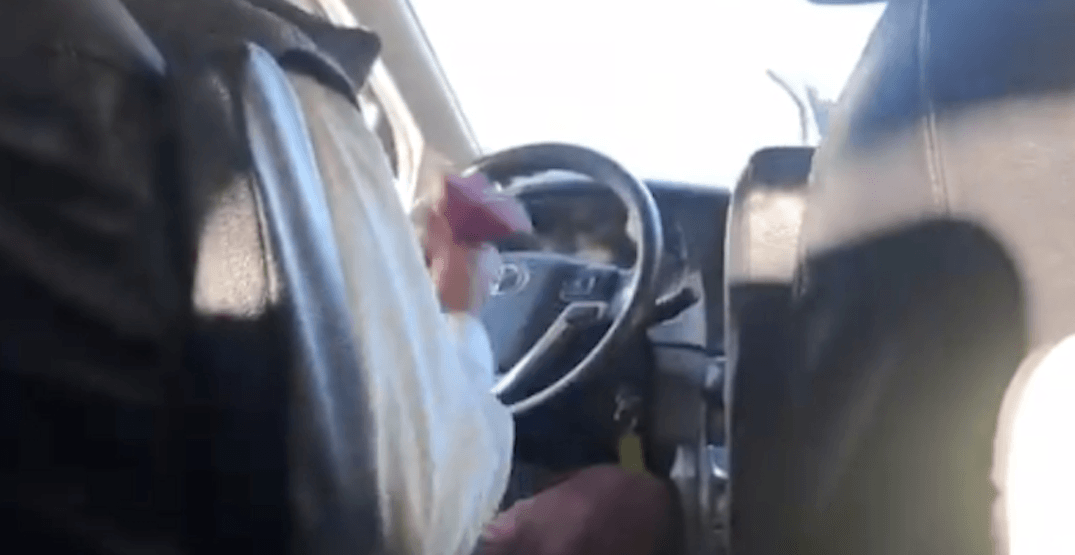 It’s no secret that hailing a cab in rideshare-less Vancouver can be tricky business.

And sometimes, even the rides themselves can be suspect, as one video in particular demonstrates.

In a video shared on social media by Rubin Report host Dave Rubin, a cab driver can seen lifting weights with one arm, while driving with the other.

Rubin was in Vancouver as a guest on Jordan B Peterson’s speaking tour.

Just got to Vancouver. My cab driver is lifting weights while driving… pic.twitter.com/LLYlFaPHz5

According to BC’s Motor Vehicle Act, under the Careless Driving Prohibited section, a person must not drive a motor vehicle on a highway without due care and attention.

In drafting the Passenger Transportation Amendment Act, the government said its priority was “to make sure British Columbians are safer on the roads,” and as such, will be requiring all rideshare drivers to obtain a Class 4 passenger licence (the same as taxi drivers) and undergo mandatory criminal checks.

In an interview with Daily Hive following the legislation announcement, Trevena reiterated the need for safety as the reason behind the Class 4 requirement for rideshare operators in BC.

“If you’re going to be earning money through driving people from place-to-place, you need to make that investment so that you can show you are safe,” she said. “Anyone getting in as a passenger wants to know that the driver is as safe as possible.”

In the meantime, British Columbians could see more cabs on the road this Christmas season.

According to documents from the Passenger Transportation Board (PTB), six different cab companies across the Lower Mainland have applied to add a collective total of 136 vehicles to their fleets.

“For the 2018 ‘festive season,’ taxi companies in BC may apply for Festive Season Temporary Operating Permits (FSTOPs) and choose any time period from November 15, 2018, up to and including January 15, 2019,” the PTB said in its report.