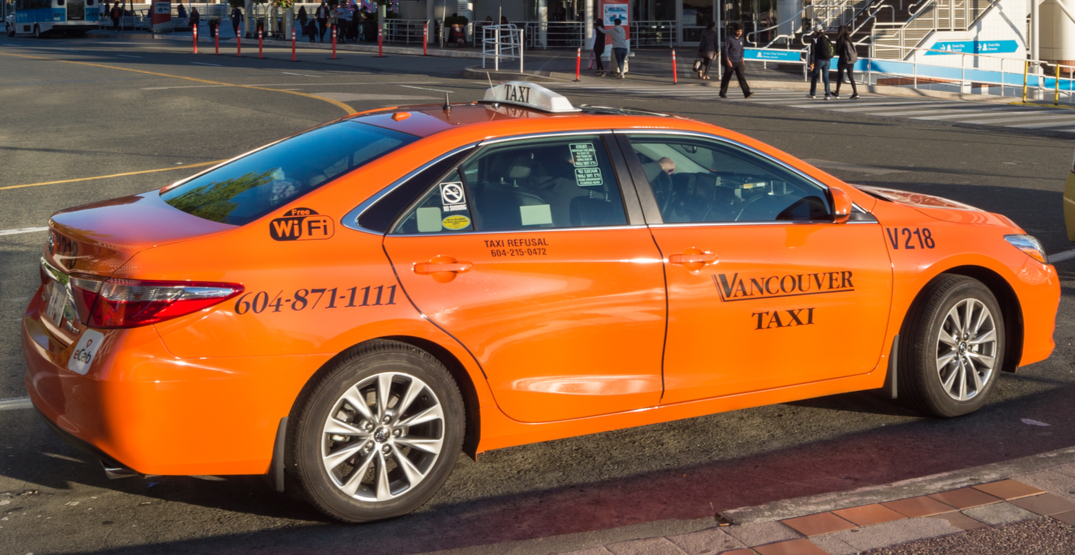 Vancouver Taxi says a failure of its credit card payment system is the reason one of its drivers asked a fare to pay cash instead of card, but admitted that the man behind the wheel was in the wrong – and should have given them another way to pay with plastic.

The response comes after an interaction on Thursday night, which was captured on video by Daily Hive Editor-In-Chief Farhan Mohamed, who was taking a cab from Yaletown to Coal Harbour.

Instead of taking the passengers to their final destination, the driver halted several blocks away and requested a payment in cash, saying the vehicle’s card machine was not working.

When Mohamed and his fellow passenger told him they didn’t have enough cash to pay the full fare, the driver attempted to end the trip early.

Another day, another ridiculous #Vancouver taxi story. Mid-ride driver told us machine didn’t work, asked us how we were paying. After saying we didn’t have enough cash to cover, he tried to kick us out. He then told us to carry cash next time. Because, you know, 2018. #bcpoli pic.twitter.com/oaPFkWxBxY

The video of the interaction, posted to Twitter, elicited stories from other cab riders who said they’d experienced similar issues.

I’ve heard the same story from my colleagues who come to Vancouver for work trips. it is so embarrassing….

I had a cab stop half way through my ride home at 2am because he said his shift was over. I told him he had to wait with me until a colleague could pick me up. He refused. I walked home (female/alone/2am) reported. Sure it went nowhere #vancouverneedsuber

We are so far from a tech city it’s pathetic. Every time people visit me I have to explain that we don’t have uber or lyft and that their trip is going to be a pain in the ass and expensive.

Had taxi try a pull over middle of highway on way to Coquitlam. I had to give him money up front because he thought we would run. I had given him $20 and he started pulling over once we hit that amount. We got into a yelling match, said he was going to call police I said good

That is horrible! It can be scary when they give attitude about not paying in cash when I am alone.

In response, Vancouver Taxi’s John Palis told Daily Hive on Friday that he had viewed the video and said that while he knows many people have formed the idea that the driver was refusing a credit card payment, there was a bigger issue at play.

Palis explained that the driver’s inability to accept a card payment could be traced to a Black Friday-related system failure by electronic payment company, Moneris.

“Their system went down for three hours yesterday; everything that was on the Rogers network went down with Moneris,” he said.

The reason for the outage, he said, had to do with the Moneris’ network in eastern Canada where “everybody went into Black Friday selling mode. I guess their system overloaded and the network went down.”

“We were putting that message out to our cabs and it wasn’t just us, it was every cab company in town that used a cellular link device,” Palis said.

A spokesperson for Moneris said the issue had nothing to do with them, and was Rogers network-specific.

“There wasn’t a Moneris outage on Thursday,” the spokesperson told Daily Hive. “However there was a Rogers network outage between 6:30 pm to 9:15 pm ET that affected the connectivity of certain customers with wireless POS devices on that network.”

Palis said instead of asking for cash payments for fares when the system went down, Vancouver Taxi advised drivers to come into its office (in East Vancouver on Clark Drive) and pick up a carbon swipe machine that would allow them to manually process payments.

“We hardly ever have this kind of a problem, but what we did was run a message in which we told everybody to come to the office and that we could distribute manual credit cards slips for them to to try and use in them in the meantime, and that’s what some people did,” he furthered.

As for the situation on Thursday night, Palis said that is by no means the norm.

“We hear these stories where we get these drivers that might go out there and do that, but it’s certainly not our policy and when we find out about it we tend to try and weed these guys out.”

Palis said if a driver is adamant about not wanting refusing to accep  a credit card payment,  “call the company right away and let us know who it is.”

He said passengers should note the time, date, and cab number when calling and “we will deal with that driver, because payment by card is the way that business is done today.”

According to the Taxi Bill of Rights, a driver may not refuse service to a customer based on the length of trip, or proposed method of payment. Additionally, drivers cannot require a passenger to pay cash if they prefer to pay by credit card and the taxi company accepts the credit card.