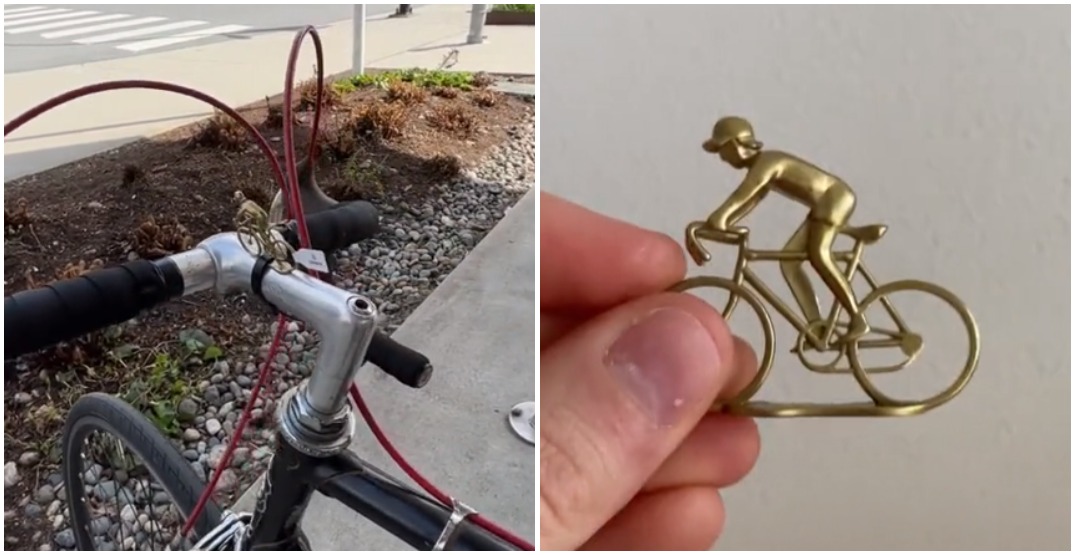 Have you come across a little gold cyclist in Vancouver? Turns out the city has a bike fairy that’s been leaving his mark around town.

Known on TikTok as @BikeFairy, this person has been cycling around and has been using zip ties to affix little gold cyclists on bikes around the city.

And it seems he’s been doing this for a while now. And people are loving it.

According to a post on TikTok, the bike fairy estimates he’s left his mark on hundreds of bikes in several different countries.

He’s posted that if someone doesn’t like them, they are easily removable.

So, how is it decided which bikes to tag?

A comment on one of the videos states, “Usually ticks one of these: is the bike vintage? is the bike customized/cool colors? does it look like the owner cares for it? is the coast clear?”

Have you come across Vancouver’s bike fairy?