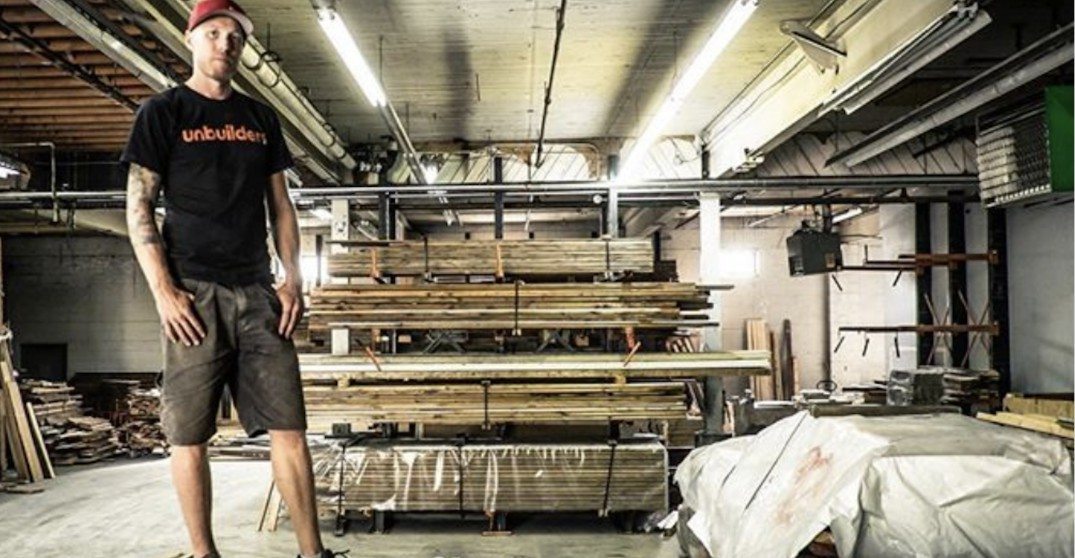 Entrepreneur and builder Adam Corneil is looking to cut down on Canada’s waste in a big way.

Corneil wanted to change the way construction and demolition waste were disposed of as they account for 27% of garbage in Canada’s landfills and 35% of all greenhouse gases emitted from solid waste in the country.

That’s when Corneil and co-founder Tony Pantages opened up Vancouver-based Unbuilders Deconstruction in 2018.

The concept is simple. Unbuilders replaces demolition machines with humans and creates employment for skilled tradespeople who use “reverse-engineering” to essentially unbuild a house.

Vancouver alone produces 375,000 tonnes of construction and demolition waste and 220,000 tonnes of that is considered valuable lumber that can be reused.

“The process results in salvaging almost everything a house is made of including valuable old growth lumber, cabinets, doors, windows, floors, fixtures, appliances, even the kitchen sink,” says Unbuilders on its website.

While demolition destroys these materials, unbuilding allows them to be reused and re-enter the supply change.

Over the past year, Unbuilders has saved over 100,000 board feet of lumber and 250 tonnes of garbage from being thrown in landfills.

In the most recent unbuild, just 3% of materials from an entire house ended up in the landfill.

Once materials have been salvaged, they are donated to charities like Habitat for Humanity and the ReUse People.