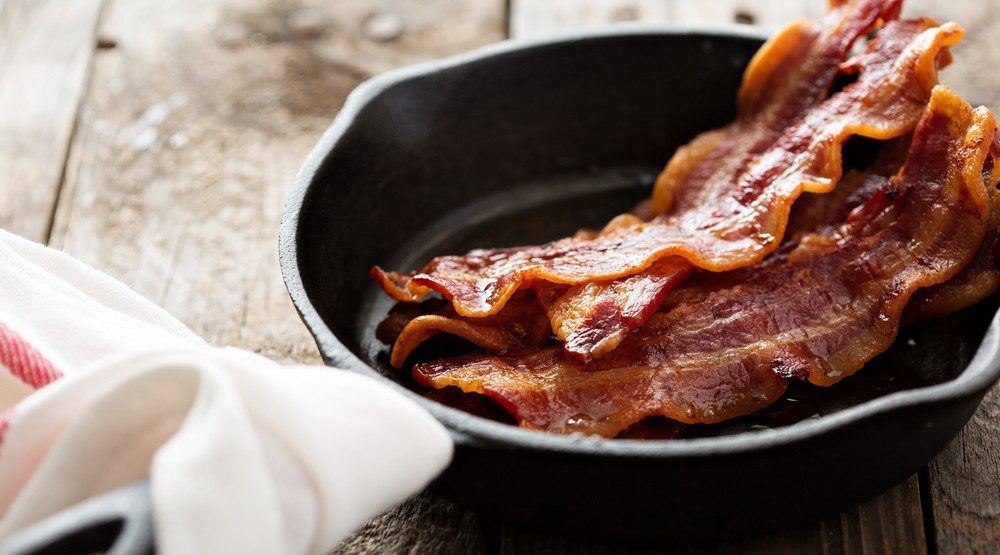 Vancouver’s first Bacon Convention happened this past weekend and if social media is any indication, it seems like it was a big fail.

Many people say they were upset at the long lineups to get in (some say they waited an hour and a half), the cost of the entry fee ($25), and the limited number of food tickets that were available at an additional cost.

The biggest setback for The Bacon Con seems to be the lack of vendors. Despite promising 100 vendors supplying delicious, bacon-y treats, only eight or nine were onsite.

It seems people were pretty mad.

So yesterday we went to #baconcon

There was no bacon

I am so disappointed with #BaconCon…No deco, no free bacon strips, & the samplers are hella wack! this is how you piss off a bear

Many took to The Bacon Con’s Facebook page to air their frustrations.

“It was advertised there would be 100 vendors doing sampling, a bacon eating contest, and bacon,” reads one comment.

“I think more planning needed to be done and much better organization. Most of the food offerings didn’t even have bacon in their food. Pulled pork is not the same as bacon. I feel sorry for the people who are serving the food. I’m sure they are taking a lot of heat over what little there is to offer, and the long lineups. This was not worth $25 to get in. I feel very mislead over what was advertised vs what was actually there.”

“How about starting with doing what you are advertising, or don’t falsely advertise! Over 100 booths, nope, more like 9! Goodies, door prizes, nope, one tiny raffle. Bacon, nope, there needs to be bacon,” reads another comment.

In an email to Daily Hive, one disgruntled customer said the doors were supposed to open at 2 pm, but ended up opening 40 minutes late.

Speaking to Daily Hive back in July, director of the Bacon Appreciation Society – the organization responsible for the event – Mark Sheehy described the event as “a combination of the Food Truck Festival and Vancouver Craft Beer Week at the PNE wrapped in bacon.”

The Bacon Con responded to the onslaught of unhappy customers in a Facebook post, saying they didn’t expect the massive crowds, that they did their best with what resources they had, and are willing to offer refunds.

“As an organization that runs primarily on volunteers and bacon dreams, it was very difficult for us to respond appropriately to the overwhelming public demand for bacon,” reads the Facebook post. “We can do better. We WILL do better. If you’re upset about your experience at The Bacon Con, we will refund your ticket. If you are MAD about Bacon Con, we ask that you VOLUNTEER with us.”

Natasha Restrepo with the Bacon Appreciation Society tells Daily Hive that the initial response from vendors was overwhelmingly positive when they released the information that more than 100 would be participating.

“When it came down to it, people were hesitate to sign on to a first year event, so what ended up happening was the resources that had went into running games, shows, and welcoming guests went into running our own booths,” she says. “We just weren’t able to match vendors with the public’s demand for bacon.”

She says they even hired caterers at the last minute – at their own expense – to try and compensate for the lack of vendors after agonizing over whether or not to cancel the event altogether.

As for next year, Restrepo says they’d like to try again, and she hopes that vendors now see the demand for bacon from this year’s experience.