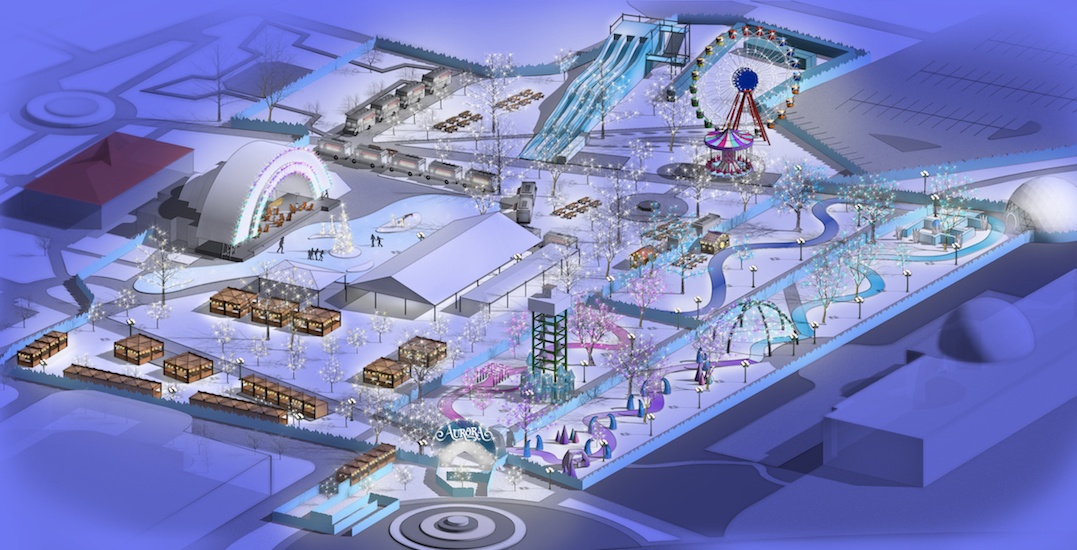 If one thing’s for certain, Vancouver is crazy about its winter festivals.

And this winter, there’s going to be an even bigger holiday attraction for Vancouverites to get excited about.

Back in May, we told you there was a possibility that this massive festival would be taking place at the Concord Pacific lands at Northeast False Creek and it looks like it’s going to happen.

New to the lineup this year is the Aurora Winter Festival, a family-friendly holiday attraction coming to Vancouver this November.

The site plan will allow for a maximum attendance capacity of up to 6,000 people.

Organizers are proposing the following attractions:

The festival will also be combining technology and exploration, with an interactive app suitable for kids and adults alike — with festive prizes to be won.

The perfect festive outing for friends and families alike, the Aurora Winter festival is set to arrive on November 22, although dates have yet to be confirmed.