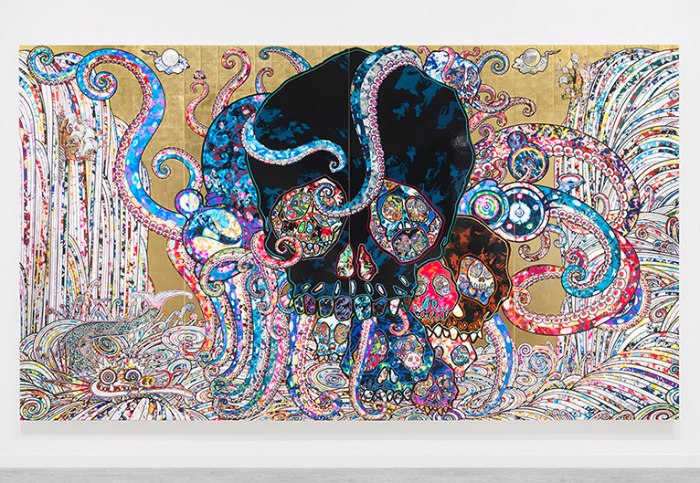 If you haven’t had a chance to go check out the first-ever art retrospective in Canada by Japanese international art icon Takashi Murakami at the Vancouver Art Gallery, this week is your last chance to do so.

Murakami’s exhibit, called The Octopus Eats Its Own Leg features over 50 works, some of them never-before-seen.

It has been on display at the art gallery since early February, and this Sunday, May 6 is the exhibition’s final day.

The exhibit is meant to offer a “critical and serious meditation on the current state of Japanese society in the midst of a complex, global world, while highlighting Murakami’s important role as a committed and often conflicted commentator on cultural production,” according to officials.

In an interview with Daily Hive, Murakami said the name for the exhibit comes from a saying in Japan about big-headed people.

The octopus will eat all of its legs until it can no longer move, said Murakami. “This is my self-portrait, I am not moving.”

During this final week of the exhibit, the gallery will also have extended operating hours to 9 pm, until May 6.

To celebrate the final days of the Takashi Murakami: The Octopus Eats its Own Leg, the Gallery Store is offering exclusive In-Store Only Specials with up to 50% off on selected Murakami Collectible Gifts.

Takashi Murakami: The Octopus Eats Its Own Leg