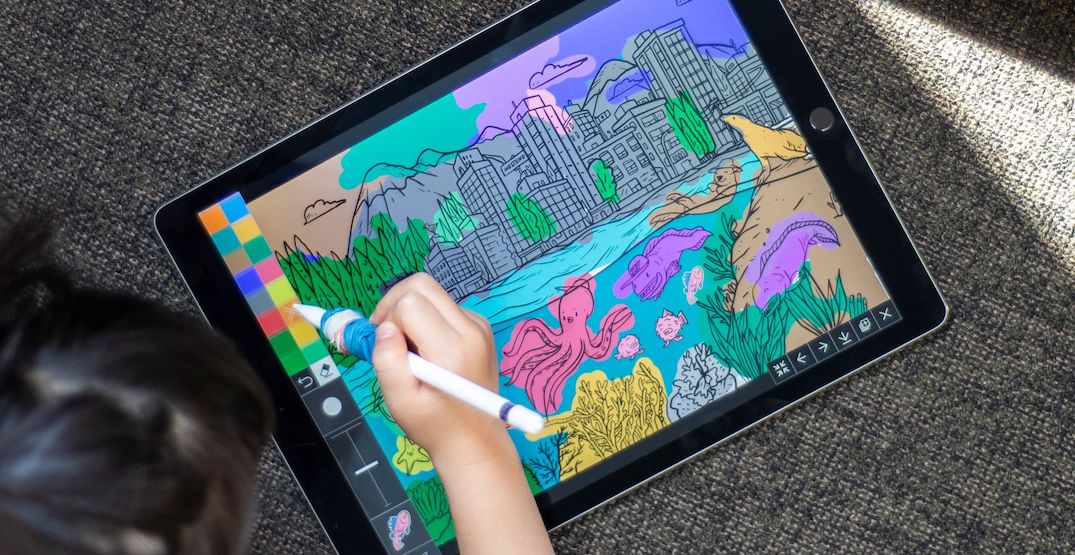 The new Aqua Colour app – a free download for iPhone and Android – is an interactive, digital colouring book for tablets and phones inspired by the Vancouver Aquarium.

Upon downloading the app, users get a free Stanley Park-themed colouring page from Vancouver artist Chairman Ting and the opportunity to download additional colouring page bundles from other artists.

“During this time of multiple challenges for our precious public arts and culture institutions like the Vancouver Aquarium – we are called to pull together and build our resilience,” said Adrian Sinclair, director of engagement at Vancouver Mural Festival.

The Stanley Park facility reopened to the public on June 26 after being closed for more than three months due to the COVID-19 pandemic. While closed, the not-for-profit Vancouver Aquarium lost almost all revenue and yet was still faced with more than $1 million a month in animal care and facility costs.

Complicating the situation further is the fact that under the new COVID-19 guidelines, the aquarium can only operate at 20 to 30% of normal visitor capacity.

“Having raised two kids in Vancouver, I have spent countless happy moments at the aquarium” said Alex Beim, CEO and creative director of Tangible.

So when he heard that the Vancouver Aquarium was struggling to keep the doors open, Beim said it occurred to him that “we could create a colouring book application for ocean lovers to enjoy.”

At the same time, he added, “we could help by donating the proceeds to the Aquarium.”

All colouring pages are ocean-themed and feature creatures, exhibits, and locations inspired by the Vancouver Aquarium, including sea otters, jellies, sea turtles, tropical fish, Stanley Park, and the BC Coast. Users are encouraged to share their artwork on social media using the #AquaColour hashtag.