Beluga whales Aurora, shown in the photo, and her daughter Qila died in late-2016 from toxins or virus. Foul play has not been ruled out. (Photo by: Vancouver Aquarium)

Following the deaths of their two beloved belugas in late 2016, the Vancouver Aquarium has announced that it will stop displaying whales from 2029 when a new 12-year conservation program comes to an end.

“Today, the Aquarium announced a new 12-year beluga conservation program centred on a small group of non-breeding beluga whales that will be brought back to Vancouver from peer accredited institutions to participate in an expanded Marine Mammal Research Program,” the Aquarium said in a statement.

“By the end of 2029, the Aquarium intends to discontinue its display of beluga whales, and this proactive and important on-site conservation research program will come to an end at Vancouver Aquarium.”

In the three months since Qila and Aurora’s sudden deaths, the Aquarium says that it has conducted a thorough assessment of its Canada’s Arctic exhibit and marine mammal research program. And while the investigation into the animals’ deaths will continue for “many more months” the Aquarium has set a new course to continue its beluga conservation program.

The Aquarium has six other belugas on loan to other aquariums and marine science facilities around the world. Only two belugas remained at the facility, and with their recent deaths the exhibit is currently temporarily closed.

“For 50 years the Vancouver Aquarium has worked to protect beluga whales in the wild, by introducing the species to Canadians who might never have otherwise heard of it, and with research and understanding gained with animals here on site and in the field,” said Dr. John Nightingale, CEO and president. “The work we’re doing with this vulnerable species is critical, and as a marine science centre with conservation as our mission, we believe we have an obligation to continue it.”

Beyond 2029, the Aquarium said it would continue its beluga conservation work further afield.

“When this unique, proactive and important beluga conservation program comes to an end in December 2029, the Aquarium will instead focus its beluga conservation efforts further afield with the intention of applying its scientific knowledge to saving this iconic Canadian species,” the statement continued.

As part of the announcement of the new beluga conservation efforts, the Aquarium also confirmed that it would expand its investment in the Marine Mammal Research Program. It also stated that it would build on “a significantly expanded beluga habitat to accommodate the unique lifestyle of belugas and the needs of researchers who will be studying these animals up close.”

When complete, several of the belugas currently on loan to other facilities will return to the new and expanded tank at the Aquarium. They were gradually temporarily moved to other facilities over the last few years in anticipation for the construction work slated for the expansion. 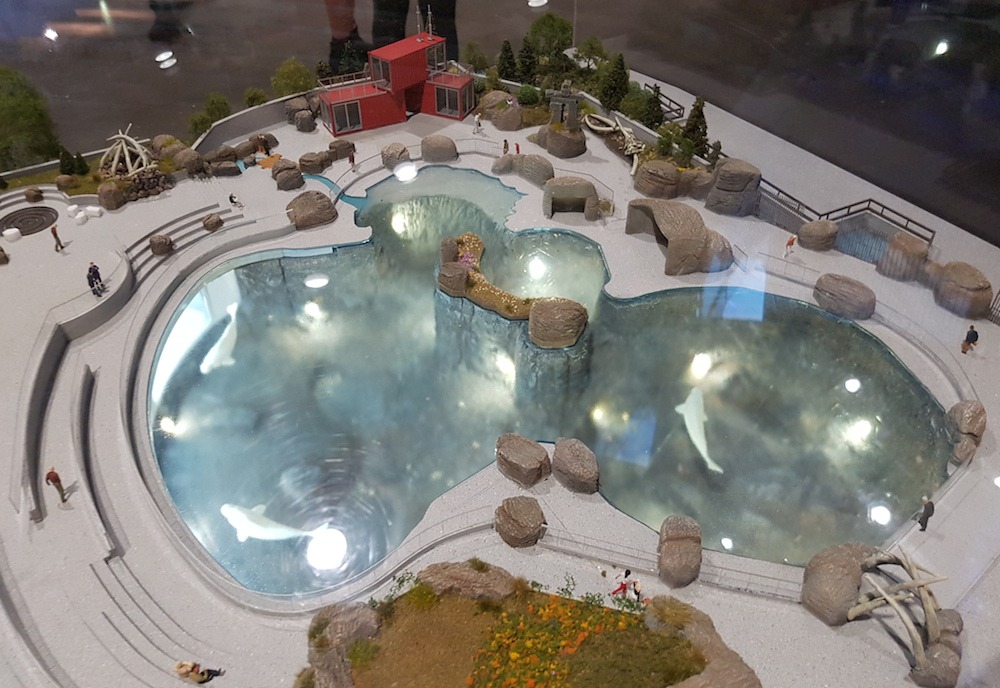 Model depicting the new and expanded tank for the beluga whales at the Vancouver Aquarium. (Photo by: Kenneth Chan / Daily Hive) 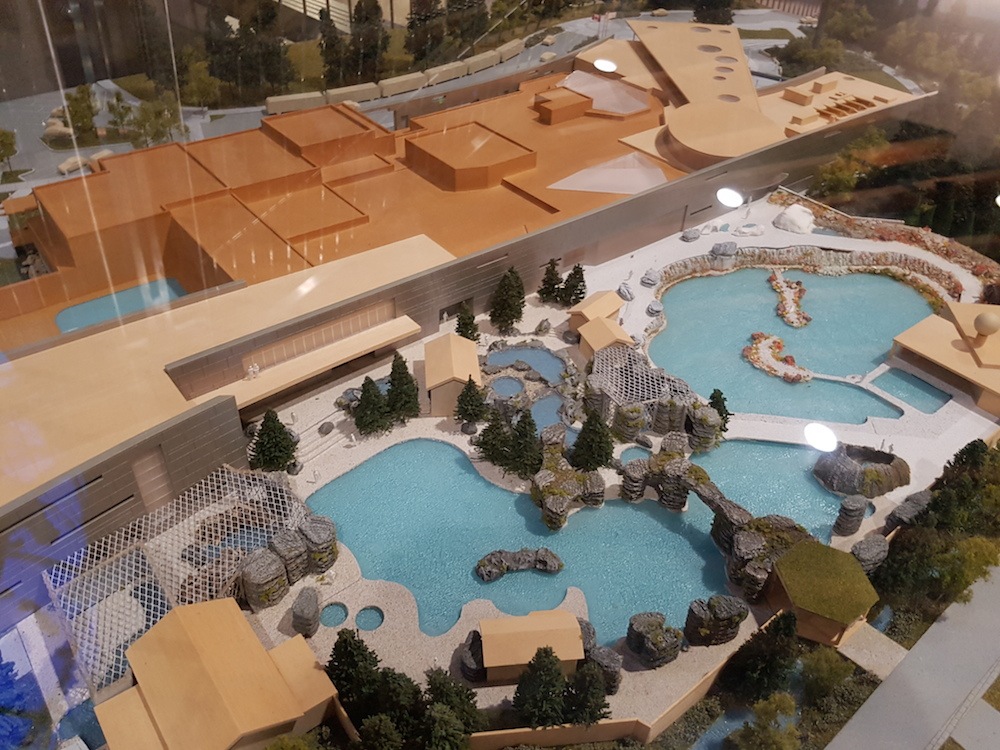 Mode depicting improvements and expansion of the facilities at the Vancouver Aquarium. (Photo by: Kenneth Chan / Daily Hive)