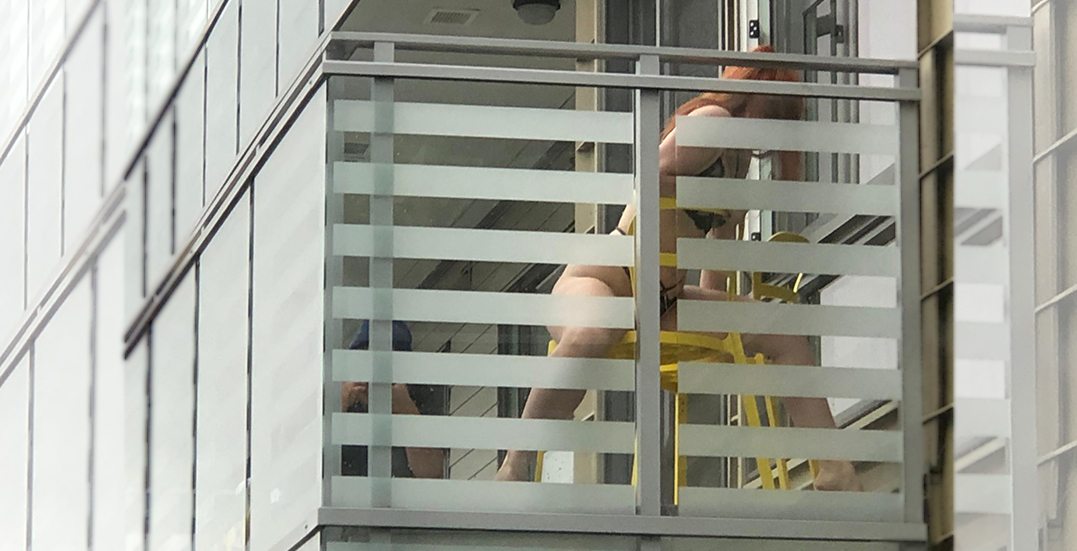 A Vancouver man is concerned about who is coming into his building after his child witnessed a racy photoshoot on the balcony of a neighbouring unit being used as an Airbnb.

Todd Skene told Daily Hive over the weekend he had to hide his family from seeing “activities” happening on the balcony across from his.

On Saturday morning, Skene said his toddler was playing near windows, when the child looked outside and asked “What are they doing? Are they wrestling? Why are they dressed like that?”

When Skene looked out the window, he saw “a cameraman, two scantily-clad ladies and they were taking sexual positions for the photography.” 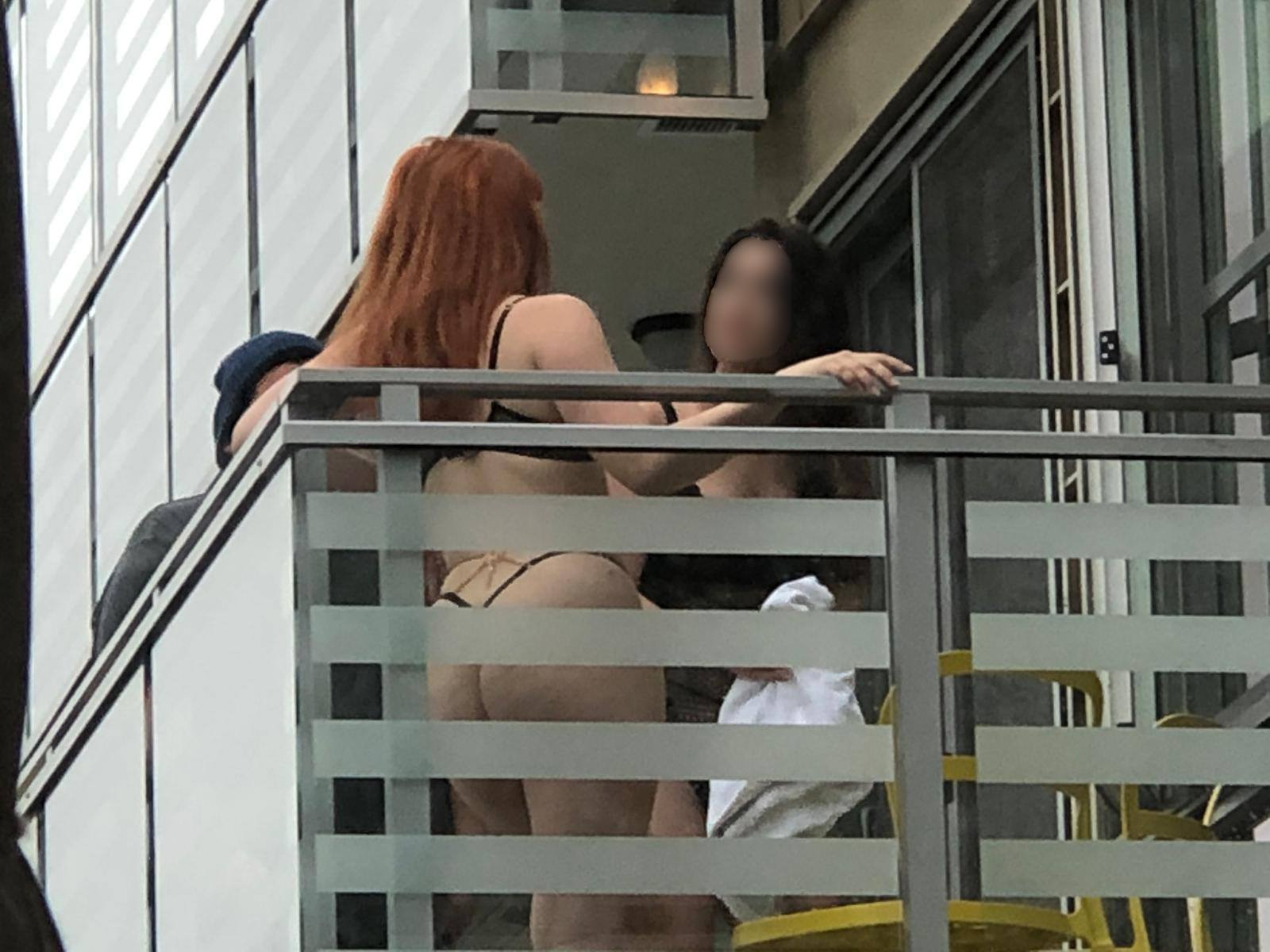 Skene hurried his child into the bedroom and closed the blinds as his wife kept the toddler occupied.

That’s when Skene decided to snap some photos for his own “evidence” and to start the complaint process.

He reported the incident to Vancouver police but says he was told that unless there was actual sexual activity happening there was nothing that officers could enforce.

Because there’s no criminal activity, it’s more a “nuisance and disturbance,” while “they’re [people on balcony] taking sexual looking positions for the photography and they’re dressed in G-strings,” he said. 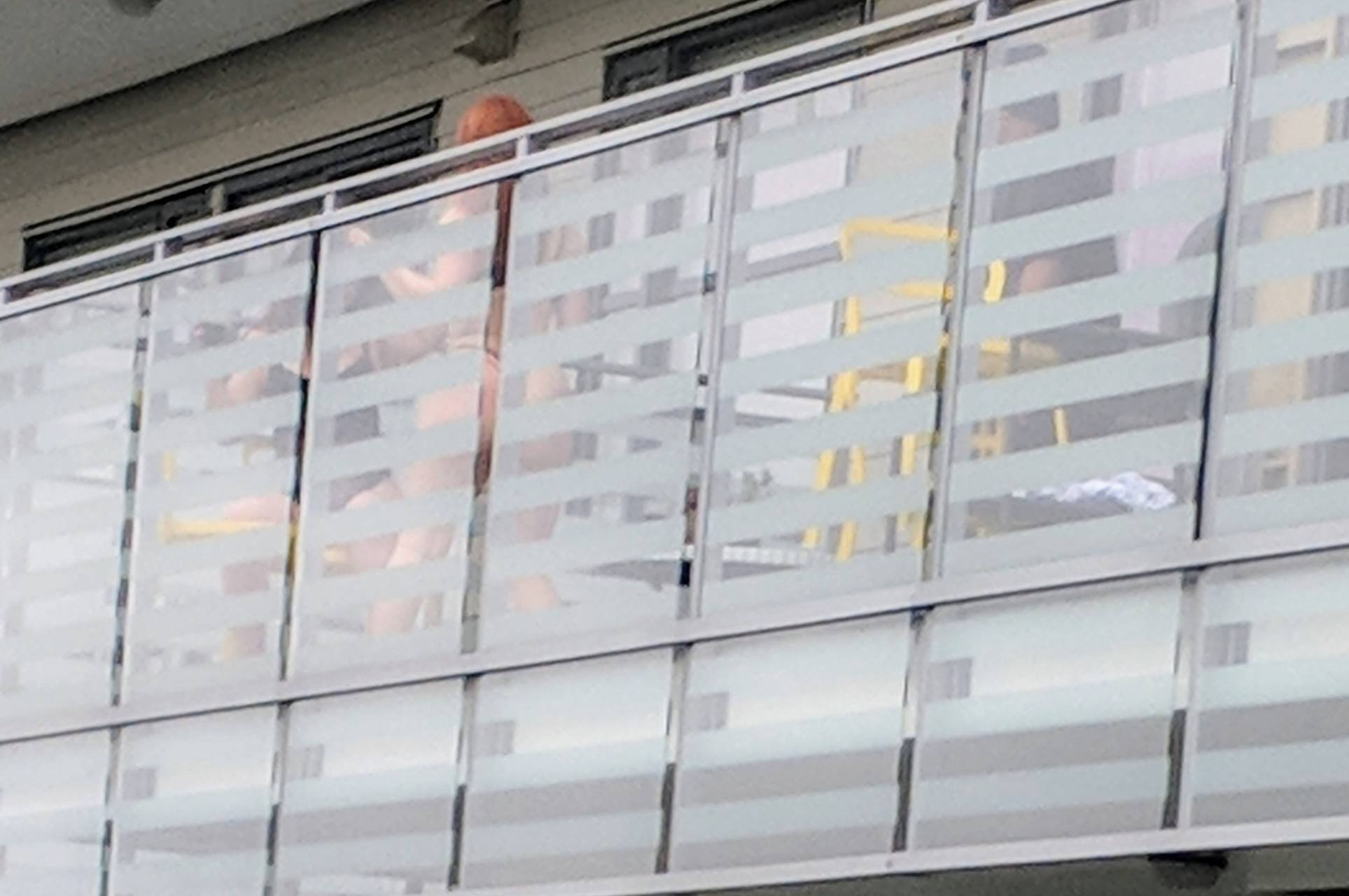 Skene filed a complaint with Airbnb and the City of Vancouver, which he said he’s done before over separate incidents at the same unit.

“I’ve seen parties, people throwing cigarette butts over the balcony, leaving beer cans around, messing up our amenities, those sorts of things,” Skene said, and that he knows other individuals in the building who have complained in the past as well about the same incidents.

Skene said that while the activities on the balcony were not illegal, he calls it “unacceptable” to have a young child subjected to “two women dressed like that, lap-dancing and such, and people taking photos, that sort of thing.”

“My family wasn’t going anywhere near the windows and balcony while that was going on, you know, we don’t want to be exposed to that,” he said. 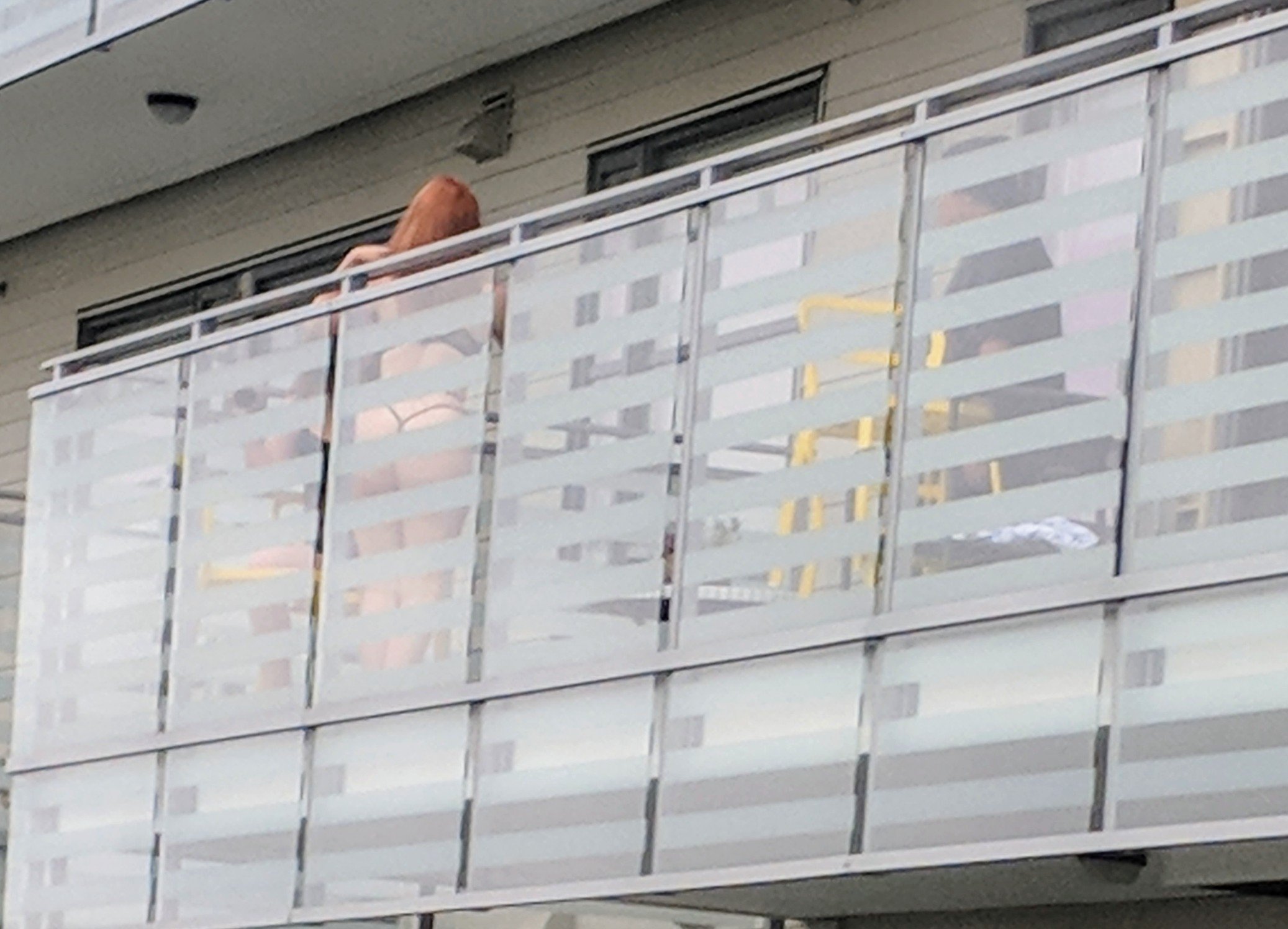 Skene said he’s now concerned that those activities on the balcony could happen again.

“To be fair,” Skene said, “most of the people that stay there are nice, ordinary people, you know, it’s just occasionally you’re gonna get the party goers,” calling the activities on the balcony an example of an”extreme case.”

Skene received an email from Airbnb saying his complaints were shared with the property host and they were given “some suggestions to address the issue.” He was thanked for letting them know.

Since Skene reached out to Daily Hive, the Airbnb listing has since been removed from its website.

“We encourage hosts to outline clear rules regarding minimum night stays, noise, parties and events and we will take appropriate action when our Community Standards have been violated,” but adds “the overwhelming majority of Airbnb hosts and guests are good neighbours and respectful travelers.”

Scully said to help community members be good neighbours, Airbnb launched its Neighbour Tool — anyone can go to it to share concerns they have about listings.

Neighbours can submit information without having their name disclosed to a host or allow the Airbnb team to pass along contact information so the host can follow up with them directly. Once a neighbour submits feedback, they’ll get sent a confirmation email, along with a case number.

“We treat each case seriously and ensure that we give hosts and their neighbours the opportunity to resolve concerns themselves, whenever possible,” she said.

In an emailed statement, the City of Vancouver said it’s aware of this particular property and “can confirm it is under investigation and enforcement.”

The City says concerns regarding short term rentals can be made by calling 311, VanConnect or online.