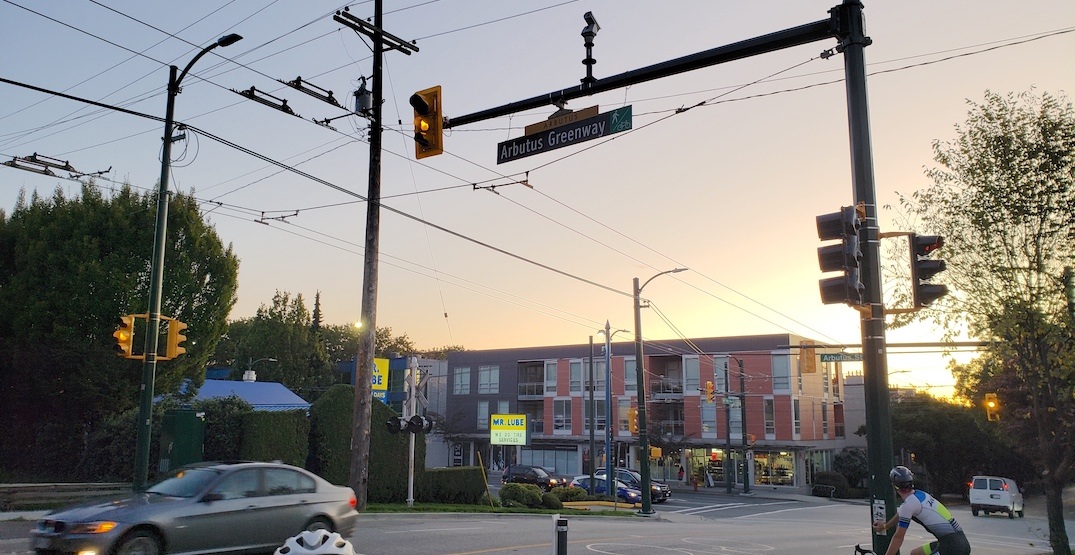 Trolley bus wires are now the newest overhead fixture of a major segment of West 12th Avenue in Vancouver, and this is also the first construction project directly related to SkyTrain Millennium Line Broadway Extension.

These new wires are being installed to allow three trolley bus routes that normally run along West Broadway — No. 14 Hastings/UBC, No. 16 29th Avenue/Arbutus, and No. 17 Oak/Downtown — to detour to other major roads, allowing for years-long subway station construction work to be conducted on West Broadway.

Over the last few months, construction crews have largely completed the installation of the trolley wires on West 12th Avenue between Arbutus Street and Granville Street. 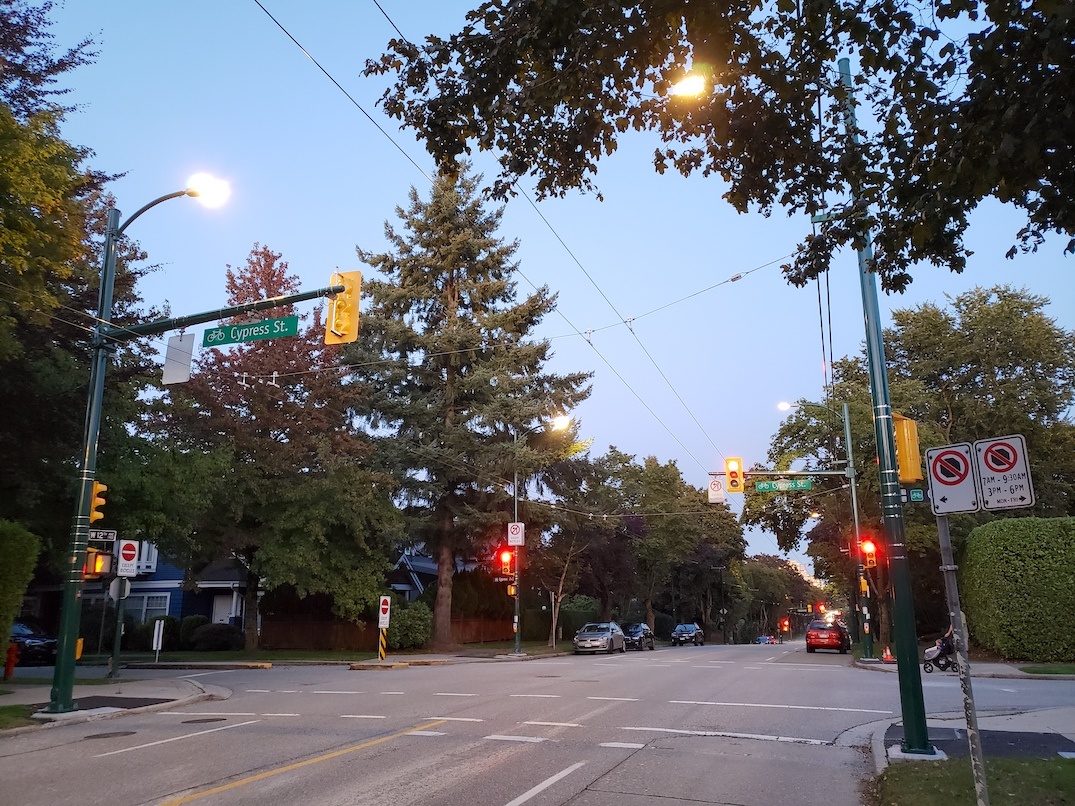 Trolley bus wires were previously a fixture for the full length of Cambie Street, until construction began on the Canada Line. The wires were not reinstalled as the Cambie Street trolley bus route was replaced with a diesel bus service.

Installation work on these street segments, which involves building new foundations and installing 300 new lamps with the capability to support wires, will conclude in the middle of 2020. 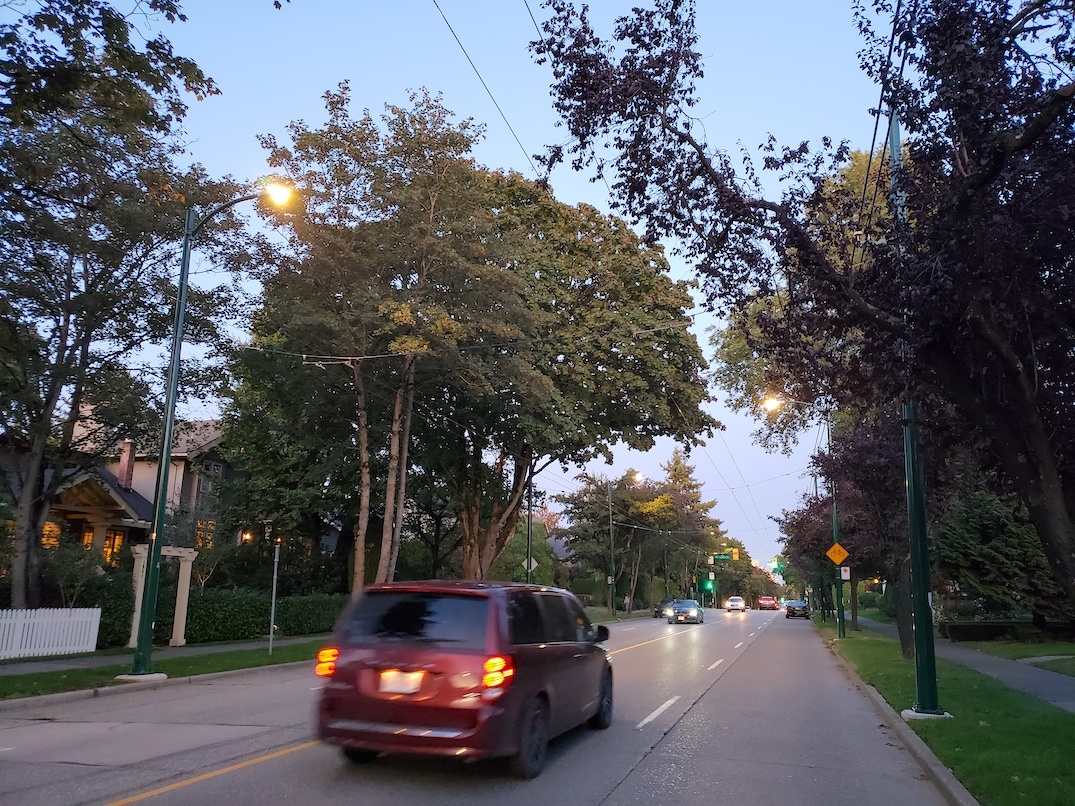 The most significant trolley reroute will be the No. 14, which will operate along West 4th Avenue between Macdonald Street and the Granville Street Bridge instead of its usual route along West Broadway.

Reroutes of these three trolley bus routes are expected to begin sometime in the latter half of 2020, when major construction on the $2.8-billion extension of the Millennium Line begins.

The 99 B-Line and No. 9 Boundary/Alma routes will remain on West Broadway, with the No. 9 switching to diesel buses.

The subway extension between the existing VCC-Clark Station and Arbutus Street is anticipated to open in 2025, and the new trolley wire infrastructure on the three streets will remain on the streets as permanent fixtures.