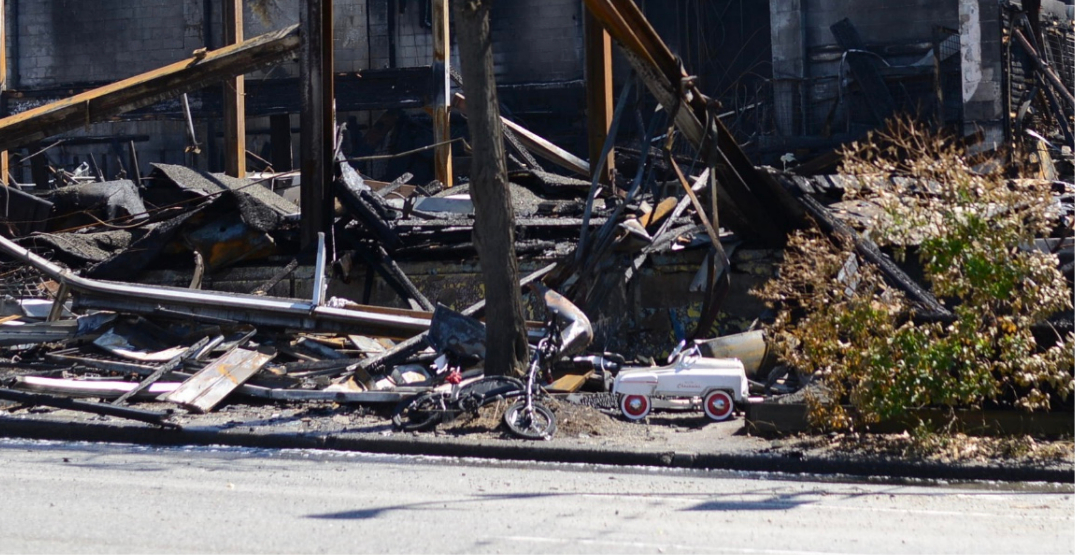 Value Village on East Hastings Street and Victoria Drive was once a prominent and bustling part of the East Vancouver community.

Located at 1820 East Hastings Street, the building was constructed in 1964 and has now been reduced to ruins because of a fire for which the cause is yet to be determined. 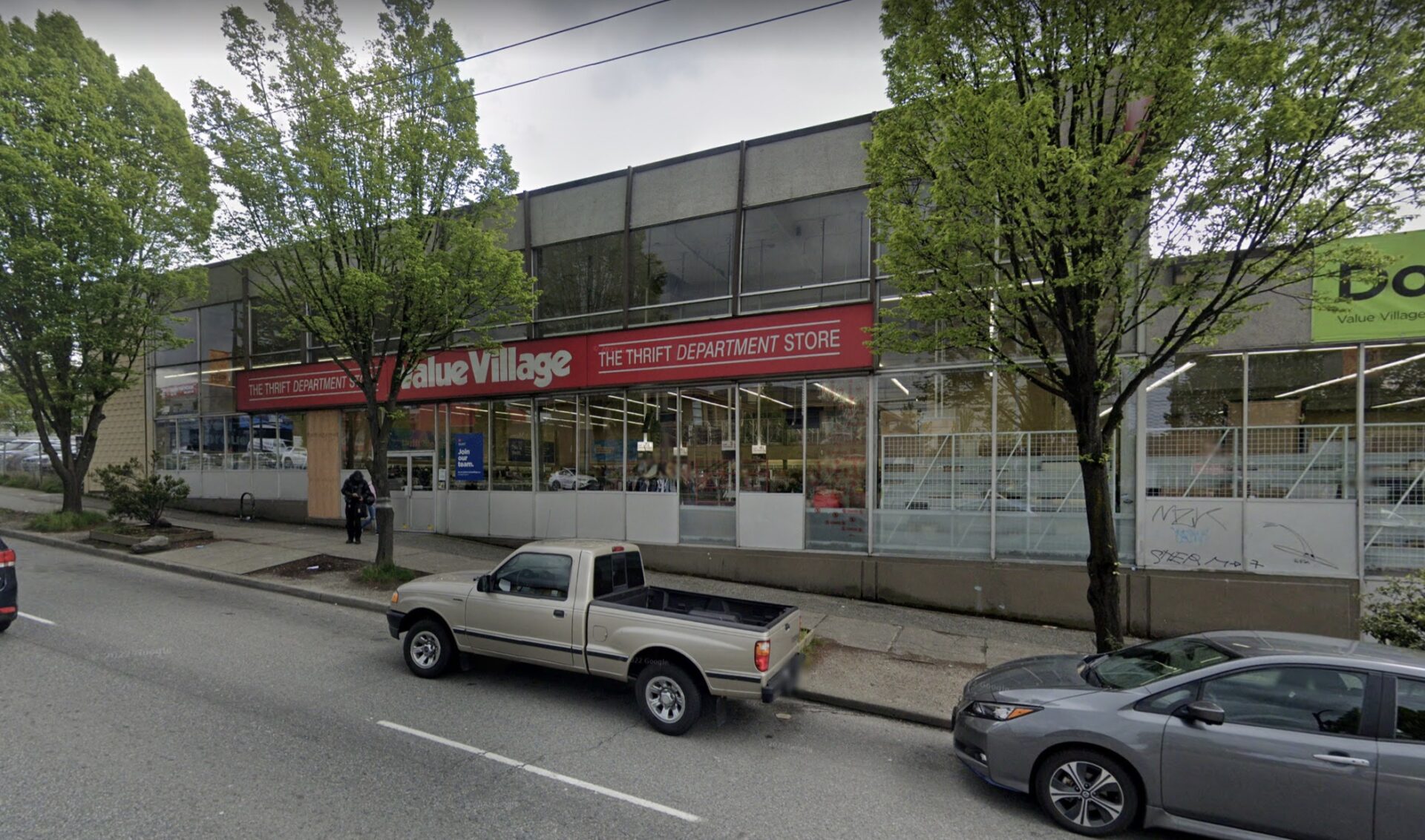 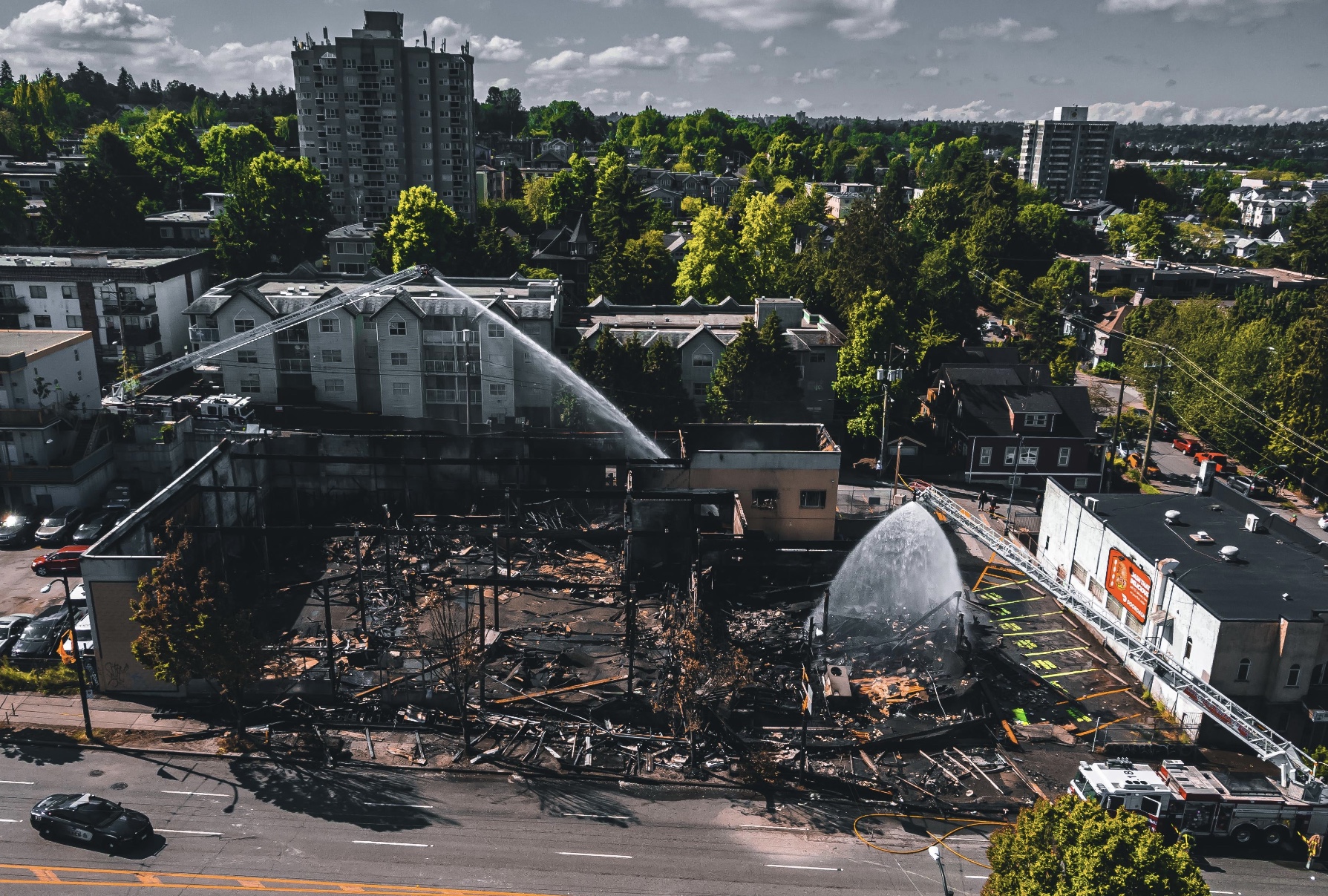 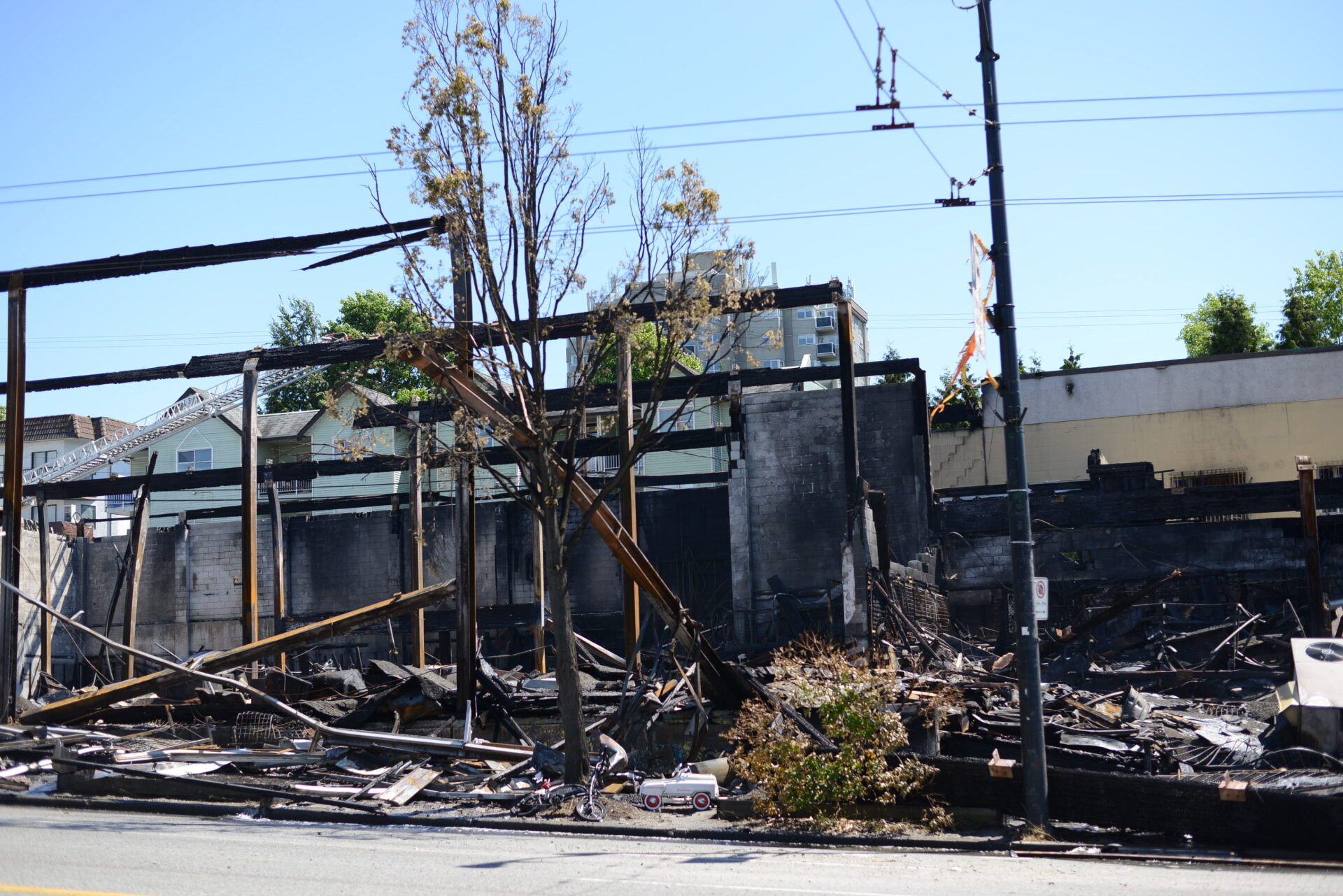 While most of the structure has been reduced to ruin, some small portions of the wood frame skeleton of the building are still standing, along with the Value Village logo on the left side of the building, which seems to be mostly intact. 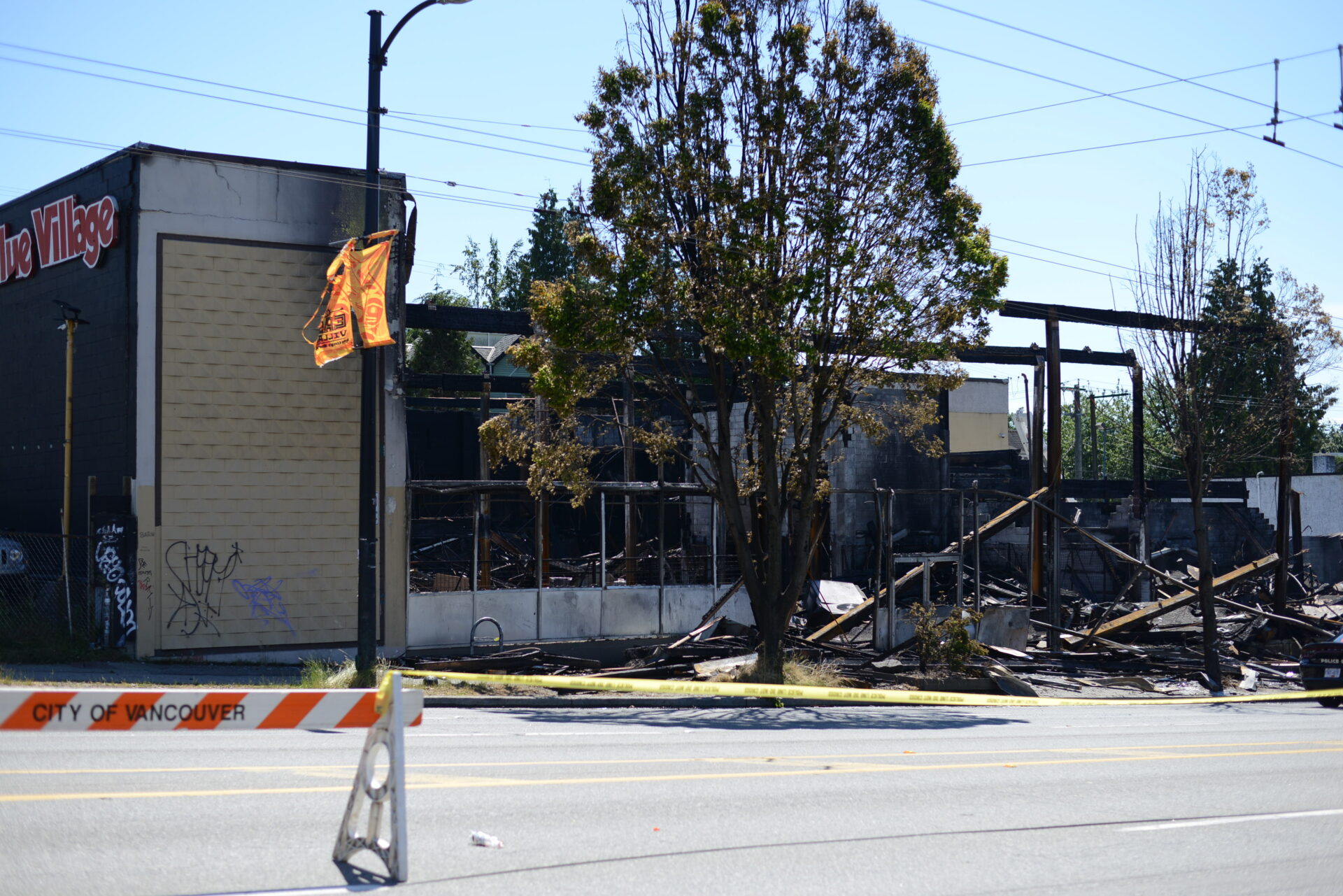 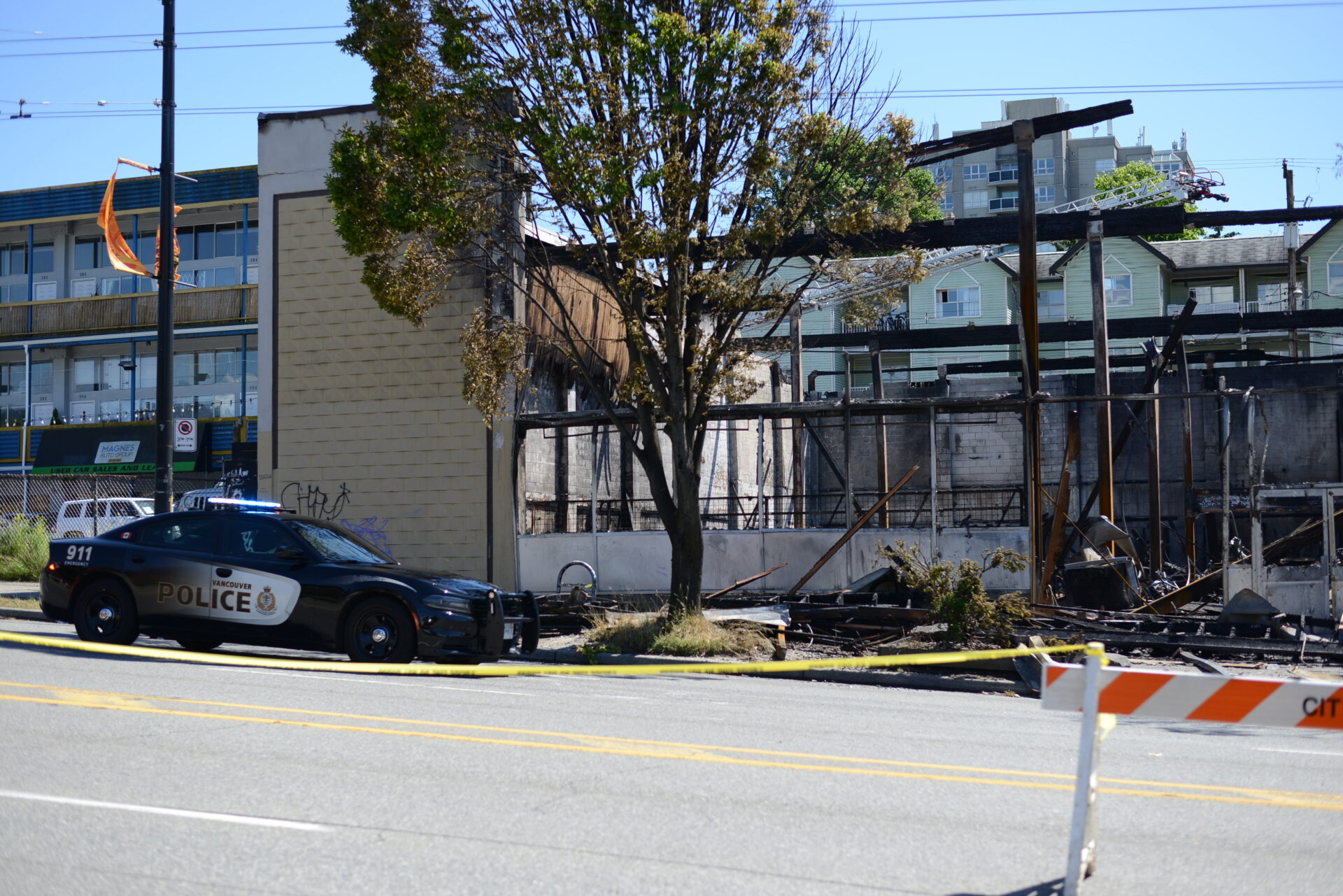 Fires at valuable developments like this one tend to arouse the suspicions of online commentators, and some have alleged that this fire was “developer-backed arson.”

Fire crews were still hosing down the remains from the Value Village fire lat this AM. Fire Inspectors had just left. Lots of talk in the crowd suspecting developers and arson. #yvr #ValueVillage pic.twitter.com/x3CHH2Uihd 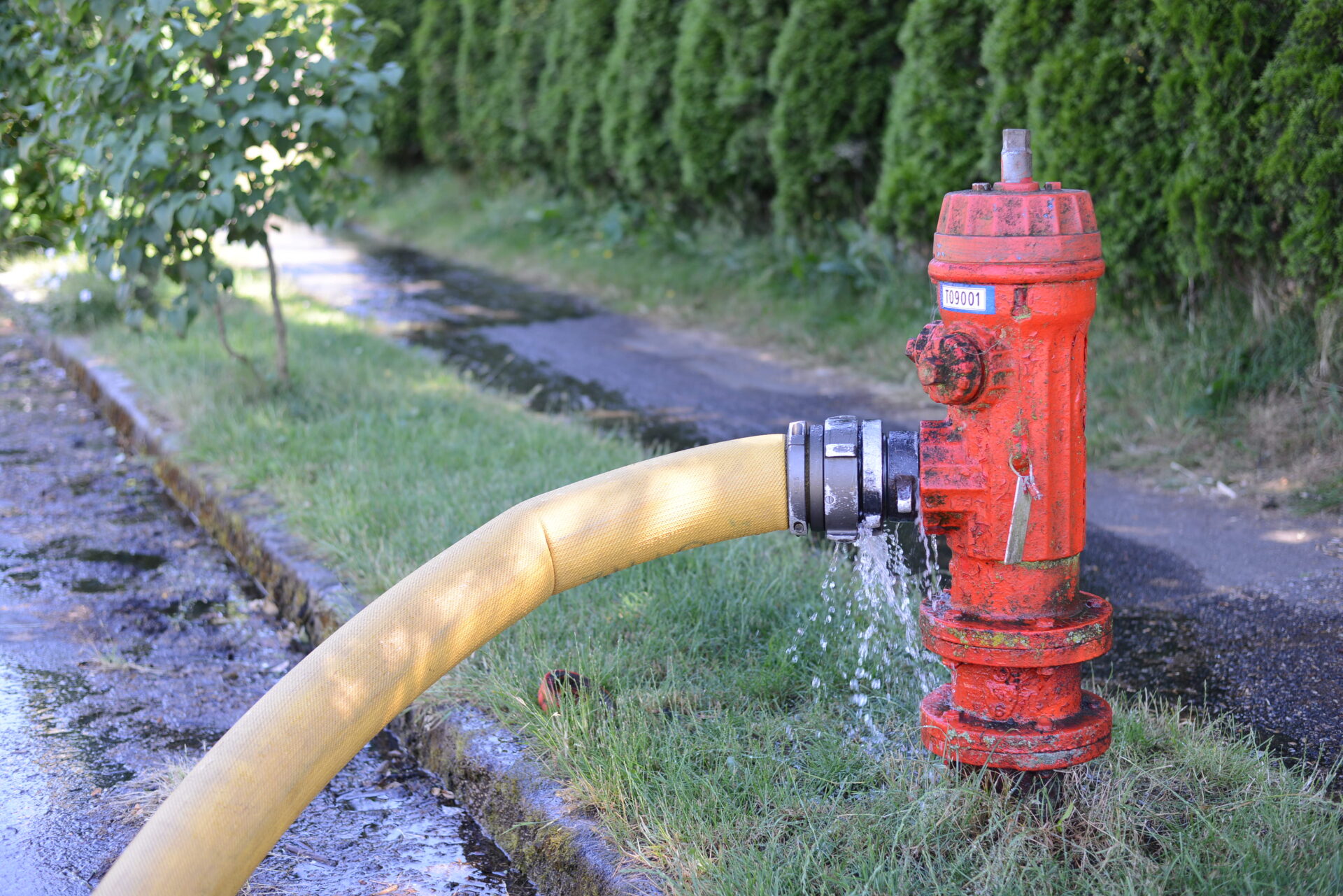 While claims like that can’t be proven, it does lead to wondering why so many fires seem to break out at seemingly random at the hands of arsonists in Metro Vancouver. 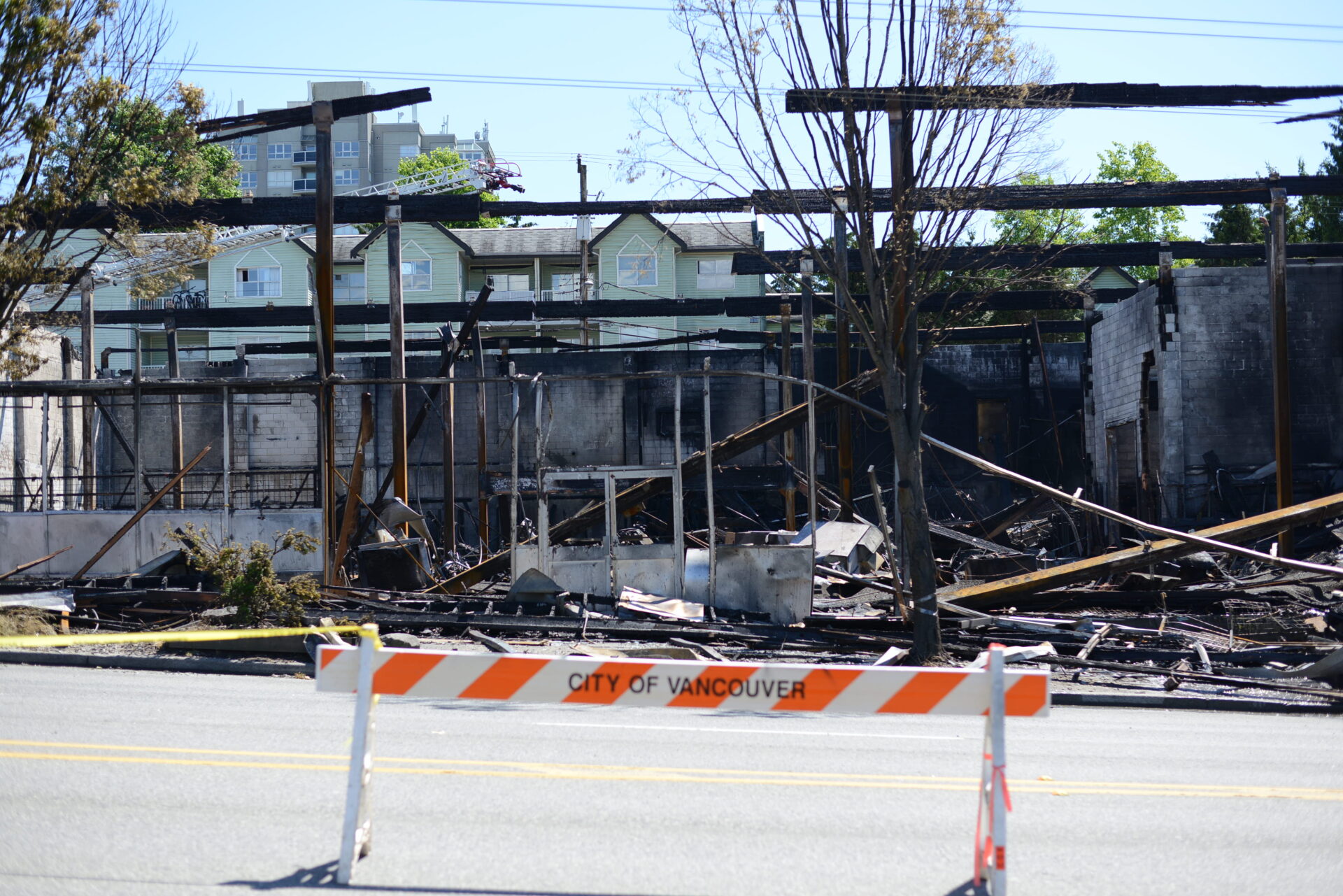 Two notable examples include the fire that occurred in Mount Pleasant in 2020 which caused multiple businesses to be destroyed. Police said the incident was a case of arson, though the suspect was released at the time of the story. There was also the New West Pier Park fire, which was another suspected case of arson.

It’ll be interesting to see what becomes of the lot at 1820 East Hastings.