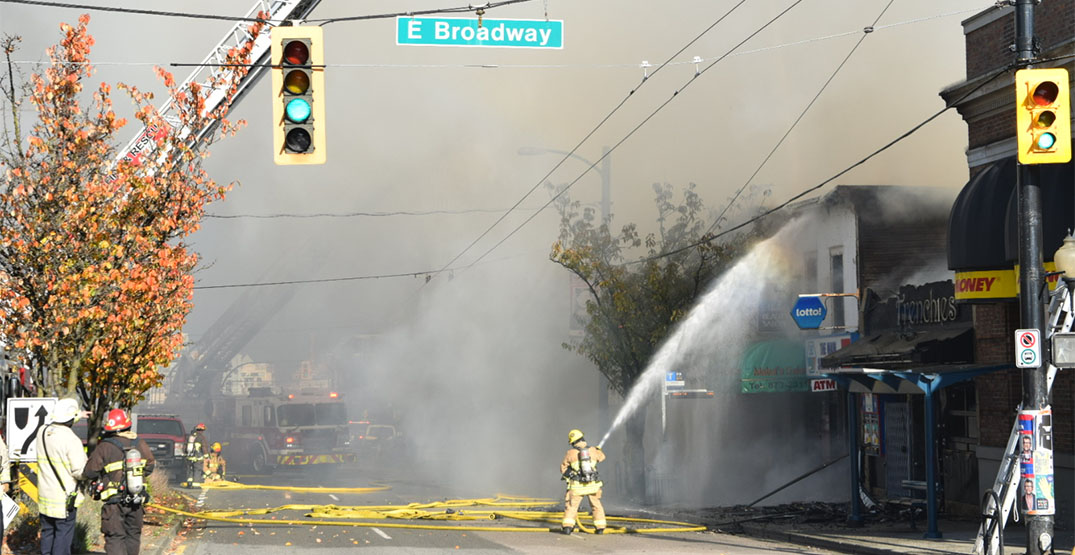 A suspect has been arrested in relation to Thursday’s three-alarm fire in the Mt. Pleasant neighbourhood.

The fire broke out sometime after 10 am on the northwest corner of Main Street and Broadway. Flames were visible inside Frenchies Diner at first, the smoke then appeared to envelop a neighbouring smoke shop. 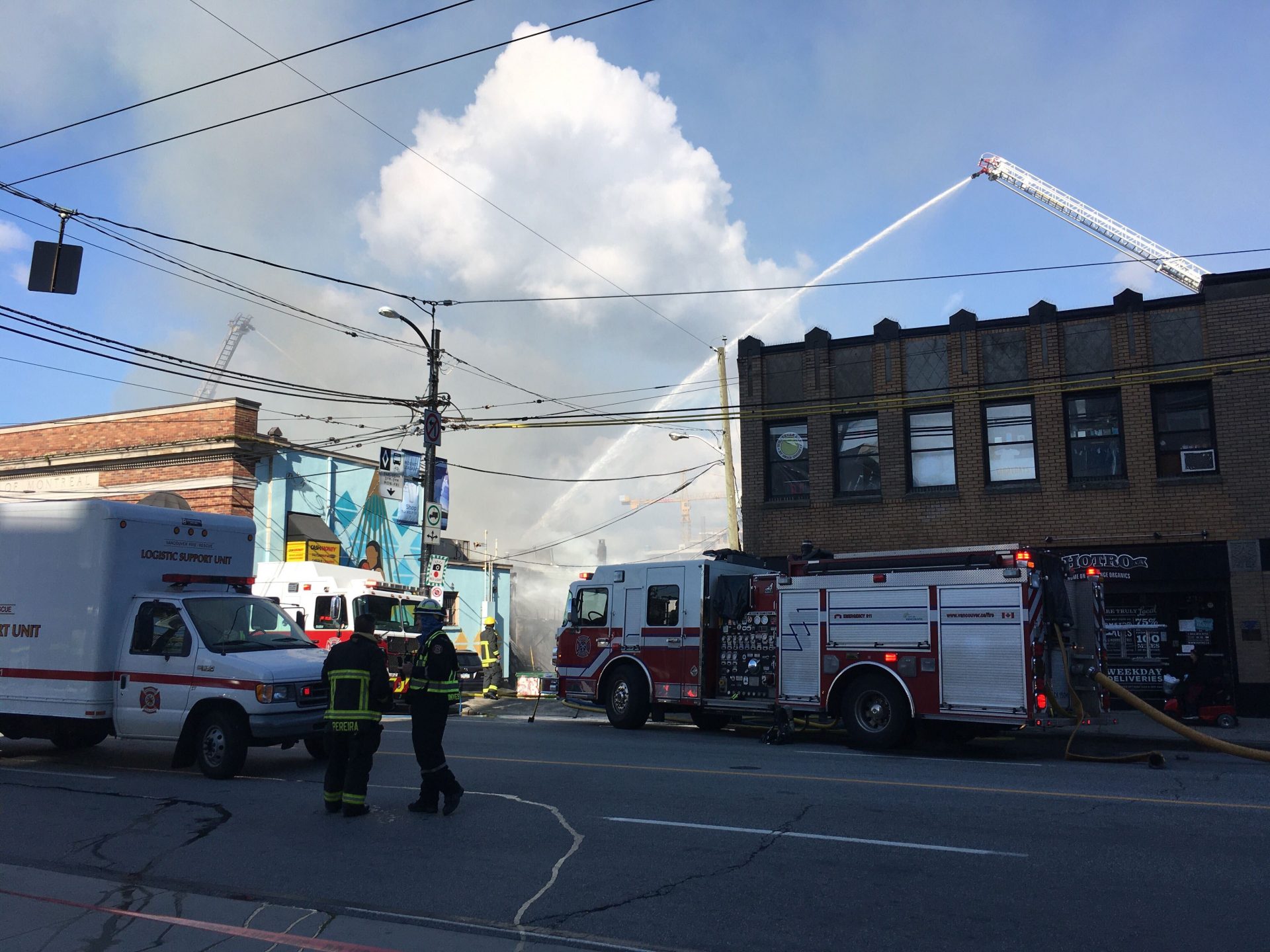 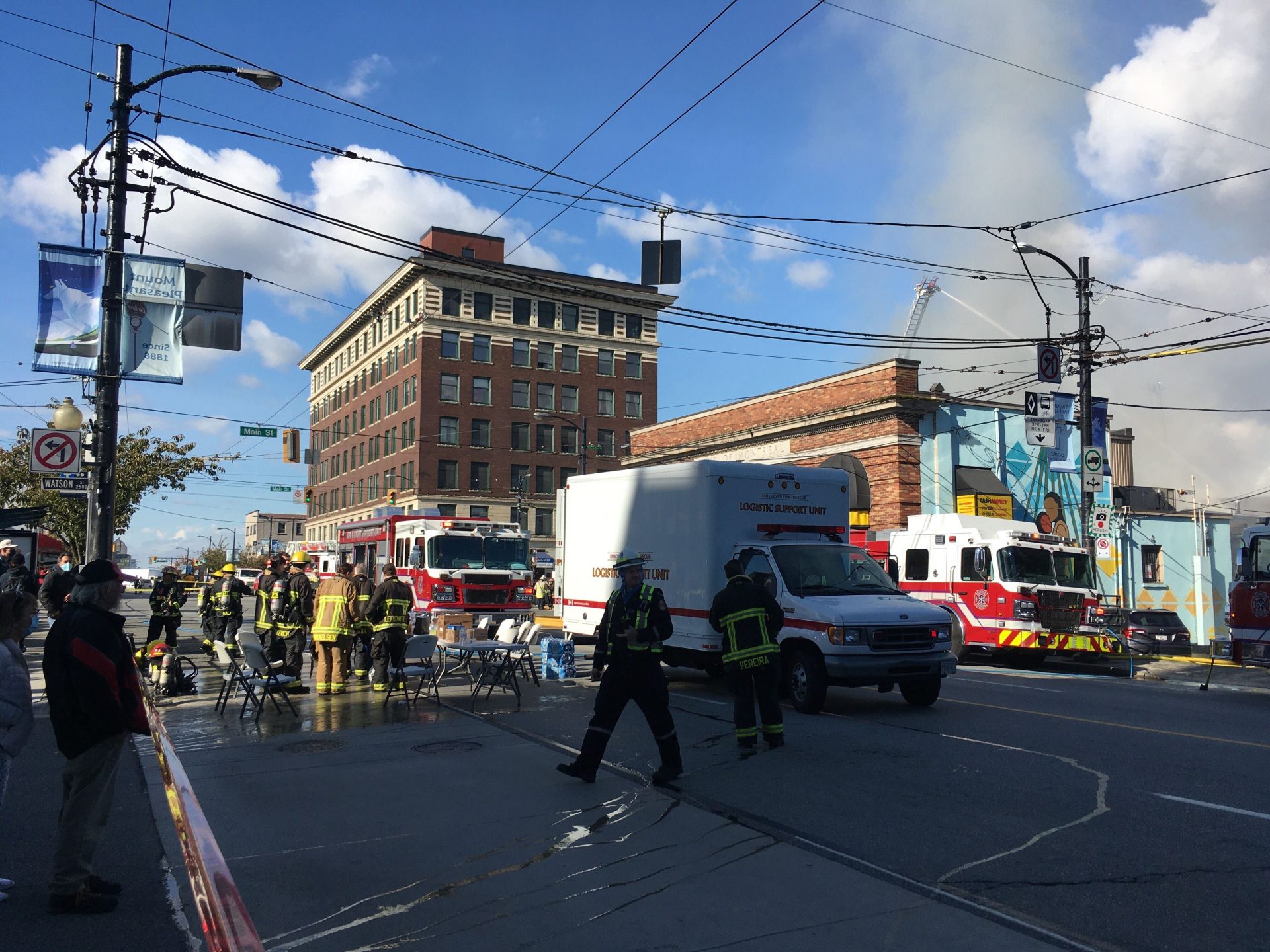 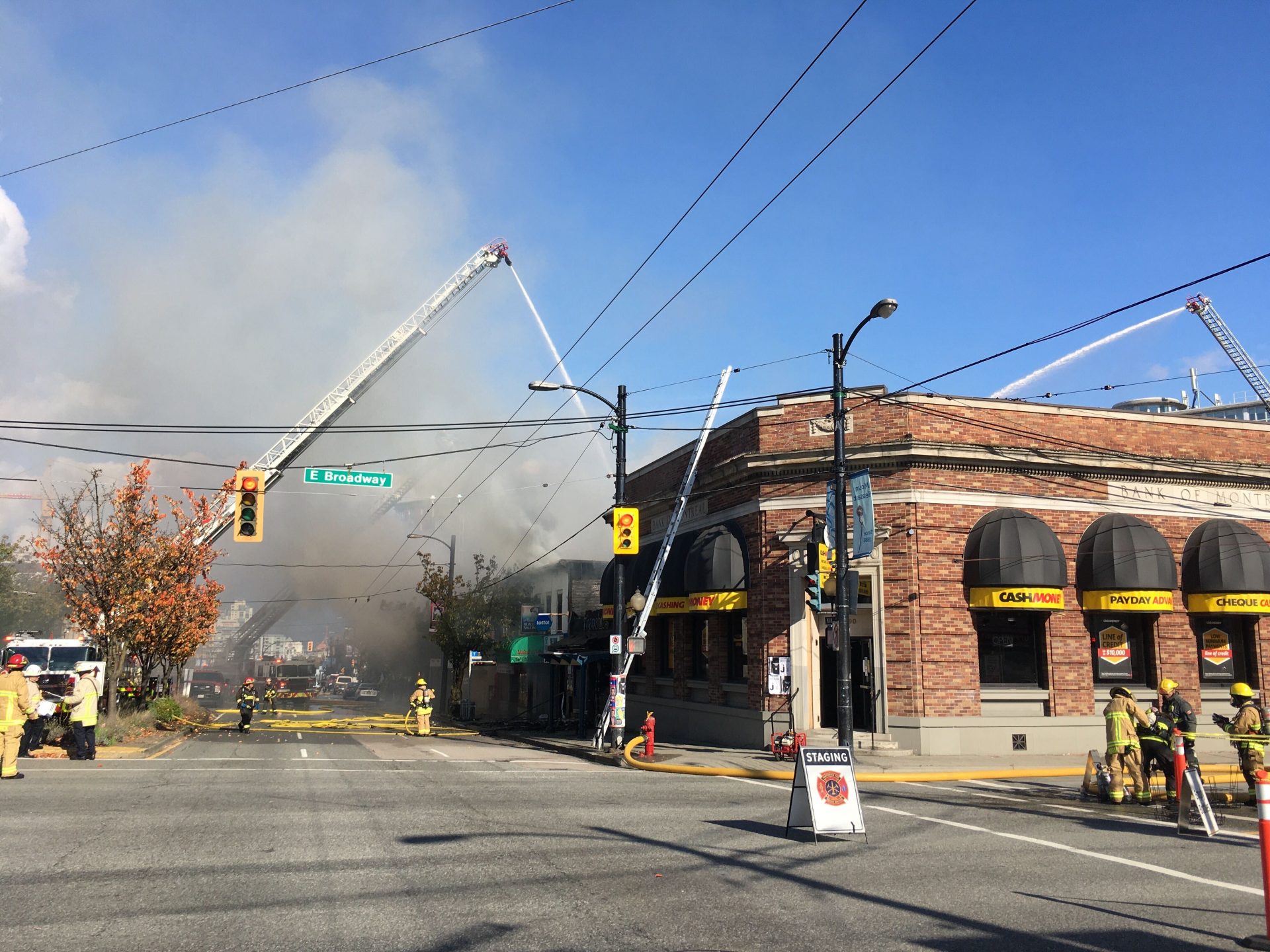 The fire was updated to a three-alarm fire just after 11 am. The Vancouver Police Department (VPD) says that it “engulfed six businesses” on the block and resulted in, “severe structural damages to multiple buildings.”

Several buildings had to be demolished but fortunately, no one was injured. 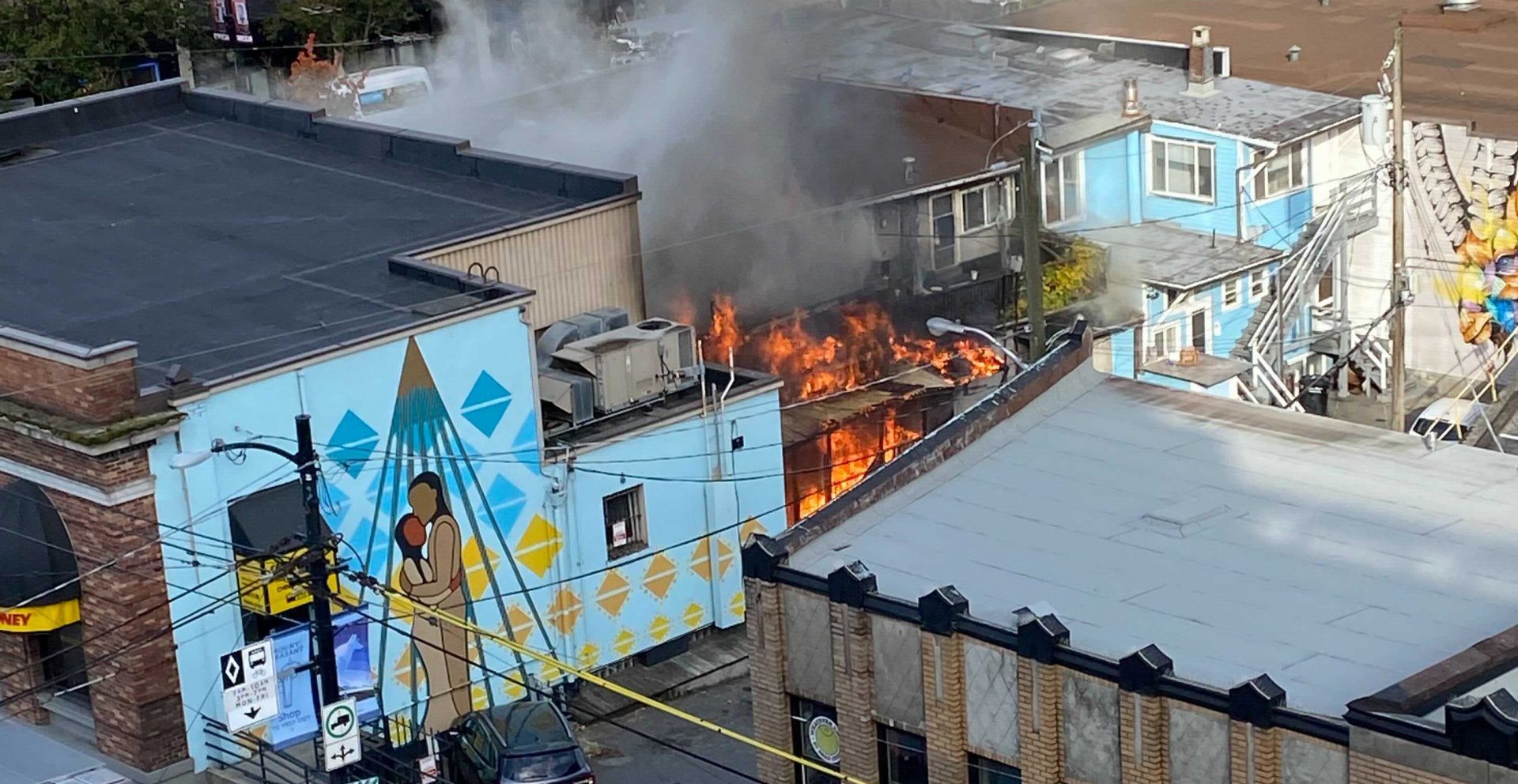 VPD says that a suspect was found and arrested a short distance away, although they were released later on Thursday pending further investigation.

“We know this fire was an arson. Thankfully no one was injured,” says Constable Tania Visintin, VPD Spokesperson.

“An act like this is extremely dangerous and reckless. Investigators are working hard to hold the person or people responsible for this arson accountable.”