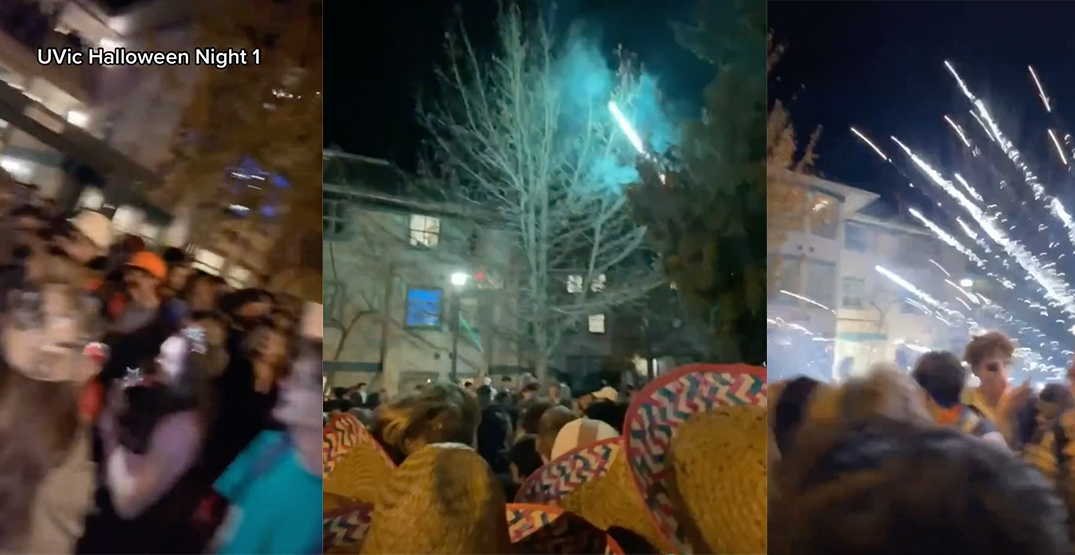 Police in Saanich, BC, had a busy Halloween weekend responding to calls associated with huge Halloween parties near the University of Victoria campus.

Students at the Vancouver Island school donned costumes and got rowdy for the holiday, with videos from the weekend showing fireworks being lit off among huge crowds.

The Saanich Police Department said up to 1,000 people were partying on the street over Halloween, but huge gatherings have been happening every weekend since the start of the semester.

Many attendees aren’t actually students at the university, but they’re drawn to the huge parties, police said.

“Crowds … have been descending upon the campus to consume alcohol, commit assaults, property damage, and disorderly conduct that verge on the brink of rioting,” the force said in a statement.

One person was arrested for lighting fireworks into the crowd, and police said one of their cars was surrounded by a “mob.” In addition, several people required medical attention because they were intoxicated.

Police say they’ll be increasing patrols in the university area on weekends and will be enacting roadblocks to make accessing the neighbourhood harder.