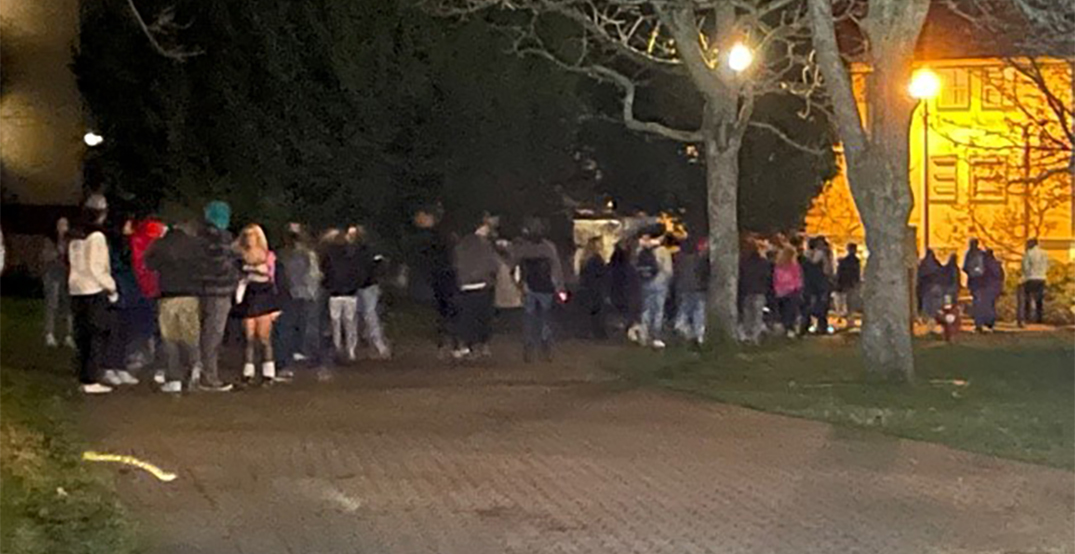 Police on Vancouver Island broke up a party with more than 100 attendees at the University of Victoria over the weekend because it was in violation of COVID-19 public health orders.

Oak Bay Police tweeted that most of the students went home from the Saturday night gathering peacefully and that a handful who didn’t listen to police were handed $230 fines.

“Disappointing given efforts most are making to limit COVID spread,” police said.

Assisted UVIC Security with dispersing a large group of students congregating on Sat night. A couple of them refused to follow direction to disperse after repeated attempts. Each were issued a ticket for $230. Disappointing given efforts most are making to limit COVID spread. pic.twitter.com/O4I6rc9Qky

Oak Bay Police Chief, Ray Bernoties, tweeted that he doesn’t think this group is representative of the more than 20,000 students that attend the university. He added he believes the majority of students in the community are “good kids,” and that he isn’t proud of everything he did at their age either.

Lets keep perspective. @uvic has 20,000+ students. This group had maybe 100 & vast majority were cooperative. 2 were ticketed. We serve 1/2 the campus (& many off-campus) and they’re good ‘kids’ & our future. Not defending them… but not proud of everything I did at 18 either. pic.twitter.com/9jH6MimUDV