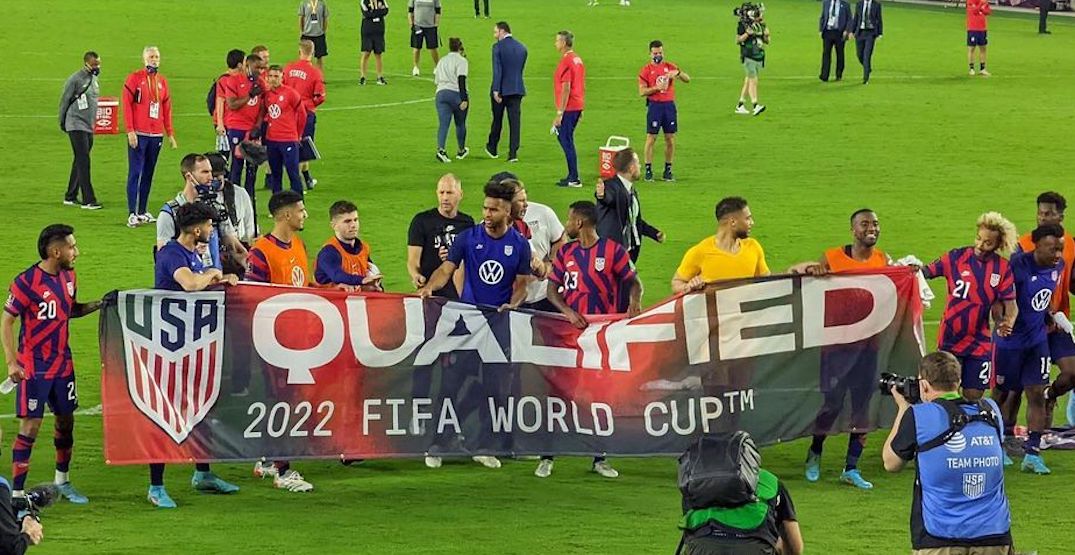 Sunday was a great day for Canadian soccer.

The Canadian men’s national soccer team ended a 36-year drought, qualifying for the FIFA World Cup in Qatar for the first time since 1986. They did so in fine fashion, beating Jamaica 4-0 on home soil in Toronto.

USA Soccer also had a good day. They beat Panama 5-1 for a crucial win of their own in World Cup qualifying, in front of their home fans in Orlando.

After the match in Toronto, Canada unveiled a sign that said “Qualified.” 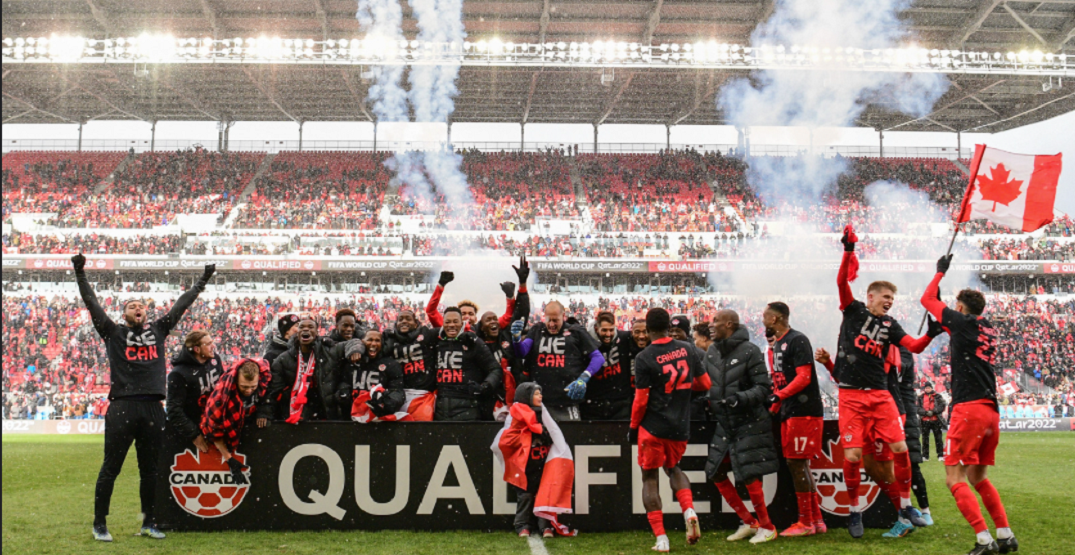 USA did the same after their match.

Just one problem… The Americans haven’t actually qualified for Qatar yet.

Though USA has virtually secured a spot in the World Cup, they haven’t clinched yet, making their “Qualified” banner premature.

USA will qualify as long as they don’t lose by six goals in their final match in Costa Rica. It’s unlikely, but not unheard of to lose by that kind of score — an 8-1 loss to Honduras in 2012 is still etched in the minds of Canadian soccer fans after all.

The banner unveiling appeared to be an error by USA Soccer, with midfielder Christian Pulisic saying the players didn’t know what it said.

“Once we realized it, it was just, there’s no need to show that off because we still have a job to do and we know that,” he said. “That’s why we [removed] it.”

The Americans have every reason to be cautious about something like this. They failed to qualify for the World Cup four years ago after suffering a stunning upset loss to Trinidad and Tobago in their final qualifying match.

Canada is the only country in CONCACAF to qualify for the World Cup so far. 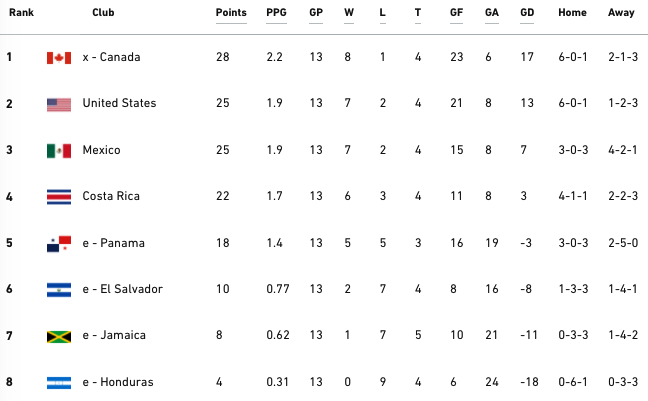 Canada is currently the only country in CONCACAF to have officially qualified for the FIFA World Cup (MLSSoccer.com)

Wednesday is the last day of CONCACAF qualifying matches. Canada can secure the top spot in the group with a win or a draw in Panama. USA and Mexico can each secure a top-three spot, which would guarantee a World Cup berth, with a win or draw. USA plays in Costa Rica, while Mexico hosts El Salvador.

Costa Rica needs to win, and make up considerable ground in the goal differential category, to clinch. Otherwise, they’ll finish in fourth place, which gives them another chance to qualify via an intercontinental playoff.