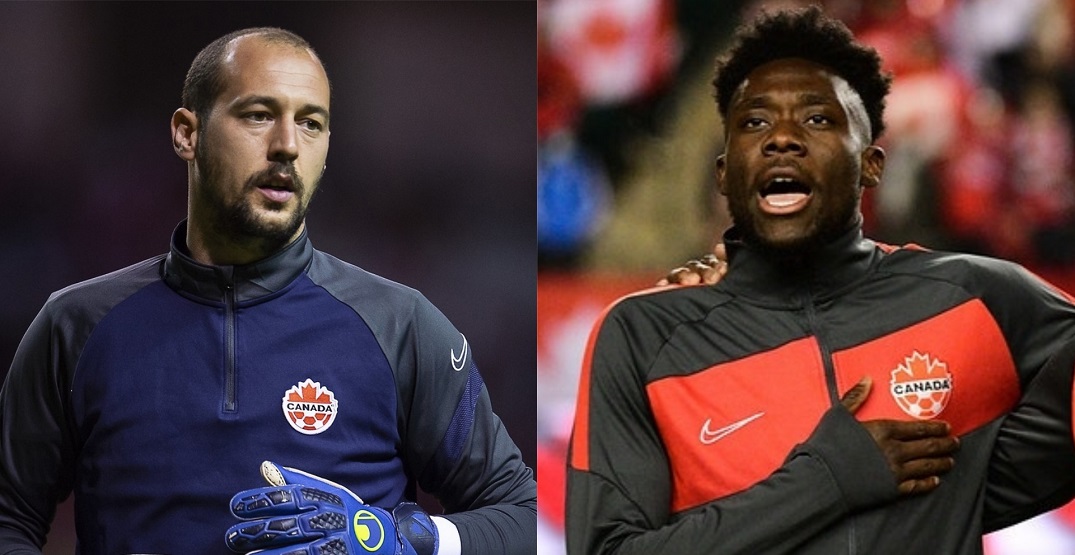 Canada qualified for the 2022 World Cup on Sunday but missed arguably their most important player, with Alphonso Davies left watching the game from Germany.

The 21-year-old Canadian soccer star gave the team and crowd a video message post-match following the team’s 4-0 win against Jamaica that clinched Canada’s appearance in the World Cup later this year.

Davies was unable to make the trip over to Canada while still on the road to recovery from myocarditis, an inflammation of his heart muscle discovered during a checkup following a bout of COVID-19.

“It’s hard. It’s hard when one of the brothers is not here,” Canadian goalie Milan Borjan told reporters after the match. “We have a big brotherhood between us, you know, and it’s very hard [with Davies] not being here.”

Davies hasn’t played for the national team since the November international window and has been sidelined from Bayern Munich since January.

Borjan stated that Bayern was the reason Davies was unable to make the trip to Canada to celebrate with his teammates.

“It’s too bad that he couldn’t be here with us today to celebrate and everything,” Borjan said. “It’s a shame that his club didn’t let him come for two or three days just to be with us here because he’s part of this.”

Canadian coach John Herdman said earlier in the week the team was trying to get Davies to visit the camp but could not make the necessary arrangements. The hope is that Davies will be the talisman of the 2022 World Cup cycle once he returns to full health.

“He has a big future with Canada, with his club, with his career, and we just miss him a lot,” Borjan continued. “I mean, he’s part of this. He’s gonna stay part of us. I wish I wish him a fast recovery and that he can be next camp with us here.”