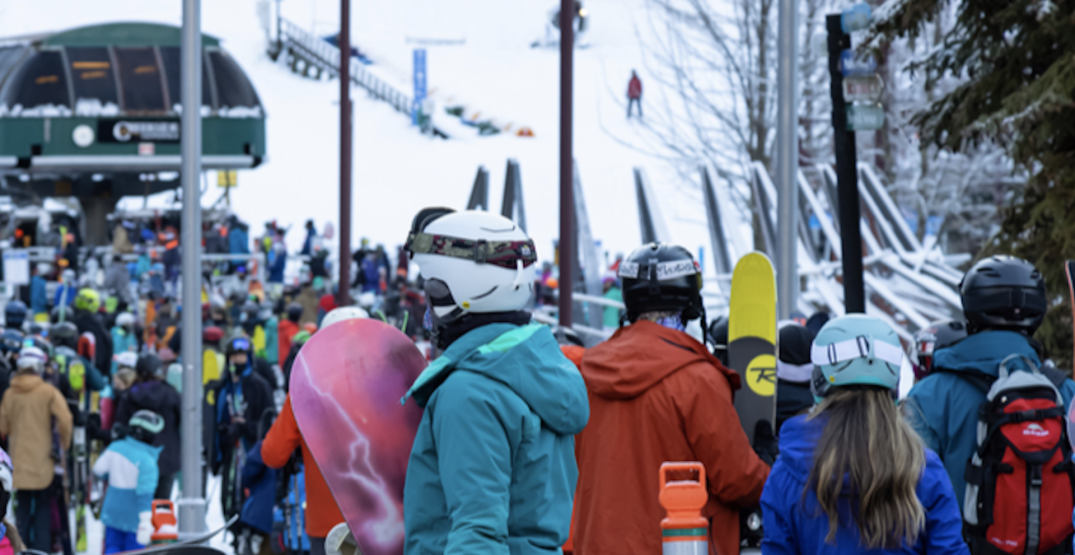 The gondola lineup at Whistler on December 28, 2020 (EB Adventure Photography/Shutterstock)

When it comes to its current handling of the COVID-19 pandemic, BC is “not doing well right now,” according to an American epidemiologist and health economist.

On Twitter, Dr. Eric Feigl-Ding said that while the province handled things well last year, the same can’t be said for how things are going right now. He also noted that BC’s “R rate” – the transmission ability of the virus – currently sits at 1.54.

He also said the province has the highest number of new cases per capita.

Dear friends in British Columbia🇨🇦—you are a beautiful place & I’ve had family live/study there. You handled pandemic well last year. But BC is not doing well right now—it has the highest R currently in 🇨🇦—1.54 (figure from @DFisman) & the highest new cases per capita. Stay safe. pic.twitter.com/1Ku6IqRXEY

Feigl-Ding tweeted the figures as a follow-up to an earlier tweet of his, in which he referred to BC as the “Florida of Canada.”

The reference set off a nation-wide reaction, as people weighed in on whether the label was fair, or if it in fact belonged to another province.

BC health officials said on Thursday that 395 new coronavirus cases have been confirmed in the province, bringing the provincially recorded total to 78,673.

Currently, 7,931 people are under active public health monitoring as a result of identified exposure to known cases, and there have been 10 new COVID-19-related deaths, for a total of 1,348 deaths in British Columbia.